The Failure of the Criminal Procedure Revolution: The Supreme Court's Role in Mass Incarceration

Excerpted From: William T. Pizzi, The Failure of the Criminal Procedure Revolution, 51 the University of the Pacific Law Review 823 (2020) (64 Footnotes) (Full Document) 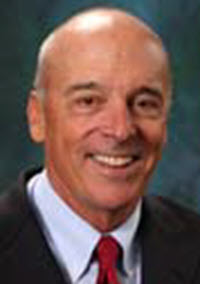 Today, fifty years after the end of the Warren Court and the start of the criminal procedure revolution, the United States criminal justice system is in crisis. Our incarceration rate over the ensuing years has risen dramatically as the following chart from the Sentencing Project makes clear:

The chart shows our prison population historically starting in 1925 and continuing until 2017. What is, of course, shocking is the steep increase in the U.S. prison population that begins in the mid-1970s and continues sharply upward for the next few decades until 2009 when the number levelled off and there is a slight decline in the last several years.

It would be easier to understand the sharp and sustained rise in our incarceration rate over the last forty years if it were a common phenomenon among other western countries. But other western countries have incarceration rates that have held rather steady over the period when our rate rose sharply. The press has given quite a bit of attention to this contrast between the U.S. incarceration rate and the rates in other countries. The New York Times, for example, published a front-page article in 2008 on the topic complete with an interactive chart that allowed readers to click on different countries around the world and compare incarceration rates. When a reader did so, it was clear why the headline of the article intoned that Inmate Count in U.S. Dwarfs Other Nations'.

The article noted--what is clear from the above chart--that from 1925 to 1970, the rate was stable at roughly 110 people in prison per 100,000 people. After 1970, the incarceration rate began to significantly increase.

The typical response to the disparity in incarceration rates blame this terrible situation on one or two of several factors: “It was the war on drugs” or “It was harsh sentencing laws.” What you will never hear is: “Unfortunately, our criminal procedure revolution stemming from the Warren Court years failed.” This article asserts precisely the last point: an important factor in our escalating incarceration rate was the failure of the criminal procedure revolution.

Now let me quickly put my argument in perspective. I am not absolving our drug laws or our harsh sentencing laws of any blame in our present crisis. Nor am I saying the criminal procedure revolution “caused” our incarceration rate to rise. There were many factors in the rise. What I am saying is that for too long we have preferred to avoid a topic that is painful to many who grew up in the Warren Court era--that not everything the Court did turned out well. I include myself in this group. As a law student, then a prosecutor, and then a “baby” professor, I could see little wrong with many of the Court's decisions. But as I evolved into an elderly comparatist who has spent many hours in courtrooms all around the world, I now have a different perspective on what the Court did.

This article will discuss one way in which we differ from other common law countries--the Court's expansion of the right to jury trial to misdemeanors in Baldwin v. New York in 1970.

But before I talk about that case and the issues involved, I want to explain why the criminal procedure revolution was always going to be very risky. Section I of this article will discuss the risks of constitutional rulemaking.

Section II will discuss the importance of trials for keeping incarceration rates in check.

Section III will then turn to Baldwin and explain how the insistence that misdemeanors be tried to a jury was a serious mistake.

The criminal procedure revolution took almost all Bill of Rights protections intended for the federal system and applied them equally to state systems without taking the differences into account. State systems have more cases, they have more violent crimes, they have more interpersonal crimes, and they have vastly more minor criminal cases. The procedures that apply to federal cases--serious, often highly complex cases--are unworkable for minor criminal cases.

A sad commentary on the state of affairs in misdemeanor courts is a report put together by public defenders in the Bronx (a borough of New York City) entitled, No Day in Court. The report describes what happened to a cohort of 54 marijuana possession cases in the period between March 2011 and March 2012. The public defenders and their clients wished to take these cases to trial because they thought they were winnable.

The title sums up what unfolded. Even though the defendants wanted to challenge the charges against them not a single suppression hearing was ever completed. Eventually, the majority of the defendants were simply worn down by the process and accepted conditional release agreements or pleas to disorderly conduct charges. Approximately 30% of the cases were eventually dismissed outright. But those defendants paid a price because it took on average five court appearances and 270 days to get the cases dismissed.

The report details the toll the process exacted on defendants as they were required to return to the courthouse again and again to await hearings that rarely took place:

After making it into the courthouse, they must wait, sometimes for hours, in crowded courtrooms, where judges frequently hear in excess of 100 cases a day, before having their cases called. And because prosecutors rarely reveal whether they will state “ready” for hearings and trial until the case is called on the record, the wait is colored by anxiety and uncertainty.

Beyond the physical and psychological toll exacted by these delays, each postponement brings with it the potential for another missed day of work, lost wages, school absence, rescheduled medical appointment, financial hardship, or childcare emergency. Clients must pay for transportation to and from court.

Repeated absences from work strain relationships with current employers, and potential employers are less likely to hire clients when a background check reveals a pending criminal case. Clients working in the public sector or in jobs requiring state-issued licenses--such as security guards, home health aides, or cab drivers--are especially vulnerable, as an open case may lead to an immediate suspension without pay and, ultimately, termination.

It is fair to put a share of the blame for No Day in Court on the prosecutors and judges. It is also fair to see what happened as revealing serious problems with the speedy trial statute in New York. But a share of the blame stems from the Court's decision to expand the right to jury trial to minor criminal cases. Complicated and expensive trial procedures can be a weapon that wealthy and sophisticated defendants can sometimes use to wear down prosecutors and judges. But complicated and expensive trial procedures can also be a weapon that prosecutors and judges can use to wear down defendants who are poor and powerless.

If we wish to lower our incarceration rate significantly, we have to start talking critically about some of the major planks of the criminal procedure revolution, no matter how painful the conversation.

This article is a shortened version of Chapter 2 of The Supreme Court's Role in Mass Incarceration (forthcoming Routledge).

William T. Pizzi is Professor of Law Emeritus at the University of Colorado Law School.