Where Is the Strike Zone? Arguing for a Uniformly Narrow Interpretation of the Prison Litigation Reform Act's “Three Strikes” Rule 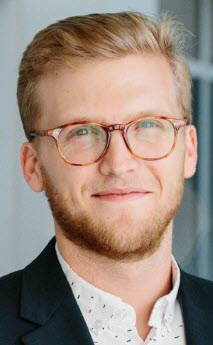 Indigent prisoners in the United States have limited access to the courts. Section 1915(g) of Title 28 of the United States Code states that indigent prisoners who have filed three “frivolous” actions in federal court and had them dismissed--thereby accumulating “three strikes”--are statutorily barred from bringing a civil claim in federal court, unless they are in “imminent danger of serious physical injury” or can pay the filing fees out of pocket. While this “three strikes” rule was passed to reduce the number of cases on the federal docket, it has instead created myriad conflicting interpretations in federal courts and placed unnecessary obstacles before indigent prisoners seeking justice. The law's effects conflict with the importance of access to the courts, which both Congress and the Supreme Court have consistently championed. This Comment provides a remedy that will ensure that (1) indigent inmates have access to courts, (2) courts limit frivolous litigation, and (3) judges adhere to sound statutory interpretation.

The statutory culprit in this Comment is the Prison Litigation Reform Act (PLRA). The PLRA was passed in 1996 in an effort to decrease the number of filings in federal court and improve the quality of those filings. The pertinent provision of the PLRA that this Comment examines is the “three strikes” rule, which sharply reduced indigent inmates' access to the courts. The “three strikes” rule is a mandatory prohibition against filing any “litigation in forma pauperis (without prepayment of fees) if three or more actions or appeals have been dismissed as frivolous, malicious, or for failure to state a claim.” While this may seem like a difficult bar to meet, the vast majority of prisoners file their actions pro se, are not legal professionals, and rely on outdated prison law libraries, so they often lack the requisite knowledge to avoid filing errors and can accumulate strikes even while trying to bring an otherwise meritorious claim. Further, the rule has no statute of limitations, so a strike is permanent, no matter when it is issued. Once prisoners have accumulated those three strikes, they are not able to file a claim--regardless of its merit--unless they are in imminent danger of serious physical harm or can afford to pay the hundreds of dollars out of pocket.

When interpreting the “three strikes” rule, federal courts have failed to find consensus on three broad issues. First, courts are split as to what counts as a “dismissal” deserving of a strike. Second, courts have failed to find a universal definition as to what constitutes “imminent danger.” Finally, courts are split as to whether a prisoner can appeal their third strike in forma pauperis. The stakes of interpretation are high. For example, when the rules as to what constitutes a strike are construed liberally, strikes are more likely to be applied, even if the dismissal is not for one of the statute's enumerated grounds. Or, when courts narrowly interpret the “imminent danger” exception, prisoners' claims of harm will be dismissed if there is no “nexus” between the alleged injury and the legal claim. Thus, the likelihood that an indigent prisoner will not be able to bring a civil claim can increase enormously-- including claims of religious discrimination under the First Amendment and claims of cruel and unusual punishment under the Eighth Amendment--even when the claim is meritorious, solely because of a court's interpretation of the “three strikes” rule. Even worse, if the inmate is barred from appealing their third strike, they are bound by the district court's ruling, whether correctly or incorrectly decided.

This Comment contends that there exists a way to properly interpret 28 U.S.C. § 1915(g) that serves the government's interest in providing efficient judicial services, while also ensuring that indigent inmates are not barred from the courts. Thus, this Comment proposes a three-part solution that the Supreme Court should adopt the next time it has the opportunity to grant certiorari on this issue. First, courts should narrowly interpret what it means to “dismiss” a case, creating clear rules for whether a strike should be awarded. Second, courts should broadly define what it means to be in “imminent danger.” Finally, courts should permit indigent prisoners to appeal their third strike in forma pauperis.

Part I examines the passage of the PLRA, its purpose, and its effects, ultimately finding that Congress scapegoated prisoners in an attempt to remedy a problem that Congress itself created. Part II analyzes the Court's interpretation of the fundamental right to access courts, including when federal courts have directly addressed the constitutionality of the PLRA.

Part III then assesses the three questions of interpretation that have plagued federal courts. First, section A surveys how courts have interpreted what it means to dismiss a case and argues for a narrow, text-based interpretation. Second, section B analyzes courts' definitions of what it means to be in imminent danger of serious physical harm and argues for a broadly construed definition. Finally, section C discusses whether to allow a prisoner to appeal their third strike in forma pauperis, arguing that prisoners should be able to do so.

Throughout Part III, this Comment argues that a faithful application of the tools of statutory interpretation mandates that courts interpret dismissals narrowly, interpret the imminent danger exception broadly, and allow inmates to appeal their third strike to avoid unnecessarily inhibiting inmates' access to the courts.

Congress passed the Prison Litigation Reform Act to reduce the increasing amount of inmate litigation in federal courts, but the PLRA was an incorrect solution to a problem of Congress's own making. Claims per inmate stayed relatively stagnant--even dropping from the highwater mark in 1981--but the number of those incarcerated spiked. The plight of the indigent inmate, who finds it nearly impossible to obtain the necessary funds to pay a court filing fee, was made more difficult by the PLRA.

The constitutionality of the PLRA has been upheld but has not been recently challenged. In the nearly twenty-four years since its passage, courts have not settled on how to interpret the statute's different provisions. Many courts have gone beyond the statute to apply strikes to inmates on grounds that are not provided in the statute itself. Consequently, § 1915(g) is in jeopardy of becoming unconstitutional because it is restricting inmates from filing meritorious actions. This is even more true after the Supreme Court's decision in Lomax v. Ortiz-Marquez.

This Comment presents a way forward based on sound, text-based statutory interpretation, and it seeks to fulfill the PLRA's purpose without overburdening our nation's incarcerated population. The narrower interpretation provides uniformity and clarity, which would reduce litigation surrounding the statute. The result is that inmates will be able to successfully file meritorious claims in forma pauperis. America's inmates do not lose their fundamental right to access the courts by virtue of being incarcerated, and the narrower interpretation of the statute ensures its constitutionality by protecting inmates' right to access the courts.