The Islamic Position on Capital Punishment: A Restorative Justice Model Which Aligns with International Law, and Inspires Reasoning for Prison Industrial Complex Abolition in the U.S. 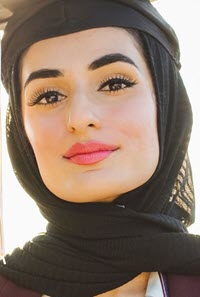 The Islamic teaching on capital punishment for murder, or qisas, offers a restorative justice model. Restorative justice models repair harm by encouraging interactions between the offender, victim, community, and government alike to determine what justice looks like after a crime occurs. Qisas encourages the family of the victim to either forgive the defendant completely or to accept reparation money from the defendant, instead of using capital punishment. While the duty to execute lies with the state, the option to forgive lies with the heirs of the victim. By encouraging compassionate interactions between the defendant and the victims' heirs, the Islamic teaching on capital punishment embodies a restorative justice model.

This restorative justice model for capital punishment aligns with international law. The International Covenant on Civil and Political Rights (ICCPR) does not prohibit capital punishment. Though Article 6 of the ICCPR indicates a preference towards abolition of the death penalty, it nonetheless provides guidelines for its just implementation. The Article requires that the death penalty only be imposed “for the most serious crimes in accordance with the law,” and that it not run contrary to the ICCPR or the Convention on the Prevention and Punishment of the Crime of Genocide. It further clarifies that anyone sentenced to death has the right to seek pardon or commutation of their sentence, and prohibits the execution of any person under 18 years of age, or pregnant. Qisas aligns with Article 6 of the ICCPR due to its limited scope to murder, constraint on the consideration of social characteristics of the offender by the government, and promotion of a restorative justice model which provides the victims' heirs discretion to forgive the offenders.

Despite the restorative justice nature of qisas and its compliance with international law, it is not the solution to the prejudices plaguing the implementation of the death penalty in the U.S. Many scholars agree that Islamic law cannot be implemented absent the social security scheme envisioned by Islam. If the state is not providing its citizens with basic socioeconomic welfare, how can it punish them for crimes which are the result of this lack of basic resources? This logic regarding the injustice of the state implementing criminal legal penalties without providing its people basic economic justice can be applied beyond Islamic law. It can be applied to the United States (U.S.) criminal legal system, and not only to corporal punishment in the form of the death penalty, but also to incarceration. Furthermore, in the U.S., this lack of economic justice is compounded by a lack of racial justice. The current U.S. criminal legal system is by design a continuation of historic, systemic discrimination against African Americans by the state. Applying the logic which is often used to explain why Islamic law cannot be implemented in modern society to the U.S. criminal legal system provides a powerful argument for prison industrial complex (PIC) abolition. The hypocrisy of the wealthiest nation on earth enforcing criminal legal penalties for crimes that are the result of conditions it has the duty to ameliorate in the first place is overwhelming. There is no reason this logic should be limited to corporal punishment such as the death penalty when the effects of incarceration are equally inhumane.

The Islamic teaching of capital punishment for murder lays out a restorative justice model, by giving the heirs of the victim the option to forgive the perpetrator. This model aligns with international standards for capital punishment, as described by Article 6 of the ICCPR. Like all Islamic criminal legal penalties, this teaching cannot be rightfully implemented unless the state first implements the basic social security scheme envisioned by Islam. The U.S. should similarly consider whether it has the right to enforce criminal legal penalties on its populace, without first providing them with basic economic justice. This includes not only corporal punishment in the form of the death penalty but also incarceration, which scholars have argued is equally inhumane. It would be hypocritical for the U.S. to enforce criminal legal penalties for crimes that are the result of conditions it has the duty to ameliorate in the first place. Furthermore, it is an abomination for a nation whose criminal legal system was designed to oppress African Americans to continue implementing criminal legal penalties which disproportionately impact them and other racial minorities.