Sonic Jihad--Muslim Hip Hop in the Age of Mass Incarceration 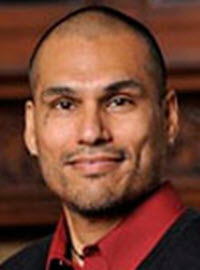 Sidelines of chairs neatly divide the center field and a large stage stands erect. At its center, there is a stately podium flanked by disciplined men wearing the militaristic suits of the Fruit of Islam, a visible security squad. This is Ford Field, usually known for housing the Detroit Lions football team, but on this occasion it plays host to a different gathering and sentiment.

The seats are mostly full, both on the floor and in the stands, but if you look closely, you'll find that this audience isn't the standard sporting fare: the men are in smart suits, the women dress equally so, in long white dresses, gloves, and headscarves. These are the members of the new Nation of Islam, and they are waiting for their leader to take stage. After a brief introductory speech, the speaker, Ishmael Muhammad, announces: “Here is the Honorable Minister Louis Farrakhan!”

“Allahu Akbar” translates to “God is great.” It is a call that has become widely recognized and associated with extremist Muslims in recent years, but chances are you haven't heard it quite like this. The gathered crowd chants in rapid succession. “Allahu Akbar!” “Long live Muhammad!” “Farrakhan, Farrakhan!” The crowd then erupts into applause as Farrakhan stands before the pulpit. This is Saviours' Day, the biggest event of the year for the Nation of Islam (NOI). The year 2007 is the 77th anniversary of the NOI, and Farrakhan is visibly pleased to see so many believers before him. He addresses them softly, like a kindly grandfather, as his “brothers and sisters.”

Everyone before him is a brother or a sister under the wide umbrella of Islam, and today is a day for building bridges. Upon the stage with him is a flock of “distinguished guests . . . teachers, scholars, theologians, pastors, Imams, politicians, businessmen, and artists.” To his left, sit these distinguished guests from the outside world, and to his right, sit a group of equally distinguished members of the NOI itself. His speech is heartfelt, his smile broad.

Farrakhan's words are a lesson in how to reach the youth--and focusing on what works. As radio and television have offered black children a poor set of role models, Farrakhan has sharp words for showbiz; yet at the same time, he is conscious of what famous people can do for the NOI--after all, when Malcolm X helped convert the boxer Cassius Clay into “Muhammad Ali,” it was a powerful push for the organization. Thus instead of simply shunning entertainment, Farrakhan chooses a different route, one that finds a place for rap music in God's work:

Hip-hop is an art, and don't you talk down on it just because it has something in it that may not be to our liking. Talk up to it, because the hip-hop artist is the new leader. He leads the people wrong, but the same leader that leads them wrong can lead them right if you put the right message in their heads and in their hearts. Let's go get our hip-hop artists! Let's break the bond between these destructive CEO's and producers that tell conscious lyricists that that's not going to sell and force them to do filthy lyrics in the name of selling filth to our people.

Farrakhan's aim is not to shun art, but rather to embrace it. His plan is not simply to accept hip hop as an artistic form and means of spreading the faith, but beyond, to try to convert those hip hoppers who are already famous. Farrakhan's approach is an active mission: “Let's go get our hip-hop artists!” This attitude likely helps to account for Islam's continued success in hip hop culture and the respect Farrakhan holds.

By the end of his speech, Farrakhan effectively portrays hip hop culture as an important part of recruitment efforts. His attitude makes the rap world not just fair game for preaching efforts, but a main target, just as prisons are. For a genre of music that is shunned by many in a manner similar to the way prisoners are shunned by society, Farrakhan sees something else. For those familiar with hip hop and prison history, what he sees is clear: Islamic symbols, names, and ideology have infused the very core of hip hop and prison culture. The history traces to Farrakhan's teacher, Elijah Muhammad, whose message spread rapidly in American penitentiaries beginning in the 1950s. The fusion of these creative forces would create a cadre of holy warriors with an artistic message bent on chanting down walls that hold many of their brethren captive.

This essay examines these musical works as a form of legal criticism. It focuses on the music as critical resistance and “new terrain” for understanding the law. More specifically, it focuses on what prisons mean to hip hop culture. Losing friends, family, and loved ones to the proverbial belly of the beast has inspired criticism of criminal justice from the earliest days of hip hop culture. In the music, prisons are known by a host of names like “pen,” “bing,” and “clink,” terms that are invoked throughout the lyrics. The most extreme expressions offer violent fantasies of revolution and revenge, painted within a cosmic worldview that likens present conditions to the slave system that first brought African Muslims to America as slaves. The discursive war challenges the notion that the most radical voices in Muslim America are to be found in mosques or other Muslim gatherings. Such a position must contend with this sonic jihad and its aural assault against prisons.

The essay continues as follows: The Hip Hop Generation: Down by Law traces criticism of the law to the pioneering days of hip hop culture. It shows that hip hop music has been a powerful medium for protesting the law, particularly police and prisons. In The Gods of Hip Hop, the essay examines the Muslim contribution to the anti-prison campaign. It begins by situating the discussion within an Islamic context and traditional religious ideas about imprisonment. This approach lends an interpretive lens for the music, lyrics, and advocacy of artists. Conclusions--Still Spitting Fire at the Enemy ends by considering the political implications of this extremist messaging. This ending aims to leave the reader certain of how Muslims have supported hip hop, including in the struggle with its greatest enemy. In this ongoing war of words, Muslim artists continue to attack with brimstone war rhetoric that rivals any jihadist organization. These voices arguably represent the most radical Islamic discourse in America today that undoubtedly ranks Muslim rappers among the most cutting-edge critics of mass incarceration.

For Muslims specifically, there are additional lessons. Perhaps the most obvious is that intra-Muslim race relations would do well to imitate Farrakhan's lead of being inviting and embracing of many. As it stands, immigrant Muslims have little engagement with their African-American and Latino counterparts. Even in light of the various benedictions for Muslims to help prisoners, this may be the exception among Muslim organizations.

Finally, failure to be more inclusive and embracing of these groups may result in unintended consequences. For example, beyond this sonic jihad is Latino Muslim movements of terrorist activity. The trend is telling since it depicts a number of Latino extremists, which is disproportionate to the U.S. Muslim population. These realities should signal to the broader Muslim community the need to engage Latino Muslims more actively. Muslims of Arab and South Asian descent must find ways to build inroads beyond their ethic groups, lest they leave the work to others who can capitalize on the estrangement. It is not hard to fathom Farrakhan's hip hoppers linking up with Al-Zawahiri's American followers, all of which is grounded on “enemy of my enemy” logic, with police and prisons being the common denominator. Although these ideas may seem fanciful, one need only look to the Middle East and the creation of ISIL to see how the American occupation of Iraq helped to create unlikely alliances. Hip hop has been screaming about a different sort of occupation for decades-- only time will tell who is listening.