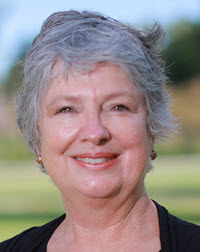 Last year, our country witnessed an outpouring of protest against police violence and in favor of racial equality in response to the tragic death of George Floyd. Thousands of protestors thronged the streets in our nation's cities, suburbs, and even small towns in all fifty states. Polls taken during the peak of the protests showed that seventy-four percent of Americans supported the protestors, and support for the Black Lives Matter (“BLM”) movement remains high. Supporters of BLM cross both racial and partisan lines, a rare moment of consensus in this polarized and divided nation. Along with a movement of prison abolitionists, BLM leaders are challenging the very structure of policing in our country. Activists demand a reckoning with the truth of racial discrimination and subordination in our nation's history and its manifestations today, marked by a renewed interest in reparations for descendants of victims of slavery and racial violence. The BLM movement is the most visible manifestation of what some activists are calling the Third Reconstruction, a transformative period in our history demanding structural change to advance racial equality. Along with police reform, improving the lives of low-wage workers is central to the Third Reconstruction.

Founded in 2013 by three young Black women, the BLM movement gained national prominence a year later when a police officer killed Michael Brown, a young Black man, in Ferguson, Missouri. Many BLM protestors are part of a new wave of abolitionists, calling for the abolition of prisons and police departments. These new abolitionists trace key aspects of today's carceral state “back to slavery and the white supremacist regime that replaced slavery after white terror nullified Reconstruction.” Prison abolitionists recognize the link between the prison industrial complex and the subordination of low-wage workers, particularly workers of color. As Dorothy Roberts has noted, “the expanding criminal justice punishment system functions to oppress black people and other politically marginalized groups in order to maintain a racial capitalist regime.”

The new abolitionists are particularly concerned about the use of unpaid labor by corporations linked to privately owned for-profit prisons, but the link between the carceral state and the oppression of low-wage workers goes well beyond the use of labor in prisons. From the convict leasing system of the Jim Crow South to the reliance on undocumented workers who have virtually no enforceable rights, employers have often used the criminal justice system as a means to exploit the labor of workers of color and have relied on racism to prevent class solidarity between low-wage workers. To combat this racial capitalist regime, activists in the Third Reconstruction are also calling for structural economic change.

At the same time as the rise of BLM, the coronavirus (“COVID-19”) crisis laid bare the link between racial and economic inequality People of color were disproportionately likely to be infected by COVID-19 and to die from the disease because they are more likely to be poor, with less access to quality health care, and working in underpaid “essential” jobs. Heightened awareness of the economic dimension of racial subordination has spurred advocates for workers' rights to focus on organizing and aiding low-wage workers of color. According to the Reverend Dr. William J. Barber II, leader of the Poor People's Campaign, “[n]othing less than a Third Reconstruction holds the promise of healing our nation's wounds and birthing a better future for all.” The economic subordination of people of color inflicts its own violence on Black, Indigenous, and People of Color (“BIPOC”) communities. In fact, the systemic racism reflected in police violence is inextricably linked to the history of racial and economic subordination of low-wage workers in our country.

Today we are seeing a reprise of civil rights unionism in the Poor People's Campaign, The Fight for $15, and the effort to organize low-wage workers into unions. Civil Rights unionists' advocacy for a living minimum wage dates back to the demand made by the organizers of the March on Washington for Jobs and Freedom in the summer of 1963. The Poor People's Campaign, which advocates for racial and economic justice, dates back to the mid-1960s when Dr. Martin Luther King, Jr. worked with the organization to advocate for workers' rights and the expansion of the welfare state. According to Reverend Dr. William J. Barber II, “[s]omething inside the human spirit cries out against the injustice of inequality when you know people who have to choose between food and medicine in a country where CEOs make more in an hour than their lowest-paid employees make in a month.”

This Essay reaches back to the First Reconstruction to consider an underutilized constitutional tool for liberty and empowerment--the Thirteenth Amendment. The Thirteenth Amendment prohibits slavery and involuntary servitude and empowers lawmakers to address the badges and incidents of slavery. Abusive policing and the subordination of low-wage workers of color are both manifestations of the involuntary servitude that continues to plague our nation almost two centuries after the abolition of slavery. Activists today are demanding the “practical freedom” embodied in that Amendment.</p

George Floyd's death at the hands of a Minneapolis police officer was a national tragedy that triggered a movement. However, George Floyd suffered from systemic racism throughout his life. Floyd's story is in many ways the quintessential story of African Americans. Floyd was the descendant of enslaved people and sharecroppers, raised by a single mother in a public housing development in a predominantly black neighborhood. Floyd attended underfunded public school and got caught up in the criminal justice system due to minor drug offenses. Floyd's criminal record made it hard for him to find a job in his native city of Houston, so he moved to Minneapolis to start a new life working part-time at a local nightclub and training to become a commercial truck driver. In the weeks leading up to his murder, Floyd contracted COVID-19 and lost his job when the nightclub closed down. The Third Reconstruction must address racialized violence such as the death of George Floyd. It also must address the precarity of George Floyd's existence as a low-wage worker of color before he died. The Thirteenth Amendment provides a tool for achieving this goal.