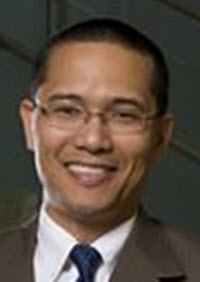 When the U.S. Supreme Court's 6-3 Ramos v. Louisiana opinion was released in April 2020, most commentary focused on the crux of the case: that the Court decided to ignore earlier precedent and require states to insist on unanimous jury verdicts in criminal cases with severe penalties.

In contrast, very few pundits focused on the racial debate simmering beneath the Court's exegesis of incorporation and stare decisis. It is this racial debate about law and culture that this Essay addresses.

The Essay proceeds in three parts. First, it reexamines Ramos by unearthing the racial debate between the Justices, revealing a fault line common in contemporary cultural discourse about the relevance of race in informing law and policy. Part II applies these Ramos race-debate insights to the recent killing of Ahmaud Arbery and the phenomenon of “jogging while Black.” The seemingly race-neutral law-and-order policies that permit unlicensed gun carrying, citizen's arrests, and robust self-defense create greater risks for young Black men whom society perceives as more threatening than their white counterparts. Part III suggests a way forward via lessons from moral psychology. If, as moral psychologists argue, conservatives and liberals look at the world through very different lenses, then progress might be achieved through an acceptance and embrace of these different perspectives, while recognizing that our Constitution's highest ideals value inclusion toward a more perfect union for all.

In his column on the Ahmaud Arbery killing, commentator Gerard Baker expressed concern that the media's allegedly singular focus on white-on-Black “hate crimes” obscures the truth:

Certainly, given the nation's history and continuing social inequalities, a heightened sensitivity should be accorded evidence of racist violence by white people. But we have gone way beyond heightened sensitivity, to the point of complete distortion of reality. Almost every instance of white violence against minorities is held up now as a bleak model of the state of the nation, while almost every instance of [B]lack violence against whites is ignored.

A closer examination of the statistics Baker cited suggests an alternate explanation. Baker claimed “that [B]lacks are 50% overrepresented among perpetrators of hate crimes, while whites are about 25% underrepresented,” which may be the product of a criminal justice system that gives the benefit of the doubt to white perpetrators, viewing Blacks as generally more threatening and dangerous, as we learned social psychology suggests. Indeed, it is this benefit of the doubt that seemed to animate District Attorney Barnhill, who justified his decision not to prosecute the McMichaels for Arbery's death based on his law-and-order reading of Georgia's gun and self-defense laws. In fact, other commentators have considered Barnhill himself to exhibit racial bias in the past, citing his prior decision to prosecute a Black woman for helping another person with an electronic voting machine.

This difference in perspective between Baker and his detractors becomes easier to understand when one considers Haidt's moral matrix. A conservative might be more inclined to accept Baker's analysis because it assumes a prosecutorial criminal justice system that is legitimate, preserving order and the status quo, which just happens to privilege majorities, whether racial or otherwise. Racism, whether covert or overt, is primarily a thing of the past. The only way forward is to proceed in a colorblind fashion. In contrast, a liberal might choose the alternative interpretation, concerned primarily with the societal harm inflicted upon racial minorities whose disabilities are often ensconced in law-and-order policies. Racism is incorporated into the United States legal system. It is baked into our law and culture. The solution, therefore, is not to ignore race, but to understand how it functions to ensure that law and policy alleviates harm and promotes fairness. Color consciousness commits to that project.

It may be that moral foundations theory will suffer the same fate as implicit bias theory, failing to persuade and leading to accusations that the underlying theory is a political and personal attack upon an imperfect but serviceable status quo. However, to the extent that it helps explain the ways in which thoughtful citizens view the culture war through different moral lenses, moral foundations theory may offer opportunities for each side to understand the other better, even if ultimately both sides may sometimes agree to disagree.

To be clear, I am not arguing that there needs to be compromise or the seeking of common ground for its own sake, especially if that common ground continues to perpetuate racial inequality. At the end of the day, the animating idea behind Ramos's non-unanimous verdicts is that they help maintain a system that exerts legal and social power over Black Americans. It is this legal and social power differential that is reflected in the tragic killing of Ahmaud Arbery, and it should be overcome.