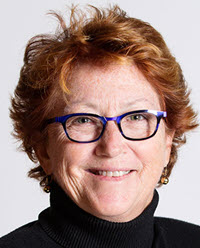 Seventeen-year-old Trayvon Martin's 2012 murder and the 2013 acquittal of his killer triggered the #BlackLivesMatter movement. In the evolution of calls for racial justice in the wake of the murder of George Floyd, it is essential that the focus not be unduly narrowed to police as the sole source of harm, to men as the only victims, or to adults as the only targets. The Black Lives Matter movement reminds us that the threat to Black lives is not limited to police, but rather is connected to private citizens as well; is not limited to the criminal justice system, but to the web of systems implicated by systemic racism; and is not limited to adult men, but also includes women and girls, children and youth, even toddlers and babies. Trayvon Martin's legacy underscores the importance of remembering and focusing on youth and understanding that the threats posed by racism come not only in the form of lethal private and public violence, but also lesser forms of harm including official incarceration or oversight and unofficial, private, harassment, discrimination, and lack of support. The issues of children and youth are linked to those of adults but also involve unique situations and needs.

In this Essay, I focus on abolition of the juvenile justice system, including the virtual elimination of incarceration; the dismantling of the existing juvenile justice (or injustice) system; breaking the school to prison pipeline and the criminalization of school discipline; creating social services with the goal of problem-solving and support of children and youth; teaching skills of restorative justice to support the development and conflict resolution skills of every child; comprehensively surrounding every child, every youth with the means and resources to succeed rather than systems designed to make them fail; and addressing the disproportionate negative contacts between schools, police, teachers, administrators, judges, and other system actors, by eliminating bias and fostering affirmative multidimensional, multiracial, multicultural humanity. The goal of abolition is not simply to dismantle the structure and culture of harm, but also to replace harm with support.

The current juvenile justice system is a failure for virtually all who come in contact with it. It does not serve the well-being of the children and youth committed to its care, reflected particularly in high rates of recidivism, subsequent involvement as adults with the criminal justice system, and negative educational and employment outcomes. It does not rehabilitate or correct, nor does it problem solve, and it does not increase societal well-being or safety.

Overwhelmingly, system failure affects boys, especially boys of color. The failure is exacerbated for girls, doubly disadvantaged by a system even less well designed for them and again filled primarily with girls of color.

The call for abolition and the reorientation of resources currently devoted to policies and practices that neither serve the well-being of youth nor the public safety of the community must be accompanied not only with a redistribution of funds but with a significant increase in funds to serve the needs of children and youth. Abolition of the existing system of juvenile justice must be paired with the creation of services and systems to support families, children, and youth. In the following two sections, I first articulate the justification for abolition of the current system. Second, I suggest the framework of support to replace the existing juvenile justice system.

Trayvon Martin would be 25 years old if he was still with us. His death and the lack of accountability for his death due to a skewed judicial system indicts all of us. The trope of the dangerous Black boy/man is at the heart of the ongoing murders of Black men and women, boys and girls, as perceived threats to white supremacy. Trayvon's death is linked to the history of violence against African Americans and has been repeated this year in the Georgia case of Ahmaud Arbery, circumstances that are eerily reminiscent of the slave patrols designed to control Black bodies and the complicity of communities and authorities in the violence of lynching. Trayvon Martin's story links private and public systems and actors. In widening our focus and examining the youth equivalent of the adult criminal justice system, the juvenile justice system, we see not only flaws that demand abolition of the juvenile justice system and replacement, but also links to other systems that perpetuate a dysfunctional, racialized ecology.

It reminds us of the depth of the cultural and systemic issues that face us. It also reminds us that our deeply racist beliefs, and their locus in assertions of white supremacy, are not limited to violence against Black adults. As we approach nearly a decade since Trayvon's death, that anniversary should not be met with more lives sacrificed, but with significant, sustained, systemic, widespread change at the local, state, and federal levels to achieve racial justice and equality that values the lives of Black children and youth as well and guarantees to them that their lives matter as adults.