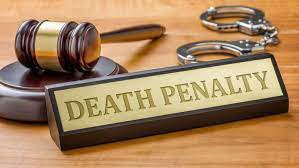 Between 1972 and the end of 2020, 28 male prisoners were put to death in Louisiana. Only one of these executions took place after 2002. Gerald Bordelon was executed on January 7, 2010 after dropping his appeals, thereby allowing the state to carry out the execution without legal opposition. One of the 28, Leslie Lowenfield, was a foreign national from Guyana, while the remaining 27 death-row inmates were American citizens. All of the defendants and their victims in the 28 cases were either white or black. No Hispanics, Asians, or Native Americans were offenders or victims in the cases that resulted in an execution. U.S. Census Bureau estimates that in mid-2019, Louisiana's 4.6 million residents were 62.4% white, 32.8% black, and 4.4% “other.” Table 1 displays the races of the defendants and victims among the 28 whose cases that ended with an execution.

Overall, the data in Table 1 show that among those executed, there were 13 black defendants (46.4%) and 15 white defendants. Much more striking, however, is the fact that, regardless of the race of the defendant, 24 of the 28 cases resulting in execution involved white victims (85.7%). Therefore, while whites composed 62.4% of the state's population in 2019, those convicted of killing whites make up nearly 86% of the prisoners executed since 1972. Nine blacks were put to death for killing white victims and no whites were executed for killing black victims. In 20 of the 28 cases (71.4%), the executed prisoner was convicted of killing at least one female. Women or girls constituted only 19% of homicide victims in Louisiana from 1976 through 2011, so the fact that 71.4% of those executed had female victims shows that such crimes are substantially over-represented in execution cases. This is further accentuated when examining the killers of white women, and among killings where the suspect is a black male. has a poor record for sentencing defendants to death who were likely innocent--11 men sentenced to death in Louisiana since 1972 were later vindicated when new evidence emerged that supported their innocence claims. Eight of these defendants (72.7%) were black. Louisiana ranks fourth among all states, behind Florida, Illinois, and Texas, in the number of people sentenced to death since 1972 who were later released because of doubts about guilt. of July 1, 2020, 69 prisoners awaited execution in Louisiana, including one woman. Of these, 46 were black, 20 white, and three were Latinx. Note that while 32.8% of the state's population identifies as black, 46% of those executed in Louisiana since 1972 were black, as are 66.7% of those awaiting execution today. These stark racial disparities invite scrutiny to ascertain if supposedly legally-irrelevant factors, such as race, actually do correlate with death sentences. Perhaps significant racial differences are themselves correlated with non-racial factors, such as the particular characteristics of the crime, the type of weapon used, or differences in the presence of particular aggravating circumstances across racial categories. Understanding these racial differences amid particular aggravating circumstances in final capital charging and death sentencing is our objective in the analysis below.

We conduct this analysis by examining Louisiana homicide cases from 1976-2014 across multiple judicial districts and analyzing the correlates of capital prosecution gathered from our study. We start with a list of over 6,000 Louisiana homicides reported to the FBI and look at the 1,822 capitally-charged cases coming from them. We examine how these 1,822 cases differ from the larger group of homicides from which they are drawn. Then we conduct an in-depth analysis of which individuals had their capital charges against them dropped or reduced before final disposition. Over 1,800 individuals in our study faced capital charges, but almost 80% of these individuals had charges which were later reduced or dismissed. Only about 20% of those individuals facing capital charges at any point in the pretrial stages actually saw the prosecution seek capital charges in the final stage. Just 107 individuals were sentenced to death. By exploring prosecutors' decisions to retain capital charges through to the end of the prosecution in some cases but not others, we shed light on both the legally relevant and irrelevant correlates of the decision to pursue the death penalty. Especially noteworthy in our findings are the effects of legally irrelevant factors, including racial and gender effects, particularly associated with victim characteristics.

This Article has examined thousands of Louisiana homicide cases in an effort to shed light on how the cases are processed at various stages of the pretrial process, in order to identify factors that lead to a final charge of first-degree murder and to see which cases end with the pronouncement of a death sentence. We began with 1,822 cases ranging from the years 1976-2014, across eight judicial districts and that, at least at one point, included a charge for first-degree murder. By the time of trial or plea bargaining, only 385 respective cases remained that included allegations of first-degree murder. comprehensive analysis shows clearly that cases involving white victims are least likely to see the charges reduced during the course of the case, much more likely to end with a first-degree murder charge, and much more likely to result in a death sentence. This difference is not explained by factors such as geography or aggravating elements of the offense. Instead, this powerful racial disparity must be seen as a consistent feature of Louisiana's use of capital charges and the death penalty. Considering the large empirical scope of this study (thousands of homicides across the bulk of the time of the operation of the modern death penalty in eight separate JDCs), it is clear that the state of Louisiana has not applied capital punishment in a racially neutral manner Even controlling for the circumstances of the crime, the Louisiana death penalty system targets crimes with white female victims for the harshest punishment and treats those with black male victims the lightest. This cannot be consistent with legal precepts of equal protection of the law or common notions of equality and justice. If the state cannot do so, it should abandon the punishment.

Tim is a Research Associate for the Institute for Security and Public Policy at Northeastern University. He obtained his B.A. from the University of Massachusetts (Amherst) in 1974 and has been a Documentation Specialist since retiring from Dow Jones Telerate Application Systems Engineering of New Orleans in 1996.

Glenn is the Director for the Institute for Security and Public Policy (ISPP) and Principal Research Scientist at the School of Criminology and Criminal Justice at Northeastern University. He obtained his B.A. from Bates College in 1967 and his M.A. and Ph.D. from Northeastern University in 1971 and 1989 respectively.