Prison for You. Profit for Me. Systemic Racism Effectively Bars Blacks from Participation in Newly-legal Marijuana Industry

“Although the butterfly and caterpillar are completely different, they are one and the same.” 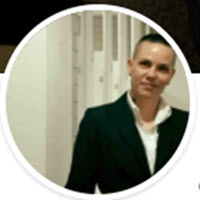 Historically, blacks have been prosecuted and convicted across the United States at significantly higher rates when compared to whites for marijuana-related crimes, despite the fact that studies indicate marijuana use by whites and blacks is relatively equal. Further, individuals with lower economic means were dually susceptible to conviction as a result of less vigorous legal representation.

Now, laws have legalized marijuana for medicinal purposes in twenty-six states, along with a small portion of states (seven) legalizing marijuana for recreational use. Yet retroactive ameliorative relief is not widely available to those who were convicted under circumstances that are now legal, and as a result, stains remain on the records of a disproportionate number of blacks. Marijuana has become a big business, often being compared to the Gold Rush and referred to as the Green Rush. However, regulations across states that are a part of this Green Rush effectively wall out *524 those once convicted (overwhelmingly blacks) for participating in, and profiting from, the very same industry.

This Comment will discuss the history of racial disparity in enforcement of marijuana laws across the United States; the effect of state-sanctioned legalization of marijuana use, possession, and sale in limited states; the stance of the United States in general as it applies to policy on retroactive relief when laws change; the different avenues states have taken thus far to address how changes in the law should affect those already convicted; evidence of the big business opportunities emerging in legal marijuana markets; and the barriers to entry that exist--particularly for blacks--who have been disparately negatively impacted by the war on drugs.”

The American dream, as described by James Truslow Adams, “that life should be made richer and fuller for everyone and opportunity *545 remain open to all” has proven to be truly a dream in the realm of legal-marijuana opportunities. Arguably the United States' fastest growing and most lucrative new industry--marijuana-related business opportunities--are not available to most. This is especially true for blacks who are currently and historically were disproportionately targeted for marijuana-related offenses, despite equal use across racial lines. Whether it be a prior or current felony conviction, the fear of being targeted for arrest in an industry that remains federally illegal, a steep financial hurdle, or a farming requirement that can only be met by a select few, there are plenty of roadblocks to getting a piece of the Green Rush. In sum, “[h]ere are white men poised to run big marijuana businesses, dreaming of cashing in big-- big money, big businesses selling weed--after 40 years of impoverished black kids getting prison time for selling weed, and their families and futures destroyed.” Without rapid and deliberate intervention by lawmakers and voters, this playing field will continue to be set unfairly, thus continuing to perpetuate systemic racism in the United States.