Excerpted From: André Douglas Pond Cummings and Steven A. Ramirez, The Racist Roots of the War on Drugs & the Myth of Equal Protection for People of Color, 44 University of Arkansas at Little Rock Law Review 453 (Spring, 2022 ) (223 Footnotes) (Full Document) 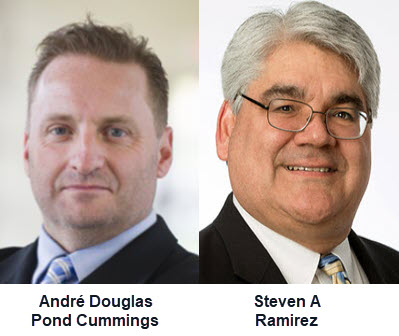 By 2021, the costs and pain arising from the propagation of the American racial hierarchy reached such heights that calls for anti-racism and criminal justice reform dramatically expanded. The brutal murder of George Floyd by the Minneapolis police vividly proved that the social construction of race in America directly conflicted with supposed American values of equal protection under law and notions of basic justice. The racially-driven War on Drugs (WOD) fuels much of the dissonance between American legal mythology--such as the non-discrimination principle and the impartial administration of the rule of law--and the reality of race in the United States. Mass incarceration of people of color pursuant to the War on Drugs betrays any semblance of equal protection under law. Yet, the Supreme Court stubbornly clings to notions of equal protection and animus that operate primarily to protect powerful white Americans, and to leave laws such as the Controlled Substances Act intact and fully operational, notwithstanding the fact that under that Act people of color suffer grossly disproportionate incarceration relative to whites who are more frequent users of illicit drugs.

This Article shows that the War on Drugs originated with animus against people of color: specifically, with the intent to demonize people of color and to propagate fear within the entire American body politic while assuring disproportionate punishment towards communities of color. The WOD continues to this day to consume human potential and inflict disproportionate suffering on communities of color despite wide-ranging evidence of its racist origins and racist impact. As such, the Fifth Amendment's equal protection guarantee should operate to invalidate the Controlled Substances Act and liberate all victims of the racist WOD. Only then will the promise of the rule of law and equal protection under law achieve vindication as uniquely American innovations for genuine social justice and human development under law.

Part I of this Article reviews and describes the racist roots of the War on Drugs. Part II shows the fundamental racist reality of the WOD today which continues to disproportionately impose devastating costs upon communities of color. Part III reviews the history of equal protection under law and argues that current equal protection under law should end the racist WOD. Despite this reality, the Supreme Court will likely allow the race-based oppression of the War on Drugs to continue indefinitely, based largely upon the Court's inability to see the mechanisms perpetuating America's racial hierarchy.

The Article concludes that the Supreme Court's failure to authorize and direct the use of the equal protection guarantee to end the nightmarish and fundamentally racist War on Drugs exposes an institutionally racist branch of our government. Indeed, the Supreme Court acts with complicity in the key role the WOD plays in replicating the American racial hierarchy every day it fails to curtail the WOD with full knowledge of the wrong-headed and backward criminal injustice system--as does every other actor in the criminal injustice system. The racist reality of the WOD's continuing indefinitely suggests an enduring limitation on equal protection under law, a limitation based upon race, and the need to impose far more serious accountability upon the Supreme Court to assure it remains tethered to current learning and social reality.

The War on Drugs produces massive suffering, pain and misery on an almost unimaginable scale--suffering that, as intended, falls disproportionately upon people of color. The animus motivating the WOD continues today, making a mockery of equal protection under law for Americans of color. Indeed, rarely has any public policy initiative been marked by such brazen political and racial animus, as demonstrated above, and yet like a bone-crushing bulldozer it simply continues grinding up human lives, particularly devastating communities of color.

The Supreme Court of the United States as presently constituted simply can no longer maintain any veneer of legitimacy if it continues to silently allow the WOD to destroy the lives of millions of our people. The Supreme Court acts with naked political partisanship and the continuation of the WOD proves its divorce from reality and political accountability. The Court cluelessly hobbles us economically and compromises our national security by failing to even consider building national cohesion, unity, and human development. It instead foments division and mass incarceration, alienating an ever-growing proportion of our population from its government. The Court must end the self-destructive and evil War on Drugs--or it must be institutionally overhauled and restructured. As presently structured, the Court transmogrifies the Constitution into a national suicide pact.