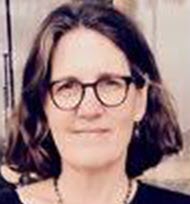 In this article, we empirically examine jurisdictional variations in federal crack prosecutions to measure whether aggressive crack prosecutorial practices are associated with racial inequality in federal caseload characteristics and outcomes. Building on theories that address the production of inequality in institutional settings, we hypothesize that U.S. Attorneys' offices that are more proactive in charging defendants with crack, relative to other kinds of drugs, and relative to case strength and seriousness, will demonstrate higher rates of black--white racial inequality in case outcomes across the entire criminal caseload. Consistent with theories of institutional racism, our findings demonstrate that aggressive crack prosecutions at the district level are a strong predictor of black--white inequality in conviction rates across the entire criminal caseload, and a much more modest predictor of inequality in final sentence outcomes. We conclude by discussing the importance of organizational-level empirical analyses for more effectively uncovering the conditions under which inequality can and does flourish in legal settings, and suggest possible future lines of inquiry along these lines. 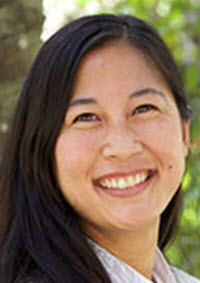 1980s, setting in motion a wave of new legislation and law enforcement practices that spread throughout the nation (Fagan and Chin 1989). Although the emergence of crack was associated with a number of social harms (Fryer et al. 2013), the political and legal response to its threat was disproportionately punitive, particularly at the federal level (Provine 2007; Reinarman and Levine 1997; Sklansky 1995). Most infamously, Congress passed the Anti-Drug Abuse Act of 1986, a provision of which incorporated a 100-1 powder--crack cocaine disparity whereby, for *774 instance, offenses involving just 5 g of crack cocaine were subject to the same 5-year mandatory minimum sentence as offenses involving 500 g of powder cocaine. Two years later, it made possession of crack cocaine subject to a 5-year mandatory minimum prison sentence. No other simple drug possession offense mandated a prison sentence at all under the federal code (Pub. L. No. 100-690 1988).

A number of scholars have argued that the federal war on crack, including the on-the-ground deployment of crack laws, has functioned as a tool of racial subjugation while justified through the logics of public safety and crime control (Alexander 2010; Dvorak 2000; Lynch 2013; Provine 2007; Tonry and Melewski 2008). Congressional debates about crack reiterated racially coded media narratives about the dangerous “urban” poor addicted to crack (Dvorak 2000; Provine 2007), unfit black mothers raising crack babies (Roberts 1997), and other threats posed by crack-related criminality. These narratives were in direct contrast to how whites' cocaine and freebase use, which predated crack cocaine but received little media and political attention, was both portrayed and sanctioned. In short, the federal reaction to crack was “not merely a rational response to a new threat to public health and public order” (Reinarman and Levine 1997: 19); it was also racially “coded” in its over-reliance on punitive criminal law to address the problem of crack (Dvorak 2000).

Yet, while the 1980s' federal drug statutes mandated harsh penalties for crack defendants across all the U.S. federal districts, those statutes have not been uniformly deployed. Rather, prosecutors in some districts have been much more proactive in pursuing crack cases, and their attendant lengthy sentences, than in others. Moreover, as the crack panic subsided, and public health and policy experts pointedly criticized the purely punitive approach to crack as ineffectual and even counterproductive, federal law enforcement's imperative to pursue crack convictions, especially in lower-level cases, became harder to justify (Sklansky 1995; U.S. Sentencing Commission 2002). Thus, over time, the prosecutorial choice--at the federal district level--to continue to aggressively pursue crack cases seemed increasingly driven by factors other than public safety concerns.

In this article, we assess the racial legacy effects of the 1980s' federal crack “war.” Specifically, we examine jurisdictional variations in federal crack prosecutions from 2002-2012 to measure whether aggressive crack prosecutorial practices are associated with institutionally patterned inequality. We posit that, in the wake of the crack panic, those federal districts that have been more proactive in prosecuting crack offenses, relative to other kinds of drugs, and relative to case strength and seriousness, will demonstrate higher rates of black-- *775 white racial inequality in case outcomes across the entire criminal caseload. In this sense, we ask whether prosecutorial practices related to crack function as a proxy indicator--a metaphorical “miner's canary” (Guinier and Torres 2002)--of racial discrimination in the federal criminal justice system. Using data from the U.S. Sentencing Commission and the executive office of the U.S. Attorneys, we present novel group-level variable specifications to better capture the key mechanisms that may contribute to racial inequality in the federal criminal justice system.

In the next section, we provide a background sketch of the 1980s crack “frenzy” and its role in federal drug legislation. We then detail developments in federal crack policy and adjudication practices over time to provide context for our underlying research question that asks whether and how the post-crack panic deployment of federal crack laws is associated with racial disparities in federal criminal caseload outcomes. Following that, we describe our conceptual and theoretical approach, which foregrounds organizational-level production of inequality. Then, we present our methods and results, which examine whether federal crack-related prosecutorial practices are associated with broader racial inequality in criminal justice outcomes. We conclude by discussing the implications of our findings for understanding institutionalized bias in complex organizations such as federal courts.

In this study, we endeavored to take the lessons of socio-legal scholarship that examines how criminal law is implicated in institutionalized racism, and apply them to federal court processes, where empirical examinations have largely focused on individual-level analyses of the problem of sentence disparities. The first line of scholarship has expressed deep concern for the dramatic and obvious racially disproportionate impact of crack laws and policies, which seem to be deployed as tools of racial control and subjugation (see, e.g., Alexander 2010; Butler 1998; Provine 2007; Tonry 1995). The second line of research has, with some notable exceptions, treated the on-the-books sentencing laws as race-neutral, and has looked only for bias in that gap between their intended application and their actual application (for discussion, see Murakawa and Beckett 2010; Van Cleve and Mayes 2015). In recent years, critical efforts to complicate that narrow empirical approach have begun to *802 emerge. Thus, scholars have re-specified predictor and outcome variables to better capture early-stage discretionary processes (Fischman and Schanzenbach 2012; Rehavi and Starr 2014; Shermer and Johnson 2010; Starr and Rehavi 2013), and have developed more robust models that account for broader social and legal contexts (Johnson et al. 2008; Lynch and Omori 2014).

The study we present here was done in that vein of exploration, and comes with several important limitations. Given the nature of the data, analyses such as this one cannot directly measure the behavior of individual legal actors, much less their intentions or sentiments. Rather, the relationships we uncover are just that--associations between key factors that suggest where we might direct further attention by marshaling techniques that can more directly uncover on-the-ground processes that give rise to inequality. Along those lines, we envision future analyses that aim to tease out the more complex interplay between within- and between-jurisdictional relationships over time. Nonetheless, we think this exploration offers both substantive and methodological insights that advance both fields upon which it builds.

Most importantly, we have demonstrated that beyond the stark racial inequality in who gets prosecuted and convicted for crack offenses in the federal system, crack prosecutorial practices themselves are associated with patterns of racial inequality across the criminal caseload. That is, in places that have prosecuted crack with gusto, black citizens are disproportionately likely to be federally charged and convicted across the board, relative to whites. It stands to reason that discriminatory practices would not be neatly contained within the crack case context. Rather, the willingness to aggressively wield federal crack laws where less draconian state options exist, and where the “malign effects” (Tonry and Melewski 2008: 1) are well-known, signals a broader tendency toward racialized social control through criminal law.

To that end, several of our findings in regard to our contextual control variables are intriguing, and suggest possible future lines of research. For instance, we note that racial and ethnic diversity in the community tempers conviction rate inequality, as does economic disadvantage. Thus, districts with wealthier and more homogeneous populations disproportionately over-prosecute black members of the community. This is consistent with structural theories of racism that suggest institutions like the legal system are deployed to maintain race-based power structures (Bonilla-Silva 1997; Massey 2007).

We also note that our control for “year” works in opposite directions in the two sets of models. Specifically, conviction rate inequality increased after key legal decisions that returned sentencing discretion to judges, while sentencing rate inequality decreased in the same years. These findings should be interpreted in tandem, as they are likely part of a larger story about prosecutorial response *803 to the shift from mandatory sentencing guidelines. As several scholars have documented, prosecutors' charging and adjudication practices changed in light of the U.S. v. Booker (2005) decision, which rendered the guidelines advisory, and the Gall v. U.S. (2007), and Kimbrough v. U.S. (2007) decisions, which made clear that judges could use their discretion to sentence outside of the guidelines. In the post-Booker period, prosecutors have been more likely to pursue cases that trigger mandatory minimums and sentencing enhancements, where prosecutorial discretionary power to dictate particular outcomes has not been diminished (Fischman and Schanzenbach 2012; Lynch and Omori 2014) and they have been disproportionately likely to charge black defendants with mandatory minimum-eligible charges (Rehavi and Starr 2014).

Conversely, the diminution of inequality in sentence lengths in the same period may indicate that the return of some discretion to judges, post-Booker, has resulted in a corrective on bias in this system. Indeed, as Fischman and Schanzenbach (2012) observed, a significant portion of the observed racial disparity in post-Booker sentencing occurs when judicial sentencing discretion butts up against mandatory minimum sentencing floors. Moreover, in the later years of our sample, the reduction in sentencing inequality in the models that include crack cases is likely directly due to the remediation that came with both Sentencing Commission and congressional reforms to crack sentencing policy (Steiker 2013). Taken together, these findings may indicate a troubling pattern of adaptation: as prosecutors have lost some discretionary power at the back end of the criminal court process, they have used their substantial charging powers to disproportionately bring black defendants in through the front end. However, because sentencing length inequality and conviction rate inequality are largely uncorrelated, there remains much more to tease out as to how both prosecutorial and judicial practices have evolved post-Booker.

Finally, although we do not expressly focus on policing, it is the key point of entry into the criminal justice system, reliant upon discretionary law enforcement that sometimes devalues communities of color for the accrual of system benefits and incentives (Lynch 2011; Ouziel 2017). In that sense, we hope this study prompts further inquiry to identify signifiers at the point of entry into the system as a method for predicting and uncovering broader patterns of institutional racism in given locales. Thus, practices such as the racially stratified issuance of discretionary, low-level infraction citations (Department of Justice 2015); race-and spatially-based stop and frisk law enforcement tactics (Fagan 2010); and racially selective drug law enforcement dragnets (Beckett et al. 2006; Lynch et al. 2013) may each function themselves as miners' canaries (Guinier and Torres 2002), warning of wider spread inequality in the entire system.