The War on Drugs: The Privilege Against Self-incrimination Falls Victim to State Taxation of Controlled Substances 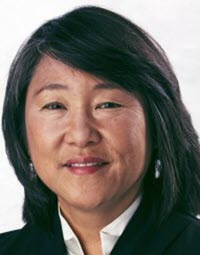 Police officers found cocaine in John Doe's home and arrested John for possession with intent to sell controlled substances. John had no knowledge of the cocaine. Soon thereafter, the State Commissioner of Revenue served John with a notice that he had violated a state civil statute which requires drug dealers to purchase stamps for controlled substances in their possession. Because John had not purchased the requisite stamps, the Commissioner assessed John for $5,000 in taxes and $5,000 in penalties. When John appealed the assessment, he learned that in these civil tax proceedings, he had the burden of proving that the assessment was incorrect, that he was innocent of possession of the drugs. The Commissioner served John with civil discovery requests that required him to divulge information which would tend to incriminate either himself or other family members. When he asserted his privilege against self-incrimination, the Commissioner contended that John's exercise of the privilege proved his guilt.

As the inability of the criminal justice system to deal effectively with the drug problem became increasingly apparent, these states sought a civil solution to their predicament, adopting civil monetary sanctions to augment (or substitute for) the existing criminal sanctions. In general, these states require persons illegally possessing drugs to pay taxes on those drugs through the states' revenue departments. Failure to pay the requisite assessments creates additional liability for monetary penalties. Both the assessment of taxes and penalties and the subsequent enforcement of the assessments are considered civil proceedings.

The increasingly frustrated states enthusiastically greeted this new stratagem in the war on drugs. First, there was the potential for substantial monetary gains. The states did not expect that persons possessing drugs would line up at the revenue department counter, checkbook in hand. They anticipated, however, many opportunities to assess both taxes and penalties upon the discovery of unstamped drugs. Second, and more importantly, the use of civil proceedings circumvents a number of obstacles the states confront in criminal prosecutions. For example, while the states would have the burden of proving criminal drug charges beyond a reasonable doubt, their tax assessments are presumptively correct, and the burden of proof shifts to the defendants to prove their innocence of illegal drug possession.

This simple strategy profoundly changes the relationship between our justice system and the rights of persons accused of wrongdoing. Just one illustration of this transformation is seen in the application of the privilege against self-incrimination.

The privilege against self-incrimination exists because our jurisprudential system adheres to the maxim nemo tenetur prodere. Essentially, this means that no person is bound to accuse herself. Implicit in this policy is a recognition that, even though a statement or information given regarding oneself may be accurate, independent constitutional reasons exist for prohibiting an incriminatory process that originates or takes unconstitutional advantage of information supplied by a defendant. Specifically, the independent basis that supports the privilege against self-in-crimination is the belief that our system is characterized as accusatorial, rather than inquisitorial. The accusatorial system limits the state to pursuing a criminal conviction via an examination of witnesses and community members other than the defendant. The state must act upon a defendant, and the defendant has no obligation to assist the state in its endeavor against her. By marked contrast, an inquisitorial system seeks to affix the defendant's culpability by calling upon and coercing the defendant to reveal, under oath, the full extent of her knowledge regarding any and all questions presented by the state.

State drug tax statutes resemble inquisitorial measures because they require one to provide information regarding oneself to the state; they thus impinge upon the privilege against self-incrimination. While the information may be completely accurate, and thus unassailable by criticism that it represents bad evidence, the fact remains that a tax obligor is forced to proffer evidence against herself. Thus, by virtue of state drug tax schemes, one may be unconstitutionally “bound to accuse herself.”

There is a fundamental difference between the taxation of income derived from illegal activities, such as that permitted by the Internal Revenue Code, and the state drug taxes. The taxation of illegal activities does not normally create self-incrimination problems. Taxpayers may report illegal gains as “miscellaneous income” on their federal income tax returns without detailing the nature of the source. In contrast, any assessment under the drug tax statutes necessarily assumes criminal activity.

Additionally, the underlying purpose of taxing income is to produce revenue. It is appropriate to tax illegally produced income because the law abiding taxpayers should not bear the revenue burden alone. On the other hand, the drug tax statutes have the underlying purposes not only of producing revenue, but also of retribution and deterrence, objectives traditionally pursued by criminal statutes. The government should be required to pursue these objectives through the criminal justice system, accepting the constitutionally mandated requirement of proving its own case. If it chooses, instead, to abdicate this requirement by a cynical use of the civil law system, at the very least, the rights of defendants must be protected by application of the full spectrum of constitutional guarantees, including the privilege against self-incrimination.

Part I of this Article describes the various taxing mechanisms adopted by the states.

While civil taxes on drugs may provide a convenient law enforcement tool, they do so at the expense of the privilege against self-incrimination. That the illegal sale and use of controlled substances are serious societal problems cannot be questioned. Moreover, the criminal justice system has not adequately addressed these problems. The fact that the Constitution makes enforcement of the criminal provisions inconvenient does not entitle the states to take a more convenient, but constitutionally suspect route.

This guarantee against testimonial compulsion, like other provisions of the Bill of Rights, “was added to the original Constitution in the conviction that too high a price may be paid even for the unhampered enforcement of the criminal law and that, in its attainment, other social objects of a free society should not be sacrificed.” This provision of the Amendment must be accorded liberal construction in favor of the right it was intended to secure.

Undoubtedly, there are those who argue that imposition of taxes and penalties is not a sufficiently serious sanction to justify an extension of the self-incrimination privilege. Setting aside the criminal penalties appended to the civil penalties, and the complications arising from the intertwining of civil and criminal proceedings, this justification is simply not satisfactory.

It may be that it is the obnoxious thing in its mildest and least repulsive form; but illegitimate and unconstitutional practices get their first footing in that way, namely, by silent approaches and slight deviations from legal modes of procedure. This can only be obviated by adhering to the rule that constitutional provisions for the security of person and property should be liberally construed. A close and literal construction deprives them of half their efficacy, and leads to gradual depreciation of the right, as if it consisted more in sound than in substance.

The preservation of the privilege against self-incrimination requires a full extension of this fundamental right to nominally civil drug tax proceedings.