Opioid Courts and Judicial Management of the Opioid Crisis 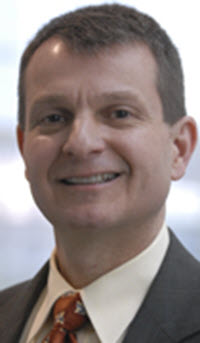 It is beyond dispute that the United States is in the grip of an opioid crisis. Statistics underscore the gravity of the problem. In 2016, of the more than 63, 000 deaths resulting from drug overdose, two-thirds involved opioids. This represents a five-fold increase in opioid-related deaths from 1999, and the numbers keep getting worse. In 2017, preliminary data suggested an annual increase of roughly seven percent, with synthetic opioids driving the surge; in fact, the Centers for Disease Control and Prevention estimate that nearly 30, 000 of the more than 72, 000 estimated overdose deaths in 2017 were related to fentanyl or other synthetic opioids.

While the opioid scourge has not discriminated geographically, the Northeast and Midwest have been especially hard hit. For example, West Virginia, New Hampshire, Ohio, Maryland, and Massachusetts reported the highest opioid overdose death rates in 2016. The epidemic has spread most alarmingly, moreover, in rural communities where overdose deaths have increased at three times the rate of metropolitan areas. As a result, the rate of drug overdose deaths in rural areas has now surpassed that of urban centers. Commentators have attributed the disparity to various factors, including the increased nonmedical use of prescription opioids by adolescents, coupled with polydrug use and depression. The exacerbation in rural areas also corresponds closely to the economic blight and lack of opportunity plaguing certain groups, most notably working-class whites and Native Americans.

As panic has mounted, lawmakers have scrambled to respond to a national call for action. In 2016, Congress provided $1 billion over a two-year period (2017-2018) for a variety of opioid-based needs relating to treatment services, provider training, and public outreach, among others. The Substance Use-Disorder Prevention that Promotes Opioid Recovery and Treatment for Patients and Communities Act (SUPPORT), signed into law in October 2018, will provide additional support, and Congress has appropriated $8.5 billion to fund opioid-related programs.

Local law enforcement has also been innovative in managing offenders suffering from opioid addiction. The Police Assisted Addiction & Recovery Initiative (PAARI) is perhaps the highest profile--and most successful--such effort. First introduced by the Gloucester, Massachusetts Police Department in 2015, PAARI is a non-profit organization that promotes pathways to treatment for addicts upon their initial contact with local police. By 2017, roughly two hundred police agencies in twenty-eight states had joined PAARI. The Lodi Police Department in Ohio is among them, joining the “Safe Passages” program that works with PAARI to place addicts into treatment the moment they turn up at the police station and surrender their drugs. As Lodi Police Corporal David Brantner noted, the program endeavors to stop the “the revolving door” of crime and addiction. The Cuyahoga County Prosecutor, Timothy McGinty, agrees, adding that “[w]e are not going to prosecute our way out of this mess.”

The foregoing provides a backdrop for a provocative initiative that is garnering national attention: specialized “opioid courts.” Members of the judiciary have joined legislators and law enforcement officials in looking for innovative ways to combat the opioid crisis. In May 2017, Buffalo City Court Judge Craig D. Hannah established the first-ever Opiate Crisis Intervention Court courtesy of a three-year, $300, 000 U.S. Department of Justice grant. From 2015 to 2016, Buffalo had seen opioid deaths more than double to about 300, with further increases expected. The judge's goal is, simply put, to save lives--to allow addicts “to have another sunset, another time with their family, to see another Christmas.” And Hannah knows all too well the challenges addiction presents: he is seventeen years in recovery himself from a dependence on marijuana and cocaine that robbed him of the opportunity to become a Marine Corps officer.

Recognizing the lethal threat facing the burgeoning number of arrestees with opioid addiction, other jurisdictions have joined Buffalo. An “Opioid Intervention Court” has been established in Cumberland County, Pennsylvania and specialized programs for opioid-addicted offenders now exist in three of New York City's five boroughs, as well as Rensselaer and Monroe counties, both in upstate New York.

The enthusiasm for establishing opioid courts has not been uniform, however. A task force studying the issue in Connecticut recommended against the initiative recently, concluding inter alia that the opioid crisis is fundamentally “a public health problem.” As such, “tethering treatment too much to the court process may be counterproductive.”

Issues of race are also concerning in this context. While the opioid crisis has impacted all groups, whites have been affected most severely. Nearly ninety percent of individuals addicted to opioids are white. According to the Centers for Disease Control and Prevention, the 2016 opioid-induced mortality rate for whites was forty-one percent higher than for blacks and sixty-five percent higher than for Hispanics. “The drug overdose epidemic, ” the American Council on Science and Health concludes, “is getting worse... and [is] disproportionately affecting whites.” Dr. Andrew Kolodny, Co-Director of Brandeis University's Opioid Policy Research Collaborative, commenting on the “overwhelmingly white” nature of the opioid crisis, opines that racial disparities stem from doctors' greater willingness to prescribe powerful pain medication to whites, thereby fueling their addiction. A wealth of data supports this position.

The foregoing begs the question of whether specialized courts or programs are appropriate for addressing this particular crisis. Crack cocaine ravaged urban communities of color in the 1980s and 1990s with no comparable governmental response. There was, of course, no shortage of legislative activity and political rhetoric surrounding that epidemic; they focused, however, not on curing addiction, but rather on increasing criminal sanctions for the possession of a drug whose use was primarily associated with minority populations. For example, the Anti-Drug Abuse Act of 1986 endeavored to combat the crack problem by adopting a 100-to-1 ratio treating every gram of crack cocaine as the equivalent of 100 grams of white- powder cocaine. Mandatory minimum sentence provisions--added by additional legislation two years later the distinction between crack and white powder, prescribing dramatically longer terms of incarceration for possessing low-levels of crack than far greater quantities of other drugs, including white powder cocaine.

This demonization of addiction and its accompanying racial injustice have fostered widespread criticism leading, in December 2018, to long-overdue criminal justice reform designed to curb at least some of its excesses. Rethinking approaches to drug-related offenses is welcome in this context; this does not necessarily suggest, however, that specialized courts are the answer, especially if they disproportionately benefit white offenders. In addressing the wisdom of opioid courts, this Article is mindful of their potential challenges to equal justice and wonders if we can minimize such effects while retaining a focus on the mental health aspects of this national crisis.

In light of the interventions presently provided to opioid-addicted offenders by drug courts, we must ask whether specialized opioid courts or programs are truly necessary. Speaking in favor of this approach, Leigh Saufley, the Chief Justice of the Maine Supreme Judicial Court, proposed piloting a “full wrap-around drug court” dedicated to opioid addicts in her state that would provide “immediate and extensive access to addiction treatment, mental health treatment, sober housing, job training, transportation, family-related services and long-term follow-up.” While these expanded services come with a hefty price tag, Chief Justice Saufley considers the additional expenditure worth it, commenting that “[p]eople are dying; families are hurting; [and] communities feel helpless.”

Creating specialized courts or programs for opioid-addicted offenders has one clear benefit: a guarantee of medication-assisted treatment. As discussed previously, while MAT is critical to this group's very survival, many drug court judges remain skeptical of it, based on their longstanding adherence to abstinence-only recovery models and negative associations with methadone. Sadly, if Robert Lepolszki's case had been managed in an opioid court, he would probably still be alive today.

If jurisdictions create programs like the one Chief Justice Saufley envisions, however, they must be careful to structure them in a way to minimize racial inequities. HEAT and the Gallagher/Nordberg survey provide a useful framework for the kinds of culturally-sensitive considerations that courts should implement to enhance the graduation rates of minority participants, particularly African Americans. Of course, to the extent the opioid epidemic disproportionately affects Whites, opioid-specific interventions will inevitably exacerbate whatever racial imbalance exists, even if ameliorated by best practices.

While the “white face” of the opioid crisis has received much journalistic attention, communities of color have not been immune to the opioid crisis. Far from it. In a report issued in late 2017, the Chicago Urban League notes that African Americans are dying from opioid overdose at rates higher than Whites in a number of states, including Illinois. In fact, data from the Illinois Department of Public Health show an increase in opioid-related deaths of 132% among African Americans in Illinois between 2013 to 2016, accounting for 25% of all statewide opioid deaths, even though African Americans make up only 15% of the state's population. During this period, overdose deaths from prescription pain pills tripled for Whites, while increasing nine-fold for Illinois' African Americans. Thus, while greater numbers of Whites have died from opioid abuse across the country, it is inaccurate to describe the crisis as primarily affecting only non-minority communities.

Finally, there is a more fundamental question about whether expanding the role of the judiciary to manage opioid addiction is a wise strategy. In recommending against the creation of opioid courts in Connecticut, a statewide task force emphasized the high cost associated with this labor-intensive approach which they believed would compromise the ability to implement the model across jurisdictions. In addition, task force members were not persuaded that opioid courts would achieve better long-term results than the state's existing “Treatment Pathway Program (TPP).” TPP, which currently exists in four locations, releases opioid-addicted arrestees of “less serious, non-violent drug or drug-related crimes” from custody and provides community-based treatment and monitoring, including MAT. Based on data suggesting that TPP has been effective both in reducing costs and helping addicts manage their addiction, the task force recommended expanding the program statewide, an approach that better reflected members' preference for treating opioid addiction as a public health problem with less “entanglement in the criminal justice system.”

In the end, recommending a one-size-fits-all approach to managing the opioid crisis is a fool's errand. Jurisdictions vary widely in terms of available resources and access to courts and treatment providers, among other things. Opioid courts, or specialized programs located in drug courts for opioid-addicted offenders, have been effective in saving the lives of many and putting them on more solid footing going forward. The results of Connecticut's diversionary TPP program are likewise impressive and offer the added benefit, at least for some offenders, of removing the criminal justice system from the treatment program. Whatever path a jurisdiction chooses, MAT is critical and culturally-sensitive strategies should be employed to allow all those suffering from the scourge of opioid-addiction to reclaim their lives.