The Opioid Crisis in Indian Country: The Impact of Tribal Jurisdiction and the Role of the Exhaustion Doctrine

Excerpted from: Matt Irby, The Opioid Crisis in Indian Country: The Impact of Tribal Jurisdiction and the Role of the Exhaustion Doctrine, 43 American Indian Law Review 353 (2019) (Comment) (266 Footnotes) (Full Document) 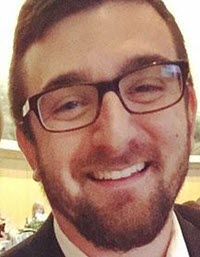 Opioids have been a significant part of pain treatment in the United States for over 150 years. Stories of overdose from the early nineteenth century are almost indistinguishable from stories today. For example, Ella Henderson was a thirty-three-year-old hotel owner in high society Seattle, Washington. Following the death of her beloved father, Ms. Henderson sought the help of doctors, who were ready and willing to prescribe to her a cutting-edge new treatment for both physical and emotional pain: morphine. Liberal prescription was the practice of the time, and like many others, Ms. Henderson was soon overwhelmed by addiction. Referred to in the local newspaper as a "Beautiful Opium Eater," her community shunned her, and she died alone in her room; the year was 1877.

By the turn of the twentieth century, Congress began to respond to an epidemic indistinguishable from the one the United States faces today through enactment of the Pure Food and Drug Act of 1906. Congress also passed the Harrison Anti-Narcotic Act of 1914 and the Anti-Heroin Act of 1924 in the wake of the twentieth century opioid epidemic. These congressional acts worked to prevent the flow of illicit opiates in the United States but failed to control the origin of addiction that led to their use--the medical community's over-prescription of these problematic narcotics.

On the heels of the Roaring Twenties and the Great Depression, America's focus soon turned to war, pushing the danger of opioids out of the public eye. As veterans returned from World War II battlefields, families began to grow. Although the 1950s is often characterized by conformity and conservatism, abuse and misuse of opiates lurked in the background until the 1970s, when Congress again responded. This time, Congress attempted to control first the source of legal opiates--doctors and pharmacies--and second, the illicit sources of opiates on the black market. Over the course of the next two decades, doctors were instructed to give opioids sparingly for chronic pain unless the patient was at death's door. Doctors and nurses were so concerned "drug addiction itself [would] become a hideous spectacle" that they often under-used opioids, even below the suggested dosage based on the circumstances.

As the cloud that followed opiates through the 1970s began to lift by the mid-1980s, cancer specialists challenged the notion that long-term opiate use would "lead the unwitting patient down the primrose path to addiction." One doctor in particular, Dr. Kathleen Foley, then of the Memorial-Sloan-Kettering Cancer Center in New York City, was especially influential in the resurgence of pain management through long-term opiate use. Dr. Foley published two studies in the early 1980s that showed addiction to be "rare among inpatients." Dr. Foley's justification for opioid use was that there were no long-term studies showing that pain patients were likely to become addicted. The reality of the claim, however, was that no long-term studies existed to demonstrate how patients would respond.

Doctors celebrated Dr. Foley's work and felt emboldened to introduce opiates as a part of chronic pain treatment. Patients felt empowered by doctors trusting them to take part in their own pain management. During the 1990s, prescriptions for opioids began to rise across the country, and the pharmaceutical industry spread the word about opioids, sponsoring presentations by physicians "championing chronic opioid therapy." It was during this time period that prescription opioid overdose deaths again started to rise.

In the early 2000s, pharmaceutical manufacturer Purdue launched a nationwide advertisement campaign promoting its newest opioid product, OxyContin. That ad campaign included language billing OxyContin as non-addictive because of its slow release in the body. One ad stated, "in fact, the rate of addiction amongst pain-patients who are treated by doctors is much less than one percent .... These drugs, which I repeat are our best, strongest pain medications, should be used much more than they are for patients in pain." Legitimate doctors and "pill-mill" operators alike prescribed OxyContin widely for all types of ailments. OxyContin became popular on the black market because low-income patients were willing to sell from the almost unlimited prescriptions they received, and the pills themselves were easily crushed into powder to enable the desired high for the end user. Feeling the pinch of high OxyContin prices, recreational users soon found a cheaper alternative in black tar heroin. Heroin traffickers took notice of the high use of OxyContin and other prescription opioids in middle America and capitalized on the opportunity. The increase in heroin use led to a sharp 137 percent increase in overdose deaths between 2000 and 2014.

This brings us to the present day, which is known as the "third wave" of the opioid crisis. The third wave is characterized by the rise of synthetic opioids, primarily illicitly manufactured fentanyl (IMF). Heroin, IMF, and prescription opioid misuse and abuse are decimating communities across the country. In 2016 and 2017 alone, 11.4 million people misused opioids, 2.1 million people suffered non-fatal opioid overdose, 2 million people misused for the first time, and 42,000 people died from an opioid overdose. During the same time frame, 886,000 people used heroin, 81,000 of which used for the first time. As a result, 15,469 people died of a heroin overdose, and 19,413 people died of an IMF or other synthetic opioid overdose.

The Native American community has experienced particularly devastating impacts from the opioid crisis. Part I of this Comment will discuss the impact of the crisis on Native communities and how the federal government's response has failed Native peoples. In response to that failure, the Cherokee Nation filed the first legal action in tribal court in an attempt to protect its citizens and hold the pharmaceutical industry responsible for the catastrophic impact on the Tribe.

Part III will discuss the procedural posture of the most recent development in the Cherokee Nation's opioid litigation. In a multi-district litigation suit in Federal District Court for the Northern District of Ohio, Eastern Division, the Tribe's claims were summarily dismissed from Oklahoma state district court based on the federal officer removal statute. Part III will discuss how this decision fell short of the statute's standard, and that the court should have allowed the Tribe to participate in the State of Oklahoma's litigation against the opioid defendants.

The rulings discussed in Part II and Part III have forced the Cherokee Nation into litigating in federal court in an unfamiliar venue or dropping the suit altogether. While the Cherokee Nation is stuck in a holding pattern, the first trial against opioid defendants was held in Cleveland County, Oklahoma. After a bench trial, the judge found Johnson and Johnson liable for damages in a nuisance action. The judge awarded the state $527 million in abatement funds.

The opioid crisis has wreaked havoc on tribal communities across the country. The Cherokee Nation attempted to assert its sovereign authority to protect its people, but it was denied that authority by the Northern District of Oklahoma. Since the decision in McKesson, the Cherokee Nation joined with the State of Oklahoma in a similar action in state court. Again, the Tribe's ability to sue in a venue of its choosing was thwarted by a federal court. This time District Court for the Northern District of Ohio removed the Tribe's action in state court to federal court under the federal officer removal statute. The decision resulted in the Tribe's case again being removed to federal court.

These two decisions have forced the Tribe to pursue its causes of action exclusively in federal court. Looking back, there is a bit of sad irony surrounding the ultimate results of these two cases. The court in McKesson v. Hembree relied in part on the idea that the Tribe would indeed have a choice of venue after being denied jurisdiction in tribal court. However, the Northern District of Ohio's decision in In re National Prescription Opioid Litigation proved that reliance to be unfounded. These decisions are a retelling of an old story; the Tribe asserted its jurisdiction, but the federal judiciary saw fit to deny that authority, instead asserting its own jurisdiction over the claims in a "take it or leave it" fashion.

The relationship between the tribes and the U.S. government is littered with decisions that have limited tribal sovereignty and prevented tribal governments from realizing their full potential to govern tribal citizens. These decisions and the end results are no different, and until the federal judiciary recognizes the importance of tribal sovereignty, can expect that old story to continue to their peril.