Drug Decriminalization, Addiction, and Mass Incarceration: A Theories of Punishment Framework for Ending the “War on Drugs” 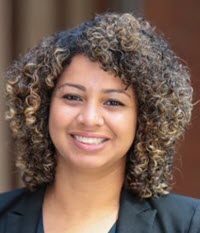 The United States is home to less than five percent of the world's population, but nearly a quarter of its incarcerated population, with more than 2.1 million people incarcerated in state and federal prisons and local jails in 2019, a number that dropped to 1.8 million by mid-2020 due largely to the Covid-19 pandemic and pressure from advocates to release vulnerable inmates. Despite this decline, the United States remains the world's leader in incarceration rates, with dramatic increases over the last fifty years due primarily to the “War on Drugs,” beginning in the early 1970s when then-President Richard Nixon declared drug abuse “public enemy number one.” This war led to the passage of harsh and excessive mandatory minimum drug sentencing laws, as well as increased and aggressive drug crime policing. What followed were unprecedented incarceration rates, the brunt of which was (and still is) borne by low-level, nonviolent drug users and dealers, and people of color. For instance, at the end of 2018, the last year for which this data is available, there were 1,249,700 persons sentenced in state prisons, of whom 176,300 (fourteen percent) had as their most serious offense a drug charge. Of those, 3.7 percent were incarcerated for drug possession, the rest for manufacturing and sale. On September 30, 2019 there were 158,107 sentenced people in federal prisons. Of those, 73,210 (46.3 percent) had as their most serious offense a drug charge. More than 99 percent of federal drug offenders were sentenced for trafficking. Many state and federal prisoners suffer from substance use disorder (SUD), or, if they do not meet the Diagnostic and Statistical Manual of Mental Disorders' definition of SUD, they were substance-involved at the time of their offense.

In October of 2016, the Human Rights Watch and American Civil Liberties Union published a report entitled, “Every 25 Seconds: The Human Toll of Criminalizing Drug Use in the United States.” “Every 25 seconds” signifies the unfortunate fact that every twenty-five seconds in the United States, someone is arrested for possessing drugs for their own use. The irony in this figure is that nearly 60 years ago, the Supreme Court held that criminalizing addiction is unconstitutional. In Robinson v. California, the Supreme Court recognized that drug addiction is an illness which may even be contracted involuntarily, and it struck down a state law that criminalized the “status” of being addicted to narcotics as “cruel and unusual punishment,” violative of the Eighth Amendment to the United States Constitution, made applicable to the states by the Fourteenth Amendment. The Court was careful to limit its holding to laws imposing punishment for the status or condition of being addicted, rather than for the possession or use of an illicit substance, referencing the “broad power of a State to regulate the narcotic drugs traffic within its borders” in the latter situation. Although the Supreme Court suggested that a state could validly exercise police power to regulate, criminalize, and penalize the use and possession (among other things) of “dangerous and habit forming drugs,” it also observed that the state might instead select a different course through, for example, public health efforts and education, or “[amelioration of] the economic and social conditions under which those evils might be thought to flourish.” Saliently, the Court remarked, “[i]t is unlikely that any State at this moment in history would attempt to make it a criminal offense for a person to be mentally ill, or a leper, or to be afflicted with a venereal disease.”

While the Supreme Court did not explicitly ban the criminalization of drug use and possession in Robinson, the distinction it attempted to draw between the status of being addicted and drug use/possession itself, is thin, at best. Indeed, a person addicted to drugs has inevitably possessed and used those drugs at some point. The Robinson Court's reasoning rests, at least in part, on the notion that a person cannot be punished for their status as a drug addict because the substantive criminal law necessarily requires a voluntary act as a perquisite to punishment, yet for many who possess drugs for personal use, changes to the brain's structure and function as a result of long-term drug use rob them of any true volition when it comes to drug-seeking behaviors and use. More fundamentally, it seems odd to hold that legislators may not criminalize the disease of addiction, yet they may criminalize the symptoms of that disease, such as drug procurement, possession, and use. Some scholars have argued that, even absent addiction, the criminalization of drug possession contravenes the longstanding common law principle that an individual should not be punished absent a voluntary actus reus, because the state of being in possession of a thing is not properly thought of as an “act.”

Both of these contentions are largely outside the scope of this article, so for the sake of argument I assume that drug possession can properly be thought of as a voluntary act for purposes of imposing criminal liability. However, I argue in Section II, infra, that the justifications for criminal punishment-- deterrence, incapacitation, rehabilitation, and retribution--do not support criminalization of drug possession for personal use alone. Instead, these theories of penal sanction support adopting drug decriminalization measures in the United States, such as those taken in Portugal in 2001, when Portugal became the first country in the world to decriminalize the possession and consumption of all drugs, reclassifying them as administrative violations subject solely to non-criminal penalties, like fines. Namely, studies show that drug criminalization and the threat of imprisonment do not deter drug use, especially for users who also face addiction problems. Studies also show that the connection between drug use and violence is tenuous, and that locking up community members who use drugs does not make most communities safer. And while rehabilitation is certainly a legitimate goal for individuals with SUD, prisons, jails, and even drug courts, are ill-equipped to rehabilitate these individuals and often do more harm than good. Finally, from the retributivist's perspective, even if initial drug use and possession can properly be viewed as voluntary acts, the medically accepted disease model of addiction suggests that individuals whose drug possession and use is the result of an addiction are inherently less morally culpable than their non-addicted counterparts as a result of their disease. Even individuals whose drug use does not meet the medical definition of SUD are not deserving of criminal sanctions for what amounts to a victimless crime with little potential to hurt anyone but the drug users themselves.

In Section III of this article, I extend the above decriminalization framework, describing how it can be employed to support broader legislative, policy, and court reforms to the criminal justice system, including reforms to the ways in which the relevant institutional actors view and treat addiction at every stage of a non-drug possession criminal case. I argue that efforts to ameliorate this country's intertwined mass incarceration and opioid epidemics will require more than just drug decriminalization. The system needs both innovation and large-scale transformation, recognizing that when addiction is the root cause of criminality, the purposes of punishment often do not support incarceration.

At the moment, America faces two complex and multilayered crises: the opioid epidemic, which claimed the lives of over 70 percent of the 70,630 drug-related deaths in 2019, and mass incarceration. Because of the United States' punitive “drug war” laws and policies, they each feed and help to sustain the other. We incarcerate people with drug addiction purportedly for their own well-being and for the betterment of society, and, in turn, this incarceration often exacerbates addiction issues through, inter alia, the disruption of community supports, including drug treatment. What results is a dizzying and deleterious feedback loop where neither problem is the least bit remedied. As shown herein, rational drug policy requires recognition that addiction is a chronic, relapsing brain disease and that it be treated as such.

Reforming the United States' drug laws and policies, as well as the ways in which addiction informs bail, sentencing, and post-conviction supervision decisions is critical to curbing this country's exorbitant incarceration rates and improving the health outcomes of people suffering from SUD. Key reforms, like informal and formal prosecutorial and law enforcement policies not to arrest certain active drug users are already taking place in some jurisdictions, and they provide a good first step. However, the additional initiatives identified and outlined herein, beginning with widescale drug decriminalization at the state and federal level, must be seriously considered to tackle the opioid and mass incarceration epidemics. Innovations such as drug courts, while well-meaning, are not the answer because they remain firmly rooted within the criminal justice system and can have the perverse effect of exacerbating addiction issues and mass incarceration--another cog in the wheel of harm. Instead, removing criminal penalties for the symptoms of the illness of addiction, and employing variegated decarceration reform efforts at every stage of a criminal case where addiction is at play, will better serve the communities affected, resulting in a net positive impact on incarceration and drug overdose rates, as well as public safety.

Leslie E. Scott is an Assistant Professor of Law at University of Detroit Mercy School of Law.