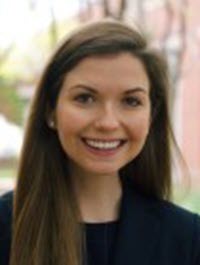 Though the Fourth Amendment is meant to protect individuals from unreasonable searches and seizures, violations of students' Fourth Amendment rights persist in school contexts. Such persistence is two-pronged. First, although students receive certain constitutionally-rooted rights with law enforcement officers outside of school contexts--such as the right not to be searched without a warrant and probable cause unless an exception applies--courts have commonly limited these rights in relation to school officials. Courts have often treated SROs as school officials, rather than traditional law enforcement officers, despite strong opposition to this approach. They therein apply a reduced Fourth Amendment search standard--which the Court created for teachers and school administrators interacting with students--to officers. Second, in considering the reasonableness of a search or seizure, courts balance an individual's interests against the government's interests. When doing so, courts have repeatedly failed to recognize and weigh individual interests specific to schoolchildren as a child's interest in accessing educational benefits.

This Essay proposes a student-conscious model for considering the constitutionality of any law enforcement officer's involvement with a student in a school-based search or seizure. It builds on other scholars' work discussing the need for the Court to clarify how a Fourth Amendment reasonableness standard should be understood in school contexts. This Essay introduces students' educational interests and socio-emotional wellbeing as explicit factors in determining whether a school-based seizure passes constitutional muster. By “student-conscious,” this Essay means an approach focused on a young person's status as both a (1) child and (2) student to whom the state statutorily guarantees access to education. There is little opportunity for success in disparate impact claims related to school policing's disproportionate effect on children of color. Yet, a student-conscious model for students' Fourth Amendment rights could overcome disparate impact litigation's limitations by supporting all children interacting with police officers at school--therein implicitly working against SROs' disproportionate effects on Black and brown students.

Race-based criminalization in schools must end. Otherwise, American schools can never move beyond a dual system of education, which provides minority students with unequal educational opportunities, setting them up for a lifetime of inequality. Ensuring all students' Fourth Amendment rights in school policing contexts would work towards dismantling the school-to-prison pipeline's racially based pattern of pushing students from classrooms and into the criminal justice system. Judicial precedent supports that (1) students deserve procedural protections at school, (2) children experience police interactions differently than adults, and (3) both students and state governments have important interests in the provision of an education. Building on such precedent, it is time to hold schools and law enforcement agents accountable, end racialized school discipline, and ensure students receive full Fourth Amendment rights so they can more readily access the educational opportunities their states have guaranteed them.