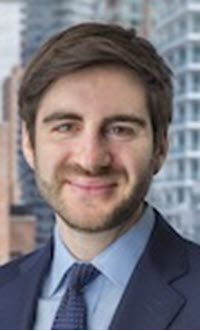 After closing the door, she began to cry. “What's wrong?” I asked. Mary, a Black first year associate at our Big Law firm, ordinarily brimming with exuberance, recounted an interaction with a senior White, male, partner, Tom, who requested that she come to court with him and the trial team. This rare opportunity for a young lawyer to get trial experience was deceptive. As Tom explained, they were representing a defendant in an area with a largely Black population, so the majority of the jury would be Black. Without Mary, the defense team would be all White, which would look bad; however, Mary would have no legal responsibilities. Rather, her duties would be limited to showing up in court and sitting with the team at trial, offering a false sense of diversity to any jurors willing to look. Would she join?

Once she sorted through the dehumanizing effects of the request and weighed how her response could impact her professional future, Mary did something brave: she declined the offer. She politely explained that she would gladly participate on the team if she had responsibilities, but that otherwise her time would be better spent on other matters. Tom said he understood.

The root cause of this troubling interaction, which took place in 2018, has existed for generations. A lack of diversity has been a stubborn constant at the nation's largest, most powerful law firms (“Big Law”) since at least the 1950s. At mid-century, Big Law would not hire Black lawyers. Today, the story is better, but not by much. About one out of fifty Big Law partners is Black, and Black associates are disproportionately underrepresented in Big Law compared to Black law students. Therefore, it is unsurprising that Tom had trouble assembling a diverse team in the first place.

But, that is only the first part of the story. This lack of diversity impacts who Big Law represents. In large part because Big Law's decision-makers are not diverse, Big Law firms uncritically serve as the legal backbone for an industry that indisputably profits from racial bias: private prisons. Big Law lobbies on behalf of private prisons, defends the industry in court, and helps prepare the legal documents that allow for capital to flow from financial institutions to fund daily operations through the sale of stock.

This longstanding and highly profitable representation is particularly troubling today. In the aftermath of George Floyd's death, practically every Big Law firm issued a carefully crafted statement condemning systemic racism while committing to fight it in every form moving forward. Yet, these same Big Law firms have contributed to the systems they claim to be battling by establishing an internal hierarchy that disadvantages Black lawyers and by representing an industry that disproportionately incarcerates Black people. More than one year after George Floyd's death, many of the same Big Law firms that publicly committed to fight systemic racism continue to represent the private prison industry. None have taken accountability for their prior representations or vowed to stop representing the industry moving forward.

This article explains the link between internal diversity and external representation, why Big Law firms that represent private prisons and simultaneously claim allegiance to antiracism are hypocritical, and what Big Law can do to change this system.

George Floyd's death spurred what may be the largest protests in U.S. history and initiated long overdue conversations on race in America. Indeed, shortly before his passing, the civil rights icon Congressman John Lewis said that the movement following Floyd's death “feels and looks so different,” that it is “so much more massive and all inclusive” and that “[t]here will be no turning back.”

During Congressman Lewis's lifetime, Big Law would not hire Black lawyers (or Jewish lawyers or women for that matter). Today, it releases statements quoting Dr. Martin Luther King, Jr. and committing itself to antiracism. Clearly, Big Law has made symbolic progress, but that progress appears to have stalled.

Taking Big Law at its word, it is genuinely committed to changing the status quo. The first step in that process is acknowledging its contribution to racial inequities, both through its own lack of diversity and through its representation of the private prison industry. The next step is implementing structural changes that address those issues. The final step is vigilantly enforcing those changes and addressing remaining barriers as they arise over time.

As time passes, the strength of Big Law's asserted commitment to antiracism and racial equity will become clear. We will either remember the year 2020 as a time when things began to change, or when Big Law's contributions to racial inequities continued uninterrupted.

Scott Budow is an Adjunct Professor of Law at Fordham Law School.