American Indian adolescents in Montana are caught in a school-to-prison pipeline. They are plagued with low academic achievement, high dropout, suspension 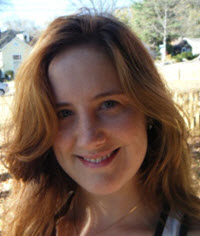 and expulsion rates, and disproportionate contact with the juvenile and criminal justice systems. This phenomenon has been well documented in poor, minority communities throughout the country. But it has received little attention with respect to the American Indian population in Montana, for whom the problem is particularly acute. Indeed, the pipeline is uniquely disturbing for American Indian youth in Montana because this same population has been affected by another heartbreaking and related trend: alarming levels of adolescent suicides and self-harm.

This article presents previously unexamined regional data and provides exclusive personal narratives that demonstrate the shocking educational inequities American Indian children suffer in Montana. It also makes recommendations for addressing the problem. Following this Introduction, Part II lays out the theory of the school-to-prison pipeline and introduces the tribes of the Fort Peck and Rocky Boy's reservations. Part III provides some background on American Indian education and describes the article's "critical race theory" approach to the problem. Part IV presents data illustrating the existence of the school-to-prison pipeline for American Indians in Montana by demonstrating school funding inequalities, racial imbalances in academic achievement among public school students, and racially disproportionate school discipline. Part V describes the youth suicide crisis on the Fort Peck Reservation and its relationship to school practices. Part VI examines the disproportionate involvement of American Indian youth with the state's juvenile justice system. Part VII suggests that, in part, the school-to-prison pipeline problem can be addressed through charter school legislation. Part VIII proposes legal challenges to combat the pipeline and posits that the limited number of legal avenues available for reversing the pipeline illustrates a more general nationwide *674 dilemma in education law, requiring lawyers and advocates to develop innovative strategies to solve this critical problem.

The statistical evidence and tragic stories recounted in this report demonstrate beyond doubt that American Indian children on the reservations and elsewhere in Montana are moving into the school-to-prison pipeline at an alarming and tragic rate. The suicides of so many children is cause for despair, and the complicity of the education system in those deaths, whether through deliberate actions or through inattention, is cause for serious self-reflection and remediation. This article has been written in the hope that the people of Montana, government officials at all levels, teachers and school administrators, and public interest lawyers will have some of the information they need to take action. Despair, prison, and untimely death should not and need not be the ending places of public education for our most vulnerable children.