Booking Students: An Analysis of School Arrests and Court Outcomes

In 2012, the "school-to-prison pipeline" emerged as an issue ripe for policy action after more than a decade of research and advocacy efforts. In March 2012, prominent education and judicial leaders from almost every state in the country met at a conference focused on ending the pipeline. Papers and presentations by leading researchers, advocates, and policy makers discussed plans for replacing punitive school discipline measures with therapeutic, developmentally appropriate, 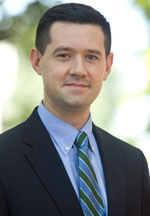 However, in December 2012, America was stunned by the horrific mass shooting at Sandy Hook Elementary School in Newtown, Connecticut that left twenty children and seven adults dead. Like the mass shootings at Columbine High School in Colorado and at Virginia Tech, this event shocked the nation and led many to call for a wide array of policy changes, including gun control measures and mental health reform. In response to the proposals for gun control, the National Rifle Association ("NRA") countered with calls for changes to security at schools, specifically calling for armed guards at every school in the country. The National Association of School Resource Officers ("NASRO") echoed the NRA's position but predictably noted that the armed personnel should be school resource officers specifically trained to operate in the school environment. Ahead of federal action, school districts responded to the shooting in Newtown by reassessing their existing security policies and by adopting new policies, such as increasing police presence and making school entrances more secure. Finally, President Obama unveiled his proposed policy responses to the Newtown shooting, which included increased funding and support for school districts that wish to bring school resource officers into their schools, along with other school safety and security, gun control, and mental health initiatives. Just as momentum was building to make significant policy changes to the current school security and discipline policies that gave rise to the school-to-prison pipeline, the mass shooting in Newtown revived the desire for increased police presence and other security measures in schools.

When faced with horrifying events such as the Newtown shooting that spur visceral policy reactions, it is imperative that policy makers test these reactions against more rational measures of whether the contemplated policy changes are appropriate. A growing, but still developing, body of academic research is beginning to demonstrate that heightened security and disciplinary policies intended to make schools safer actually have adverse impacts on students. In particular, these policies result in higher rates of suspensions, expulsions, and arrests in schools, thereby feeding more and more students into the pipeline.

This article adds compelling evidence to this conversation by analyzing school arrests to obtain a better understanding of what occurs when school discipline and criminal justice become too closely intertwined. To date, research has not sufficiently examined the characteristics of students who are arrested or the nature of the misconduct that leads to these arrests. This article fills this void by conducting an analysis of a database of school arrests during the 2010-2011 school year in Delaware. This database contains an array of variables relating to both student demographics and court outcomes that has not previously been assembled in a single database. While Delaware serves as the site of this investigation, the findings have implications that stretch far beyond the state's borders, as Delaware's school discipline regime reflects what is occurring throughout the country.

This analysis yields a profile of school arrests that aims to improve our understanding of the students who are arrested, the charges they face, and the outcomes of their delinquency proceedings. Most notably, it will demonstrate that police most often arrest students for relatively minor misbehaviors, with misdemeanors comprising more than 90% of lead charges against arrested students. It will also show that black students are three times more likely to be arrested than their white peers, a remarkably disproportionate rate. Additionally, police tend to employ arrests differently to control the behavior of female students. For example, the data indicates that the police are more apt to use arrests as a response when females fight or otherwise act disorderly. In particular, the data demonstrates that black females were approximately twice as likely to be arrested for fighting as white males even though they comprised a smaller percentage of the student population and were not more likely to be in a fight. Finally, a large percentage of arrests are dismissed in lieu of delinquency adjudications, with the majority of dismissals stemming from diversion programs, which suggests that the large numbers of arrests for minor student misbehavior improperly involve the justice system in school discipline matters.

This study comes at a time when many states and school districts are actively considering reforms to their school discipline policies, with one eye focusing on ending the school-to-prison pipeline and the other determining how student safety can be better protected. Its findings provide clear evidence that reforms are drastically needed and that such reforms should not include the placement of additional police and other security measures in schools as some might desire following the events in Newtown. Rather, therapeutic, developmentally appropriate, and evidence-based responses to student misbehavior are needed.

Ensuring the safety and security of America's school children is a critical part of creating a nurturing learning environment. While American schools' adoption of harsh disciplinary policies and security measures may have been an effort toward achieving safe and secure schools, such initiatives nevertheless threaten the nurturing ideal. For example, the use of arrests to control minor misbehavior, as is demonstrated by the data examined above, impedes schools' abilities to address students' behavioral problems in a productive way and instead removes students from the very environment where their needs could best be met. As such, school arrests provide a direct conduit for students to the school-to-prison pipeline by making it more likely that even minor acts of misbehavior in school will lead to justice system contact. Moreover, as the data discussed above confirms, these harsh disciplinary responses disproportionately affect certain at-risk student populations, including minority and female students. As a result, those students who could benefit most from a school's positive learning environment are instead removed from it and handed over to the juvenile justice system.

Schools should not be places where students' failures to meet expected standards of behavior or educational attainment leads to their exclusion from the education process. Rather, schools must shift their approach to safety and security such that students who misbehave have an opportunity to learn from their transgressions and become more productive members of their school communities. Schools can still show students that their actions have consequences while also providing students with the support necessary to address the root causes of their misbehavior. This can only be achieved if arrests are used much more sparingly in schools as part of a larger effort to introduce evidence-based approaches to student misbehavior aimed at creating positive school environments that include all students (even those that misbehave) in the educational mission. Without such changes, students will continue to experience school disruption, and the school-to-prison pipeline will continue to pull students away from school and towards the justice system.