60 Years After Brown, "The students didn't fail us; we failed the students."

Sixty years later, do you think the promise of Brown has been fulfilled? 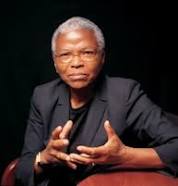 It's the old glass half-full and half-empty answer. De jure racial segregation is outlawed. Most of us are doing things that before Brown we would never have been able to do. So we can answer that question for our own lives. There are all kinds of black businessmen. We have a black president. Conceptually the world has changed. And Brown and its symbolism affected every area of life, not just schools, so yes, in that way it was successful. I would also say it was successful at inspiring the other changes that took place: the great civil rights movement and the Civil Rights Acts of 1964 and 1965.

On the other hand, it's obvious that schools are as segregated today in many places as they were then. Reports done by U.C.L.A's Civil Rights Project on racial isolation in the public schools show that most black and Latino kids go to schools where they are the overwhelming majority. And most white children around the country go to schools where they are a distinct majority. We call it racial isolation instead of racial segregation, but it has the same result. We have lost any commitment to racial integration in the schools. We now talk in terms of educating black children where they are and having reforms that educate them and forget all about segregation.

The most integrated schools are the prestigious, private K-12 schools because those parents want their children to have a diverse experience, so they make sure that they have some black kids and so on. But the public schools, almost everywhere, are segregated. That's a failure of Brown in my view. Brown was also about the quality of education. It wasn't just about segregation. That's why the lawsuit was brought in the first place, to try to get a different quality of school. And that hasn't happened. All the indicators show that the vast majority of students are still in schools that don't have the necessary resources and that have a huge dropout problem of students who wind up going to jail. In that sense, Brown has not worked. We also have not been able to get rid of race discrimination in employment, housing, and other areas.

You just spoke about the dropout rate and how a lot of those young black men end up winding in jail. That describes another real threat to equal educational quality and opportunity. It's called the school-to- prison-pipeline. What is the school-to-prison pipeline?

Well it's not really the school-to-prison pipeline. It starts much earlier than that. School is part of it, but you can start with what kind of environment kids are in before they even get to school. Sometimes I think it should be called the "cradle-to-prison pipeline," as Marian Wright Edelman sometimes calls it. Sometimes it could be from "the-day-you-conceive-to prison-pipeline."

Here's the issue. You have families without resources. What happens is you have kids who grow up in an environment which is not nurturing because the resources aren't there. And the parents, themselves, didn't have the resources or nurturing when they were growing up that make them able to do what they should be doing. When you add that to the neighborhoods they live in and the schools they go to starting from kindergarten, it's an environment in which there is poverty and there are drugs.

Another problem is that when kids go to school, there's a problem with keeping kids' attention. In fact, the easiest thing to do is to pull children out of school who aren't paying attention because you don't have to be bothered with them. The hardest thing to do is to find out what interests students and attend to that and get them interested. If I hadn't had teachers who tried to keep me interested when I went to school, I probably would have been in jail. I wasn't interested most of the time, but they found a way to make me interested and to find out what I was interested in.

So I think kids are already starting out with disadvantages. And then they go to school, where people decide they're problem kids and that they shouldn't be tolerated. And it's easier to get rid of them so all the other kids can have a pleasant environment. I have found that in most situations as a teacher that the students who are the most difficult to engage, and who may be creating some discipline problems, are usually among the smartest students if you can just reach them. It reminds me of one time I was in jail for a protest and the marshal who was there was someone I had taught years before. I was asking him about the prison population, and he said the young guys who had been running drugs were some of the smartest, most entrepreneurial people he had ever seen in terms of intelligence. It's just that they came out of impoverished backgrounds and had gone to school in places where no one ever engaged them.

Schools also don't have the resources to help teachers, so the easiest thing to do is get rid of problems students. This starts young. I know when one of my nephews was in the first or second grade, they said he was a discipline problem. How can you be a discipline problem when you're in the first or second grade? Another student whom I taught went to teach in one of the city schools and told me that some kids were fighting on the school grounds "" this is elementary school by the way. The cops came by and saw them and wanted to arrest these little black boys. She said, "That's ridiculous, they're just kids." And one of them said, "Well we might as well take them down and fingerprint them now and get them in the system because we know they will be in the system soon enough." So this is the presumption about kids, and the way that they're treated. So I think the pipeline is working very effectively. And then when they drop out, we say they dropped out, but most of the times they're pushed out. And they're pushed out because of all the things I just said.

It's hard to get away from the fact that a lot of schools in inner cities have come to resemble prisons themselves with police officers patrolling the hallways, metal detectors, pat downs, and surveillance cameras. How did we get here?

Yes, when I visit schools I see that. I think to myself I wouldn't want to go here. You might as well be in prison.

But how did we get here? Where places of enrichment and inspiration have become institutions with a penal atmosphere?

They have a penal atmosphere because people are afraid of the students and have determined that they're already a criminal element. And they believe they're protecting some students from other students. This is a presumption. If you would take the same resources that we give to the private sector "" voucher schools and charter schools "" and put them into the public schools when children are very young, you'd have more students making it to high school, and you wouldn't need guards and bars. You'd also be making it possible for students to be educated and graduate rather than push them out of school.

Even if you could care less about the school-to-prison pipeline as a moral issue, I'm struck that people wouldn't still be against it because it's such as waste of resources. Wouldn't you want to create productive citizens that contribute to society rather than spending money on locking people up, which costs a lot of taxpayer money?

I think that's right. One of the depressing things for me is that I made that same point during a talk and in the Q&A a guy just said "Well but if we spend the money on prisons and arrest them, then we'll know we have the predators inside." You know I hear some of the most ignorant responses to the resource argument. The other thing I want to mention is that this isn't just boys, there's an increasing rate of girls that is being pushed out of school. The numbers are still larger for boys, but it's happening to girls increasingly.

The resource argument is unanswerable: it's cheaper and you make more productive citizens. And if you're going to spend money on something, you might as well spend it on something that has a better payoff than on these schools that look like prisons and then spend it on the prisons afterward, which house these kids who were pushed out of school.

How do we put the school-to-prison pipeline on the tip of everyone's tongue?

School reform is a topic very much in the public eye right now. And that's an important issue by itself. What has not happened in the school reform debate is the connection between school reform and prison reform. That if you took the same resources given to charter and voucher schools and gave them to public schools, where most of the kids go, you might be able to save more students and keep them in school and therefore reduce the number of dropouts and therefore reduce the prison population.

It's not enough to just talk about how many people are incarcerated. That's talked about, particularly in Michelle Alexander's "The New Jim Crow." You have to connect it to the education reform movement.

Another thing I think ought to be done is that school systems should have to report to the public not only their test scores, but their dropout rates. While you're telling me how many in your high school graduated and went on to college, how many students starting in middle school dropped out of your system? And why did they drop out? And what can you do about it?

So what it seems like you're advocating is a change in consciousness among educators and administrators: That when a child fails, the student didn't fail us; we failed the student.

Right, we failed the children. The children didn't fail us. It's an oxymoron. They can't; they're children. We failed them because we didn't provide an environment where they could be nurtured. We wrote them off, and we made excuses, like oh single families and dysfunctional this or that.

What kind of public policies would you implement to have the desired effect?

What is missing is not law. We have laws on the books. The problem is remedies within the laws. And that is when you find discrimination, what do you do? Where we have problems is when we tried to implement remedies, whether it's affirmative action or whether it's a remedy for school desegregation. We had busing for a while. Then no one wanted to be bused but people who went to prestigious private schools, and they still do.

The hard part is getting the public to accept that there are policies in the area of remedies that need to be implemented to change this. And that won't happen unless public opinion changes sufficiently.

Mary Frances Berry is a Geraldine R. Segal Professor of American Social Thought and Professor of History at the University of Pennsylvania.