In March 2010, Secretary of Education Arne Duncan stood on the Edmund Pettis Bridge in Selma, Alabama and spoke on the importance of strengthening civil rights enforcement in education, high-lighting racial disparities in the use of suspension and expulsion (Duncan, 2010). The Secretary suggested that students with disabilities and Black students, 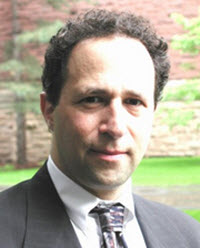 especially males, were suspended far more often than their White counterparts and often punished more severely for similar misdeeds. Subsequently, U.S. Attorney General Eric Holder and Secretary Duncan each addressed a conference of civil rights lawyers in Washington D.C. and affirmed their departments' commitment to remedying these disparities (Zehr, 2010). As part of their promised efforts, they indicated that new guidelines would be released to help states and districts determine whether their discipline policies may have an unlawful “disparate impact” under the U.S. Department of Education's Title VI regulations that are enforced by the Department's Office for Civil Rights (OCR).   The guidance is still forthcoming, but a simple application of the Title VI regulations to school discipline would read as follows:

Under the “disparate impact” theory, a method of discipline that is racially neutral on its face but has a discriminatory effect may be found unlawful absent sufficient justification such as educational necessity. Even if a school's action is justified, it still may be unlawful if equally effective, less discriminatory alternatives are available (Kim, Losen & Hewitt, 2010).

The disparate impact approach looks beyond the question of whether similarly situated students were disciplined differently along racial lines. By focusing on the impact, and by considering the policy justification and the alternatives, the legal framework enables enforcement agencies (and complainants) to address any discipline policy or practice that burdens children of color more than others. Concerns that unconscious racial bias may have influenced the adoption or implementation of an unnecessarily harsh disciplinary policy or practice can also be addressed if they produce racially *389 disparate outcomes (Gladwell, 2005). Most important, proof of racial bias, conscious or unconscious, is not required under disparate impact analysis.

Although every district is unique, the data described below suggests that prong one of the legal analysis, whether a neutral policy or practice has a racially disparate negative impact, would often be met. Next, prong two of the analysis, whether the policy or practice of suspending children is educationally necessary, is explored. Finally, in accord with the third prong of the legal framework, the research presented suggests that there may be equally effective and less discriminatory alternatives to frequent reliance on out-of-school suspensions. Together, the research presented raises Title VI regulatory compliance questions for school districts with large disparities in rates of out-of-school suspension that have not explored alternatives. Equally important, the research raises serious policy concerns about the frequent use of suspensions and suggests there are benefits to pursuing a range of viable alternatives to ensuring safe and effective educational environments.