"The vigilant protection of constitutional freedoms is nowhere more vital than in the community of American schools."  Justice Potter Stewart 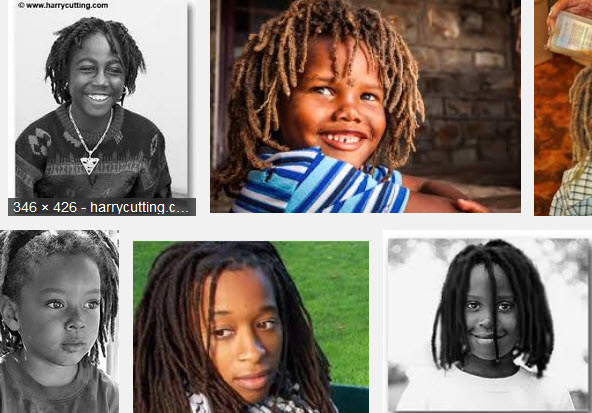 Something peculiar is happening in American schools. This something is an addendum to primary and secondary school dress codes that seems simultaneously outrageous and justifiable. American schools have historically dictated or regulated student dress. They have also placed restrictions on hair length and style, particularly for boys.  However, these polices have recently found a new target: Black children.  Primary schools in Oklahoma,  Ohio,  and Florida *1256 have banned natural Black hairstyles or have threatened Black female students who wear their hair naturally with expulsion. An Ohio school attempted to ban "afro-puffs and small twisted braids."  A seven-year-old in Oklahoma was forced to switch schools after being suspended for wearing dreadlocks.  In Milwaukee, a teacher punished a Black first grader by cutting off one of her braids in front of the class and throwing it in the trash.

Excepting the final example, which is (hopefully) a clear-cut case of assault,  proper resolution of these school policies is legally ambiguous. Though none of these cases resulted in litigation (likely because the schools backed down after nationwide publicity and public backlash), racially conscious school dress code policies that prohibit Black hairstyles are becoming increasingly prevalent.

This Comment addresses two questions that logically flow from consideration of this trend. First, can state-funded primary and secondary schools legally ban natural Black hair and Black ethnic hairstyles? Second, regardless of the answer to the first question, should these schools be allowed to ban them? Because there is no definitive *1257 legal answer as to whether state-funded primary and secondary schools can prohibit Black ethnic hairstyles, this Comment will utilize sociological inquiry and legal analysis to make its own determination. First, examination of social and psychological harms caused by these regulations demonstrates the importance of sheltering Black children from forced acquiescence to White social norms. Next, reviewing case law regarding public schools' regulation of boys' hair length, hair length discrimination as cultural discrimination, and ethnic hairstyle restrictions in an employment context provides a historical backdrop that parallels this Comment's inquiry and reveals why judicial intervention in this area is needed. Finally, dissection of the Supreme Court's Fourteenth Amendment equal protection jurisprudence offers a solution to this unsavory violation of student rights.

The facts surrounding Vanessa VanDyke's  struggle are illustrative in framing this inquiry. The Huffington Post, apparently unable to put its finger on exactly what was wrong with Vanessa VanDyke's imminent expulsion, classified her story under its "Weird News" section.  Reportedly, the twelve-year-old VanDyke was being bullied at school because she wore her hair in a natural afro.  When VanDyke finally informed school administrators about the bullying, the school responded not by chastising the offenders, but by terming her hair a "distraction" and giving VanDyke and her parents an ultimatum.  The twelve year old could either "cut and shape her natural hair or be expelled."  VanDyke's parents were livid and approached local news media with their story.

In the wake of a national outcry spurred by media coverage, school administrators amended their position.  School officials stated, "we're not asking [VanDyke] to put products in her hair or cut *1258 her hair. We're asking her to style her hair within the guidelines according to the school handbook."

The student handbook states "[h]air must be a natural color and must not be a distraction"; prohibited hairstyles "include but [are] not limited to: mohawks, shaved designs, and rat tails, etc."  The handbook seems reasonable enough, but school administrators faced a major problem in its application against Vanessa VanDyke: she was not purposefully styling her hair in a prohibited hairstyle. She was letting it grow naturally from her head.  When VanDyke's peers bullied her because of her natural hair, the school labeled her a "distraction" and suspended her.  Unfortunately, there are currently no clear legal standards that prohibit schools from engaging in this type of behavior.

In order to protect Black children's rights, Americans must recognize that physical and cultural traits, such as hair texture and hairstyle, are increasingly used as a proxy for race. School dress code policies that prohibit ethnically Black hairstyles have two fundamental issues. The first is a devaluation of racially-constructed "Blackness." Prohibition of Black traits has become a politically palatable way of devaluing the Black body. In the same way boys' hair length regulations implicitly devalue a feminized attribute (having long hair), the prohibition of cornrows, afros, dreadlocks, and other ethnically Black hairstyles implicitly devalues Black persons and Black culture. Secondly, these dress code policies target and disproportionately affect Black children while appearing to be facially neutral rules. On paper, banning cornrows might affect all students equally, but if cornrows are almost exclusively worn by Black children then the ban, in fact, primarily affects this racial minority group.

To combat school dress codes that are racist implicitly and in effect, courts must reinvigorate Fourteenth Amendment equal protection. To protect vulnerable populations, Americans must recognize trait discrimination for what it is: a mere proxy for race discrimination.