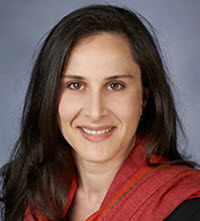 When the Los Angeles Unified School District, the second largest school district in the United States, decided to overhaul its disciplinary system and implement a new “restorative justice” regime, things did not go smoothly. Like almost every school system in America, Los Angeles *585 had, for decades, employed a punitive “zero-tolerance” discipline policy required under state and federal law. Such zero-tolerance laws mandate automatic suspensions, expulsions, and arrests for a wide range of serious to not-so-serious infractions. Students face these harsh, exclusionary punishments for behavioral infractions such as “insubordination,” “willful defiance,” disrupting class, and violating school dress code. Bringing alcohol, controlled substances, or a potential weapon on campus, even when no actual threat to campus safety exists, all trigger automatic expulsion and calls to police. In recent years, zero-tolerance has been roundly criticized for its harmful impact on young people, especially low-income, minority students who are disciplined at disproportionate rates. These criticisms center on students' loss of valuable learning time in the classroom, disaffection and alienation, and increased likelihood of dropping out of school or becoming diverted into the criminal justice system. Los Angeles, and other school districts like it, aimed to change this dynamic, widely referred to as the “School-to-Prison Pipeline,” by instituting “restorative justice” as a disciplinary alternative.

Restorative justice is a broad philosophy, a modern amalgam of ancient world views that centers on repairing harm rather than exacting retribution from rule-breakers. Restorative justice ideology provides the basis for diverse legal reforms, including Truth and Reconciliation Commissions, alternative criminal prosecution and sentencing diversion programs, and victims' rights initiatives. However, when applied to the educational context, restorative justice philosophy takes yet another, specialized form.

*586 The most comprehensive form of school-based restorative justice, referred to by education experts as a “whole school approach,” combines a proactive, conflict prevention pedagogy with specialized processes for addressing conflict when it arises. Restorative school communities utilize an array of non-hierarchical, consensus-based practices--dialogues, circles, conferences, and mediations--for both the preventative and responsive components of school-based restorative justice. Despite the specialized procedures, application, and demand for practitioner skills required by these different practices, they all address harmful behavior by focusing on repairing relationships. When problems or conflicts do arise, students and adults confront the consequences of their actions, explore ways to make amends, and voluntarily agree to recompense. Thus, this restorative justice approach to managing student behavior offers a stark contrast to zero-tolerancediscipline: rule-breaking students, including the root of their behavior, are engaged directly rather than dismissed; held accountable rather than let off the hook; shown how their actions affect others; and taught that what they do matters to their community, all of which helps them develop as self-regulating adults.

The potential for restorative justice to fix the damage caused by zero-tolerance policy has captured the attention of schooldiscipline reform advocates and resulted in widespread legal reforms. At all levels of government, reformers have successfully secured legislation, court orders, and regulations attempting to institute restorative justice in schools.

The problem, however, is that curbing zero-tolerancediscipline with an abstract philosophy like restorative justice proves very difficult. Return, for example, to the story of the Los Angeles Unified School District and its struggle to concretize a restorative ethos across more than 900 campuses, in a school district containing more than 60,000 employees and 660,000 K-12 students. administrators *587 complained about the lack of resources and personnel to construct an alternative system for addressing student misconduct. Teachers felt as if they lacked adequate training in restorative justice principles, not to mention sufficient class time, to engage students in restorative dialogues. Some thought that troublemaking students were being allowed to stay in school to the detriment of other children's learning. Similar complaints emerged in other school districts, like Chicago and New York City, also trying to implement restorative justice.

This Article argues that formal law-based interventions are necessary for reforming school disciplinary practices but that, thus far, such attempts to do so by formalizing restorative justice have been wholly insufficient. To date, legislation, regulations, and court orders mandating schools to use “restorative justice” leave too much discretion to various public and private actors and fail to issue necessary guidance on a whole school approach to restorative discipline. Standing alone, the term “restorative justice” is not a legally realizable or enforceable directive but rather an inherently ambiguous idea, around which there is little consensus, that has spawned numerous, incompatible legal reforms. This confusion extends to the educational setting, where schools have difficulty implementing appropriate, high quality, and ethical restorative practices. Thus, to remove zero-tolerancediscipline, which became entrenched policy through legislation and school board regulations, a new disciplinary policy based in restorative justice requires equally clear, executable legal mandates. These new legal directives will change the way school boards, administrators, and teachers make disciplinary decisions and allocate finite resources.

*588 To translate school-based restorative justice into actionable policy, this Article proposes a collection of legal rules and standards. Regardless of whether the legal mandate takes the form of a court order or a statute, whether it regulates a school administrator or a school board, whether it applies at the local or the federal level, it should include the same collection of legal rules and standards to advance a consistent application of ethical restorative practices in schools. To do otherwise endangers the reform mission by allowing zero-tolerance to endure or for schools to engage in pseudo-restorative practices that do not deliver the intended benefits of a restorative approach.

This strategy of more, rather than less, formalization of school-based restorative practices may be an uncomfortable proposition. Some reformers argue that sustainable education reform depends on a bottom-up commitment from teachers and administrators, not top-down directives. Restorative justice proponents further maintain that building a restorative school requires a shift in community values that cannot be imposed externally and that government regulation of restorative practices privileges experts and disregards intrinsic, community expertise. Others may worry about the unintended consequences of formalizing inherently informal processes. Such skepticism and concern is not to be discounted. *589 Nevertheless, the effort to institutionalize restorative justice in schools using legal mandates has already begun. To safeguard our children and support those charged with their education, we should ensure these mandates for restorative justice are crafted with care.

To make this argument, this Article proceeds in four parts. To understand the backdrop of the restorative justice discipline reform movement, Part I briefly explains the legal regime responsible for zero-tolerancediscipline and summarizes the social science research documenting its negative impact on young people.

Part II introduces the concept of a restorative school and why reformers want it to replace zero-tolerancediscipline.

Part III argues that existing efforts to formalize restorative justice in law at the federal, state, and local levels fail to account for both the ambiguity inherent in the term itself and the difficulties schools have had in implementing this promising alternative.

Finally, Part IV applies Duncan Kennedy's framework for making policy legally realizable to the restorative schooldiscipline reform project. It concludes with proposals for rules and standards that, if formalized in law, would translate school-based restorative justice into an actionable policy.