Students of the Mass Incarceration Nation 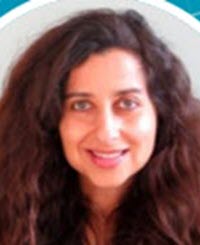 Sometimes no one speaks the truth better than a child. Several years ago, while working as a guardian ad litem in the District of Columbia child welfare system, I represented Michael; he was a precocious seven-year-old African-American boy who had been removed from his home, separated from his siblings, and placed in foster care after suffering serious physical abuse. I visited him at his local public elementary school one day, and as we sat in a common area talking, Michael spotted a school police officer casually walking by. Michael grabbed my arm, pointed at the officer, and exclaimed, “Look at him! That's an officer of the law! He's got a gun! In an elementary school! Do you see it?” I told Michael I saw. He shook his head and declared, “You gotta get me outta here . . . this is no place for a child.”

Michael's educational experience is not unique. More than half a century after Brown v. Board of Education ruled that “separate but equal” education conditions were unconstitutional, educational equity in the United States remains elusive. Since the 1970s, public schools have become more racially segregated. Students of color and English Language Learner students continue to experience large achievement gaps, unequal access to higher education, low graduation rates, high rates of suspension and expulsion, and unequal access to educational resources. Racial disparities also exist in special education and gifted and talented programs. A number of factors have contributed to these inequities. This Article focuses on one of these factors: the mass incarceration of people of color.

Over the last three decades, the country's criminal justice systems have punished a stunning number of people--disproportionately African-American men--and excluded them from mainstream society. Though the United States accounts for 5% of the total world population, it houses 25% of the world's prisoners. It does so despite enjoying historically low crimes rates. America's obsession with incarceration has “mystified and appalled” criminologists in other countries, for “[n]ever in the civili[z]ed world have so many been locked up for so little.” Today, as Paul Butler explains, “[w]e define too many acts as crimes, punish too many people far longer than their crimes warrant, and therefore have too much incarceration.”

In this era of mass incarceration, young people of color, especially African-American students, are vulnerable. The misguided “lock ‘em up” mentality that pervades the adult criminal justice system has also been applied to the juvenile justice system, with no recognition of the developmental differences between youth and adults or of the research that has emerged in the last fifteen years about what works--and what does not--in responding to youth misbehavior and delinquency. At the same time, many schools have embraced the prevailing culture of punishment, employing surveillance and social control measures that mirror those of the justice system and relying on exclusionary measures to respond to student misbehavior. And because youth have diminished rights at school and in juvenile court, they are often defenseless in the face of governmental overreaching. As a result, youth are being removed from school settings and treated as criminals for rather typical adolescent behaviors, with disastrous consequences to their educational opportunities and achievement.

The connection between education and incarceration has been examined in the literature. Educational failure significantly increases an individual's risk of engaging in delinquency or crime. In addition, a robust body of work has identified a “school-to-prison pipeline” or “schoolhouse to jailhouse track” to describe the numerous factors, including resource disparities in urban schools, inadequate educational opportunities, zero-tolerance policies, presence of law enforcement on campus, perverse incentives created by the No Child Left Behind Act's high-stakes testing regime, and denial of special education services that combine to funnel youth from the education system into the justice system. As United States Assistant Attorney General for Civil Rights Thomas Perez recently acknowledged, “We have failed all our children--and our society--if an education becomes a pathway to prison. It is a moral imperative that education instead serves as a road to success.”

However, the connection between education and incarceration does not flow solely in one direction. This Article argues that the racialized and politicized criminal and juvenile justice policies that have led to the mass incarceration of people of color have also exacerbated racial disparities in education. The single-minded focus on punishment in the criminal and juvenile justice systems has impacted how schools handle certain student behaviors, with devastating consequences. Today, these two systems--the education and justice systems--have developed a “symbiotic relationship,” effectively working together to lock out large numbers of youth of color from societal opportunity and advantage. In addition to these direct impacts on youth, mass incarceration has other ramifications for education policy. States spend significant amounts of money on corrections--money that could better be spent on education. And schools are often not prepared to help students grapple with the host of negative impacts that are associated with having a parent or guardian locked up behind bars.

This Article argues that in order to be successful, educational equity reform efforts must be accompanied by wide scale juvenile and criminal justice reform. A window of opportunity currently exists for such wide scale reform. Crime rates are down, and the costs of mass incarceration are becoming unsustainable. Given the budget crises facing the states, some policymakers needing to slash spending have shown receptivity to calls for adopting more cost-effective alternatives to incarceration. In fact, due primarily to these fiscal concerns, in 2009, for the first time in forty years, the rate of adult incarceration in state prisons nationwide retreated slightly, by 0.3%.

At this critical time, educational equity advocates--and all others concerned about social justice--should join forces with criminal and juvenile justice reformers to call for the dismantling of the mass incarceration system. Given the numerous devastating impacts that mass incarceration is having on education and social mobility within communities of color, social justice advocates would benefit from thinking more holistically and working more collaboratively across issue-specific silos to advance a common agenda for racial justice. Isolated policy reforms or lawsuits addressing only one aspect of the education or justice system without attending to the interconnections between the two systems are unlikely to fully dismantle the culture of punishment targeting students of color. If one policy problem is solved in isolation, another manifestation of the punitive drive to push youth out of schools and into the justice system is likely to arise elsewhere. By working together to advance a holistic social justice reform agenda that includes challenging mass incarceration, advocates have the greatest chance of making long-lasting progress in the fight for equity.

Part I of this Article provides an overview of how the United States came to incarcerate more people than any other nation in the world, despite enjoying historically low crime rates. Part I also links the politicization and racialization of crime in the public discourse to the punitive criminal and juvenile justice policies that have led to the mass incarceration of people of color, and argues that youth are uniquely vulnerable to these policies.

Part II details the impact that this punitive trend in the justice system has had on educational policies and practices. As justice systems have become more punitive, schools have responded to student behavior with measures associated with crime control. Specifically, schools are relying on exclusionary policies, such as school suspensions, expulsions, and referrals to juvenile court, rather than adopting pedagogical responses to student behavior. As a result, many students, particularly students of color, are being criminalized for fairly typical adolescent behaviors, and the focus for many schools today is on “behavior management and social control” rather than the promotion of learning, critical thinking, and educational achievement.

Part III explores two factors that make challenging the punitive treatment of youth of color by both the education and the justice systems particularly difficult. This includes the fact that youth generally have fewer rights than adults both at school and in juvenile court. In addition, the interconnected nature of the education and justice systems has created a dynamic by which challenging policies in just one system or the other is unlikely to achieve long-lasting reform.

Part IV details the numerous harms that have resulted from the collaboration between schools and courts to criminalize youth. The collaboration has exacerbated racial inequities in education by decreasing educational opportunities and outcomes for many students of color, limiting their employment prospects, damaging their health and psychological well-being, and impacting how they view both authority and themselves. Ultimately, these factors combine to facilitate the eventual entry of many students of color into the adult criminal justice system.

Part V describes additional negative ramifications of mass incarceration for education policy. These include the fact that outsized state corrections budgets are limiting the available state funding for education. In addition, many students have a parent or guardian who is currently--or has previously been--incarcerated, and schools are often not equipped to meet the needs of these students.

The Article concludes in Part VI by arguing that education advocates, justice system reformers, and others concerned about racial justice and equity should join forces to advance a more holistic and collaborative reform agenda that includes challenging criminal and juvenile justice policies. Such a reform effort is integral in the fight for educational equity. To help lay the groundwork for such a reform effort, this Article provides a few concrete policy recommendations that educational equity advocates and justice system reformers can pursue together. While acknowledging that the obstacles are great, this Article argues that advocates must work with the communities most impacted by mass incarceration to fundamentally change how society views issues of race, crime, and punishment.