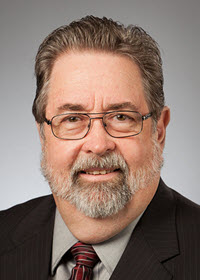 Public Education is failing. Failing to educate large segments of our youth, failing to prevent these children from becoming disengaged from society and its institutions designed for their benefit, and failing to acknowledge that our long stored history of racial conflict has matured into more subtle expressions of superiority and inferiority. Nationwide it is reported by the U.S. Department of Education that 4.1% of those that could have graduated with the high school class of 2008 failed to do so. This is a small number - not particularly alarming--if it were true. If one uses the government's non-graduating percentages, over 1,000,000 young people each year do not graduate on time. Call it dropouts, call it “leavers,” call it “delayed graduation,” give it whatever bureaucratic label you wish, but enough young people to populate the tenth largest city in the United States fail to graduate high school EACH YEAR. This is a failure of monumental proportions and has led to societal restructuring inconsistent with our history. The great American middle class is disappearing. As these children mature the loss in productivity falls on others to compensate in increased social expenses, incarceration costs, tax revenues, and class resentment which should not be consistent with our future. The systematic exclusion from public education of children of color and economic disadvantage is the hole in the pipeline these children are forced through--a pipeline which all too often leads from their public school to involvement with juvenile justice agencies and eventually prison as an adult. This is a problem that should not be ignored any longer. It must be dealt with now, not kicked down the road to the next generation, and the next, and the next.

What began as my preoccupation--perhaps an obsession--on the treatment of juveniles within the juvenile justice system led to my study of how children first enter a juvenile system. This system all too often leads them into the adult criminal justice system, which culminates in incarceration and loss of privilege and opportunity. The public school, for many children, is the first institutional setting they experience. Logically, a child's public school experiences, successes, failures, perceptions, and productivity is axiomatic to their success in adult life. Being a seasoned father of two, I often faced discipline encounters as my own children fought their way through the public school maze.

Representing juveniles charged with crimes in Texas courts has given me a front-row seat at the treatment of misbehaving adolescents. What my experiences have taught me is that many students - often children of color and from economic disadvantage - find themselves being excluded from their schools and alienated to such a degree that remaining in school becomes toxic. These students appear to be marked for exclusion from the one institution that was created for their benefit, “the great leveler,” a public school education.

This paper is the first in a series to address this problem. This first article will include an historical discussion of school discipline with an emphasis on how Texas specifically manages these issues. It will also explore the effects upon the students by the overuse of suspensions and expulsions and the use of alternate placements to drive certain student populations from the public schools through dropouts, attrition, and criminalization. I will offer a solution to this problem by discussing the implementation by some public schools, penal institutions and juvenile justice institutions of a behavioral modification program that works. Completing this first work will be a recommendation for the Texas Legislature to eliminate the Disciplinary Alternate Education Programs and force all Texas's public schools to deal with their own behavioral issues by adopting the most productive tool yet devised for addressing school discipline, the Positive Behavior Interventions and Support (PBIS) model. In a later work I will argue for the complete overhaul of the DAEP's juvenile justice cousin, the Juvenile Justice Alternate Education Program (JJAEP), and discuss the final implementation of PBIS in the TYC school system as that evaluation is made available. These issues may appear to be Texas specific, but they exist in virtually every public school, in every state. As Texas is often used as a public education barometer, the solutions in Texas can be used to improve public school education throughout the United States.

It is time to stop kicking the can down the road. We cannot wait for another generation to miss out on this opportunity. A mature society should use science, not emotion or superstition, to lead the way. By using social science and evidence based behavioral modification techniques, we can deal with misbehavior in the classroom now. Instead of dealing later with the effects of a large and growing undereducated, mostly minority and poor subculture, public schools must once again be committed to educating every child. As a society, there must be a commitment to the value of education for all children. Otherwise, society should be honest and admit that an education is for the privileged, mostly white children whose good fortune it has been to be born within a caste system intellectually dishonest in its misanthropic, sardonic goals and ambitions. By highlighting the problem and suggesting solutions, it will be the purpose of these papers to encourage the legislative process to mandate systems of positive behavioral interventions and supports throughout our public schools statewide. I hope this will forever change the way educators treat students who heretofore have been discarded into alternate education programs. These programs have the effect, even though probably unintended, of isolating minority students--mostly male--creating the inevitable spiral of failure and withdrawal that leads to a class of children without the tools, both emotionally and educationally, to be productive adults.

It is my hope that those that have the power to make these changes will see the beneficial effects of my argument and dictate that changes are made. In doing so, not only will our children benefit, but to each leader that has ignored these warning signs of societal collapse, a challenge is made to end the continued waste in human and financial resources that kicking this problem down the road to the next generation will produce.

Some would argue that the current system of zero tolerance has evolved into the perfect balance of discipline and education effectively removing from the school environment all those that threaten its safety and effectiveness. During the 1990's the argument for less tolerance in adolescent behavior was brought about by the anxiety over what many saw as a skyrocketing juvenile crime problem and the ever increasing demands on the time and talents of teachers as they perceived themselves more as referees than the caretakers of our future. For those who see no problem here, let us not forget the byproduct of zero tolerance-the ever increasing failure of the public school system to educate all our children. It is to this issue this article is addressed.

But to preface this discussion, two disclaimers. First, I am not suggesting that we ignore the rights or sensitivities of crime victims. Those in the schools that are victimized at the hands of others should not have to experience further trauma by unnecessary and thoughtless continued exposure to their perpetrator. I believe that we will always have those that must be removed from society for everyone's benefit - children and adults. I wish it were not true, but it is. The construction of a perfect society where everyone behaves will never occur. But it is my wish that we reduce the number incarcerated by a more intelligent application of discipline beginning early in a child's education. Hopefully the necessity and frequency of penal segregation can be reduced and the number of those who would otherwise suffer will decline.

Second, it is not the intent here to indict those that work within the education system. Those that have chosen a career of education are always at the whim of politicians and an easily exploited population that all too often turns to society for answers to their own problems. If our society were still largely rural, agrarian and removed from the rest of the world in time and space, the problems outlined herein would be less impactful. As the last half century has proven, there is no longer in Western society a segment that is so far removed that its existence is not intertwined in the fabric of everyday life throughout the country. In Texas, there are many rural areas and school districts that some believe do not suffer the same influences that children in urban areas experience. In fact, it appears often our legislature believes that Texas is locked in the pre-World War II rural mentality that so many believe is that Utopian dream of how society use to be.

Our educators throughout this State deal with the same influences of modern culture, drugs, sex, violence, racism, music, fashion, depression, mental illness, developmental disabilities, disease, and poverty despite the good or bad fortune of living in one of Texas's large metropolitan areas or in the most remote village or township. Those charged with the education of our children must be given the tools to deal with misbehavior without being charged with the responsibility for being policemen, prosecutors, or executioners. A better system must be created and mandated upon local school boards to change the perpetual creation of an underclass of mostly undereducated males with little or no opportunity for adult success.

There is not a teacher in this State that would trade a quality education for every child for the luxury of teaching only the best behaved. Teachers believe it is their charge to educate every child. It is with this as a backdrop that the current method of educating our children--who find themselves being kicked down the road due to their own misbehavior, either perceived or imagined--is here described.