Suspension and Expulsion in America's Public Schools: Has Unfairness Resulted from a Narrowing of Due Process?

Excerpted from: Philip T.K. Daniel and Karen Bond Coriell, Suspension and Expulsion in America's Public Schools: Has Unfairness Resulted from a Narrowing of Due Process?, 13 Hamline Journal of Public Law and Policy 1 (Spring, 1992) (287 Footnotes) (Full Document) 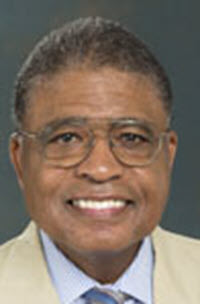 On Friday, October 18, 1991, four people approached Marshall Draper in the parking lot of a McDonald's Restaurant in one of Columbus' upperclass neighborhoods. One of the four hit him in the face for no apparent reason. Draper turned to run. Another of his attackers pulled a gun and shot him in the back as he ran.

Marshall Draper is young, black and male. He was also the plaintiff in the United States District Court, Southern District of Ohio's most recent ruling on school expulsion/suspension procedures. In 1987 Marshall, who was then an eighth grader at Mifflin Alternative Middle School, allegedly threatened several other students with a knife. The incident “purportedly occurred just after school and just beyond the school yard, while the children were walking home.” Of the four students involved in the incident, three were black and one was white. The knife was owned by the white student who had it in his possession throughout the school day.

At no time during the school day did Draper have the knife in his possession. Furthermore, the alleged incident did not occur on school property. The Columbus City School Board had formulated its expulsion/suspension procedures, pursuant to Ohio Revised Code § 3313.66.

As a result of this incident, Draper was the only student expelled and transferred to another alternative school in the district. This expulsion was the only disciplinary incident on Draper's academic record. Following this “incident,” written notice was never given to Marshall Draper, although his parents received written notice, albeit not within the time parameters set by the school board.

In Draper v. Columbus Public Schools, the district court held that due process requirements for expelling a student who was reassigned to another school were satisfied by the following steps: (1) an informal hearing before the principal; (2) written notice to parents to inform them of a student's formal hearing before an officer of the school system superintendent; (3) the right to appeal to the school board; (4) the right to have counsel present; (5) and the opportunity to have a hearing before the school board. The court ruled that in order to determine the requirements of procedural due process in connection with the expulsion of a student, the student's interest in reputation and uninterrupted education had to be balanced against the state's interest in maintaining safe, orderly, and effective public schools. Although the Draper test for determining whether procedural due process requirements have been met provides the proper balance, the district court's decision is inapposite in that the court failed to consider all relevant evidence. Furthermore, the court refused to acknowledge that the school district had inequitably applied its own written disciplinary procedures and regulations in expelling Marshall Draper.

Marshall Draper's case illustrates the important role constitutional rights play in the educational context. Procedural and substantive due process are central to all suspension and expulsion proceedings. Unfortunately, Marshall Draper's case also illustrates the disproportionate impact of suspensions and expulsions on black and other minority students.

The facts of Draper clearly indicate that it is not enough for a school district to have written disciplinary procedures that comply with the constitutional mandates for procedural and substantive due process. In order for these constitutional safeguards to be effective, the judiciary must insist that local school districts correctly administer and enforce their own written guidelines and procedures. Otherwise, innocent students, such as Marshall Draper, will continue to be denied their constitutional rights while their guilty counterparts violate the rules without penalty.

This article offers a brief introduction to expulsion and suspension in our nation's public schools and case law challenging its use. It is not, however, the intent of the authors to present an exhaustive review of all disciplinary procedures. The student's right to procedural and substantive due process has long been established. Concurrently, the state has a legitimate, and perhaps compelling, interest in maintaining classroom discipline. This article suggests, however, that suspension/expulsion rarely serves the state's interest, and that the maintenance of classroom order can be achieved by less restrictive means which protect the student's due process rights without having a disproportionate impact on black, male students.

In order to eliminate unfairness and improper application of school discipline, a procedure must be created that ensures both substantive and procedural due process to all students. That alone, however, is not enough. Not only must there be adequate procedures, but students must be aware of all facets of the disciplinary procedure. Even these safeguards will fail if teachers, administrators, and school boards choose to turn their heads when the administration of punishment has a racially disproportionate impact despite the due process procedural safeguards.

The nation's courts must consider carefully their stance of judicial deference because the Department of Education, Office of Civil Rights statistics have shown that despite disciplinary codes ensuring procedural due process a disproportionate number of black students are being subjected to suspensions and/or expulsions for some reason. However, if there is a causal nexus between the statistics and the case law, it remains elusive. Perhaps the best answer we can give at this point is that where the procedural due process safeguards are present, then we must look to those who are in charge of enforcing and ensuring those safeguards for the obvious disparity. In other words, it is not enough to have procedural due process safeguards in place if school administrators and personnel are not correctly enforcing them or in the alternative are using them in a discriminatory manner.

In an imperfect society, it is not possible to construct a perfect set of rules for a society which his constantly changing. Societal values, cultural differentials, and demographics must be carefully considered and weighed. At a minimum, school disciplinary policies must be directly related to the educational program and have an educational purpose. The following guidelines suggest a starting point for policy formation, which represents what the authors feel is a fair and appropriate form of procedural due process in relation to disciplinary procedures. For educators and attorneys contemplating changes in current school policies or implementation of a new policy, there are a number of basic principles which should be considered:

In its most basic form, the policy must provide notice of what conduct is prohibited.

Rules and regulations promulgated under the policy must be written in a manner that is understandable to the average student.

All rules must be rationally related to a valid education purpose, otherwise, they will not withstand constitutional challenges.

Language precision is essential in order to prevent infringement on constitutionally protected activities.

Notice of potential consequences should be specific in order to provide students with notice as to any prohibited behavior.

Types of punishment specified in disciplinary policies must be within the express or implied statutory grant to the school district by the state legislature. This will vary among the states.

All disciplinary procedures should take into account factors such as racial and cultural differentials.

As has been stated, no procedure is perfect. In addition, the efficacy and equitableness of a disciplinary procedure is totally dependent on the impartial administration of the process. The formulation of policy cannot occur in a wholesale manner without actively involving all factions whose lives it will touch and affect.

The formulation and adoption of a disciplinary procedure cannot occur in the sterile environment of the school board's meeting place. To create any policy which governs the educational process, it is necessary to emerge from our ivory towers and face the realities of today's world. The poet, William Carlos Williams wrote, that to understand the complexities and needs of our society, we “must immerse [ourselves] in the filthy Passaic.” On the other hand, an effective policy cannot be formulated in the schoolyard. The worst possible scenario is to create policy in reaction to crisis. A reactionary response to a problem of this magnitude would only worsen the crisis.