Pipelines and Their Diverging Paths to the Justice System 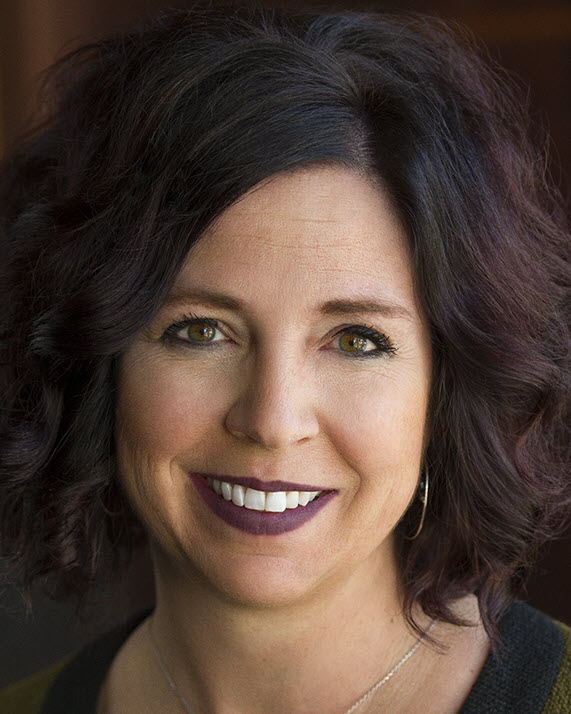 Like many of you, I was familiar with pipeline programs that focus on encouraging and assisting minority students in seeking careers in the law to improve the disparity in numbers of diverse lawyers versus the population as a whole. I recently learned about another pipeline that can lead children toward the law, not as a career choice but as criminal defendants: the school-to-prison pipeline.

As highlighted by one author:

Imagine receiving a phone call that your child had misbehaved at school. Imagine if that call came from the local police. Tens of thousands of parents go through this scenario every year. And while it's natural to assume the police will only get involved if a serious offense is committed, the majority of these cases--and arrests of juveniles at school--involve bad behavior, not criminal activity

The school-to-prison pipeline is used to describe the disturbing trend in which zero-tolerance policies criminalize minor infractions of school rules, and the increase in suspensions and expulsions pushes kids out of the school and, unfortunately, into the criminal justice system. Behavior that once led to a trip to the principal's office and detention--school uniform violations, skipping classes, profanity, launching spitballs, and talking back to teachers--can now lead to suspensions, expulsions, and arrests for disorderly conduct. Changes in school discipline policies that favor punishments such as suspensions and expulsions instead of constructive approaches for managing behavior and encouraging learning play an overarching role in the school-to-prison pipeline. As a result, school suspensions have more than doubled since the 1970s

Behavior once disciplined within the school is now being handled by law enforcement. As reported by the U.S. Department of Education's Civil Rights Data Collection, during the 2015-2016 school year, approximately 291,000 students were referred to law enforcement or arrested on school property during the school day. Studies reveal that the overwhelming majority of these arrests were for minor offenses

An extensive study by the American Bar Association uncovered several explanations for emergence of the school-to-prison pipeline, including criminalization of school discipline and the presence and role of school resource officers (SROs)--career officers deployed by law-enforcement agencies on a community-oriented policing assignment to work in collaboration with one or more schools. Students in schools with SROs were nearly five times more likely to be arrested for disorderly conduct, which can encompass a wide range of noncriminal behavior

An alarming aspect of the school-to-prison pipeline is that certain groups of students are disproportionately affected. Students of color, students with disabilities, and LGBTQ students are disciplined more harshly--including referral to law enforcement for minimal misbehavior--and eventually drop out or are pushed out of school. The Civil Rights Data Collection study showed that nearly 83,000 of the more than 291,000 students referred to law enforcement or arrested during the 2015-2016 school year were students with disabilities. And African-American students are suspended and expelled at a rate three times greater than their white classmates. This is also true in Michigan. Minority youth in this state are more likely to enter the juvenile justice system as a result of the school-to-prison dynamic than the youth population as a whole

Despite these higher suspension and expulsion rates, the U.S. Department of Education's Office of Civil Rights has held that discipline and other disparities cannot be explained by more frequent or serious misbehavior by minority students. There is little evidence that minority students in the same school or district engage in more disruptive behavior that could warrant higher rates of exclusion or punishment. So why are we seeing the harsher punishment for students of color?

One factor could be that students of color are more statistically likely to attend schools with SROs on campus. Another documented explanation is the implicit bias that influences the discretionary decisions of well-intended educators and juvenile justice decision makers. The disparities come from how adults respond to the student behavior. In addition, zero-tolerance policies reduce the discretion of local school districts, resulting in more arrests, suspensions, and expulsions, which not only lead to an interruption in learning but can be permanently life-altering. Individuals with juvenile records are likely to have more future arrests than individuals arrested for the first time as adults. The delinquency adjudication can affect access to public housing and school, limit the ability to join the military, and hinder employment opportunities. In fact, a school suspension has been identified as “the number-one predictor--more than poverty--of whether children will drop out of school, and walk down a road that includes greater likelihood of unemployment, reliance on social-welfare programs, and imprisonment.”

How can lawyers help?

Realizing the unintended consequences and impact of zero-tolerance policies and the elevation of school discipline to disorderly conduct, bar associations across the country have dedicated resources to dismantle the school-to-prison pipeline. For example, the Boston Bar Association presented a symposium on juvenile restorative justice aimed at spreading awareness of existing restorative justice programs and educating the broader legal community about restorative justice in the juvenile court. The New York State Bar Association commissioned a school-to-prison task force whose mission includes examining current law regarding school discipline and recommending policy regarding officers in schools, appropriate disciplinary sanctions, and instituting restorative justice alternatives, including youth courts. The Dallas Bar Association sponsored a school-to-prison pipeline professional development program for attorneys to learn how they can effect change. Closer to home, the Journal of Law in Society, a scholarly publication of Wayne State University Law School and the Damon J. Keith Center for Civil Rights, presented a symposium titled “Deconstructing the School-to-Prison Pipeline” to examine the policies and practices that systematically push at-risk youth out of mainstream public schools and into the juvenile or criminal justice systems

As a mandatory bar, the State Bar of Michigan is limited in the efforts and resources it can offer in reducing the prevalence of the school-to-prison pipeline. Certainly, the SBM is well-equipped to promote science-based implicit bias training opportunities to attorneys and their staff, including prosecutors and juvenile judges, in line with our responsibility to comply with Rule 6.5 of the Michigan Rules of Professional Conduct. However, local and affinity bar associations, foundations, law school clinics, and lawyers in their individual capacities--especially those with relationships in the school districts--are even better situated to respond to this challenge. Some suggestions for how lawyers, law students, voluntary bar associations, and foundations can create change include:

• Provide training for SROs and decision makers regarding implicit bias

• Support legal representation for students at point of exclusion from school, including development of model best practice training modules for lawyers and law students representing students facing suspension or expulsion

Obviously, the school-to-prison pipeline is a significant issue that will only be solved by the collaboration of many players in education and the criminal justice system. I would like to thank SBM members Dandridge Floyd, assistant superintendent of human resources and labor relations for the Oakland County Schools, and Kristina Robinson, general counsel at the Wayne County Sheriff's Office, for highlighting the problem and assisting with the drafting of this article, including suggesting how members and organizations can make a difference

Face of Justice and other pipeline programs

While the goals of pipeline programs are encouraging the law as a career at various stages of a student's education, including high school, those programs can also create relationships with school systems needed to implement suggestions for decreasing the school-to-prison pipeline and promoting a more positive relationship with the law and the legal system

The State Bar recently launched such a program that can be replicated throughout the state. The Face of Justice program is a unique opportunity for students to learn about the legal profession and pique their interest in the law as they consider their futures. The day-long program was held in Lansing in 2016 and 2017 and included tours of the Hall of Justice Learning Center and a Court of Appeals courtroom and mentoring with justice system professionals. The speakers, mentors, and volunteers included Justice Bridget Mary McCormack, judges, attorneys, Michigan State Police officers, an administrator for higher education, a law professor, a court administrator, and a minister. More than 70 students attended each year, and 98 percent of attendees reported it was a positive experience. Importantly, 48 percent of the students reported they are now considering a profession in the justice system because of the program. On the heels of the success in Lansing, the program was replicated last July at the 36th District Court in Detroit with 80 students participating and 45 mentors, attorneys, and judges volunteering their time

Local bar associations also provide valuable programs to educate high school students regarding legal careers, the legal process, and tools for better decision-making. Last November, the Oakland County Bar Association Youth Law Conference hosted 315 students and teachers and featured Shannon Smith, counsel for Larry Nassar, as its keynote speaker discussing what it's like to “defend the reprehensible.” The Oakland County Bar Association tailored the program to topics of interest to a teen audience, including cyberspace minefields, immigration law, FBI opportunities, forensic evidence, and K-9s in the criminal justice system. Past topics included computer forensics, street law, cyberbullying, TV fact or fiction, and law school admission. The Oakland County Bar Foundation funds the conference and provides bus transportation for schools whose budgets do not support those costs. Like the Face of Justice program, the Youth Law Conference reviews were overwhelmingly positive with students commenting that they enjoyed gaining knowledge about legal careers or that it further increased their “love and interest in law.”

As members of the bar, we have opportunities to make a meaningful difference in people's lives not just in our practices, but in our associations and communities. What better way to have a lasting impact than to help prevent a child from going down the path toward the criminal justice system and perhaps redirecting the student to a career in the law? I encourage further discussion and collaboration on ways to address this important problem by associations, foundations, bar leaders, and lawyers throughout Michigan.