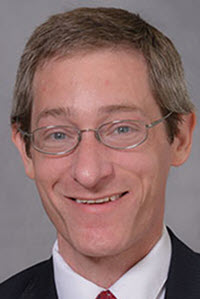 School resource officers (SROs) are now a regular feature in American public schools. After growing substantially in the 1990s and early 2000s in response to the early-1990s peak crime rate and mass shootings at schools, there are now roughly 20,000 sworn police officers stationed at schools. At the same time, policies that toughened school disciplinary and law enforcement consequences for school rule and criminal law violations took effect, causing what became known as the school-to-prison pipeline. SROs' presence was an important part of this story. SROs became involved in school misbehavior--such as fights and disobedience--that school officials would have handled in prior generations, and SROs increasingly arrested and charged students for such incidents. SROs also became involved in searches of students for evidence of crimes--both by searching students directly and through policies requiring school officials to turn over the fruits of their searches to SROs. In the past, a student found to have stolen money from another student or with a joint in his pocket could have been subject to school discipline--say, detention or suspension, with a requirement to return stolen items or participate in substance-abuse counseling--but now also faces arrest.

SRO involvement in searches raises difficult questions under the Fourth Amendment. The U.S. Supreme Court decided New Jersey v. T.L.O. in 1985--before the sharp increase in SRO presence in schools--and held that primary and secondary school officials could search students without a warrant and with only reasonable suspicion of a school rule or criminal law violation. The Court emphasized schools' need for discipline and the relationship between educators and students in crafting this exception to normal Fourth Amendment rules, and it explicitly avoided any decisions regarding school searches conducted by officers or by school officials “in conjunction with or at the behest of law enforcement agencies.” That nondecision is unsurprising because T.L.O. belongs to a body of Fourth Amendment cases involving “special needs, beyond the normal need for law enforcement” that justify exceptions to the Fourth Amendment's warrant and probable cause requirements. That phrase--coined in Justice Harry Blackmun's influential T.L.O. concurrence and used in a series of later Supreme Court cases--emphasizes the need to draw lines between law enforcement and school discipline searches. Drawing that line in SRO-involved searches became difficult for state courts.

Although many state courts still have not decided the question nearly three-and-a-half decades after T.L.O., the majority that have apply T.L.O.'s reduced Fourth Amendment protections to SRO-involved searches. These decisions, reached mostly in the 1990s and early 2000s, hold that SROs are different than other law enforcement officers and they, unlike most officers, are not subject to normal Fourth Amendment limitations. Several leading cases described SROs as school officials for Fourth Amendment purposes in all instances. Other cases effectively did the same, construing SROs as part of a school team and thus entitled to the same Fourth Amendment standard as other members of that team in individual instances.

These cases draw a line between SROs and other law enforcement officers. Other officers perform law enforcement searches, while SROs are on the school-discipline side of the line--even if they are sworn law enforcement officers who not only have power to arrest children but, in the relevant cases, do in fact arrest and charge children. This line-drawing has been strongly criticized by academics and some courts. The roles of SROs blurred lines to some extent: many SROs could and did engage in school discipline in addition to law enforcement duties.

Reforms largely enacted in the 2010s make it easier to draw a line between school officials and SROs for Fourth Amendment purposes. Responding to concerns about the school-to-prison pipeline and SROs' role in it, reforms emphasize that SROs are law enforcement officers, not school disciplinarians, and should not become involved in school discipline. Given the harms that come from a law enforcement response, especially to more minor misbehavior, these reforms posit that SROs should only become involved when more serious crimes occur or when immediate security risks exist. Such reforms are evident in federal administrative guidance; some state statutes, regulations, and administrative guidance; as well as many local memoranda of understanding between school districts and law enforcement agencies.

This Article is the first to explore how these 2010s reforms undermine the idea from 1990s and 2000s cases that SROs engage in school discipline just like school officials and thus undermine a basic pillar of the majority rule regarding SRO-involved searches. These reforms show that SROs have a law enforcement role, which places them solidly on the law enforcement side of T.L.O.'s “special needs” line. Building on prior critiques of the majority rule, this argument shows why courts should refuse to apply T.L.O.'s reasonable suspicion standard and exception to the warrant requirement to school searches involving SROs.

These recent reforms also help explain why many school searches not directly involving SROs should not qualify for T.L.O.'s exception to the warrant and probable cause requirements. A variety of laws and policies now require schools to turn over evidence of criminal activity to law enforcement, which transforms the character of searches conducted by school officials. Consider a teenager suspected of possessing a cell phone stolen from another child. A search conducted by an SRO for that cell phone and a search conducted by a school administrator under a policy requiring her to turn over evidence of crimes to the SRO both lead to the SRO having evidence of the crime and, often, arresting the child. The Court in Ferguson v. City of Charleston, a post-T.L.O. special needs case, held that such disclosures of evidence to law enforcement render the special needs standard inapplicable. Recent reforms defining SROs' roles as law enforcement mean that disclosing evidence to them represents a plain policy choice to transform a school search into a law enforcement matter. It entangles school officials with law enforcement nearly as much as including law enforcement in the search itself and should trigger Ferguson's result.

These arguments are not without risks; declining to apply T.L.O. to school searches entangled with law enforcement could make it more difficult to search for weapons--a result many courts might find intolerable in an era of far-too-frequent school shootings. This Article also offers an alternative doctrinal path to permitting warrantless searches with less than probable cause when there is reason to suspect deadly weapons are present in school. Such situations call for Terry searches--searches intended to eliminate an immediate risk to individuals' safety, and whose scope is tailored to the risk at issue. Such an approach is far more targeted to legitimate safety aims than applying T.L.O. wholesale, and it limits the risk that reduced Fourth Amendment standards will continue to contribute to the school-to-prison pipeline.

This Article proceeds as follows. Part I provides the doctrinal background. It analyzes T.L.O., its holding regarding searches by school officials without law enforcement entanglement, and its implications for cases involving such entanglement. Part I also explores how subsequent Supreme Court school-search cases address related issues but do not change the underlying analysis, and explains and critiques the majority rule. Part II summarizes the post-T.L.O. growth of SROs and critiques of SROs' roles as fueling the school-to-prison pipeline. Part III describes and illustrates the recent reforms that draw lines between law enforcement and school discipline, and limit SROs' role to law enforcement functions. Part IV argues that these reforms require reexamination of state rules permitting SRO searches under reasonable suspicion rather than probable cause and without a warrant. Finally, Part V explores relatively narrow options to permit authorities to search for weapons at school to keep schools safe without raising the same school-to-prison pipeline concerns as broader permission for SRO searches.

The present decade has seen many promising reforms of the school-to-prison pipeline, especially reforms to keep SROs out of school discipline and thus reduce the number of incidents in which law enforcement involvement can transform school disciplinary matters into delinquency cases. Other elements of the pipeline remain in need of reform, including the rule applied in a majority of states permitting SROs to use reduced Fourth Amendment standards to search students at school.

More recent reforms have drawn a new line between school officials and SROs. The former are the primary actors responsible for a school's learning environment and school discipline, with a range of authorities limiting when SROs can become involved. SRO involvement is limited to more traditional police action--to enforce criminal laws and respond to incidents that threaten the immediate safety of one or more people (incidents that often, if not usually, involve some kind of criminal law violation). Where this new line exists--it is well developed in some jurisdictions, and emerging in others--it requires a reevaluation of Fourth Amendment law. This line shows that courts can no longer rationally see SROs as school officials, and it shows that involving SROs transforms an investigation from school discipline to law enforcement. This line clarifies that the programmatic purpose of SRO-involved searches is to enforce criminal law and that normal Fourth Amendment standards governing law enforcement must apply.