No Child Left Behind Bars: Suspending Willful Defiance to Disassemble the School-to-prison Pipeline 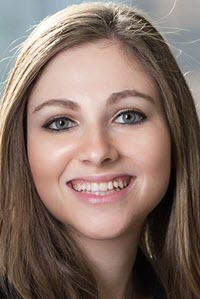 On September 18, 2007, at a school in Palmdale, what began as a festive birthday celebration ended with a sixteen-year-old high school student face down on a table being yelled at by a school security guard to “hold still.” The guard broke her arm after she “left some crumbs on the floor” from cleaning up a piece of birthday cake that she had accidentally dropped. She received five days of school suspension and was arrested for battery and littering. On June 10, 2010, police were called to a San Mateo school. There, a seven-year-old special education student was “blasted” with pepper spray for not coming down off of the bookshelf he had climbed up. And, in 2012, a Stockton student with Attention-Deficit Hyperactivity Disorder (“ADHD”) pushed an officer's hand away from his hand and kicked the officer in his right knee. The student then had his hands and feet cuffed with zip ties, was cited for battery on a police officer, and was driven in the back of a squad car to a psychiatric hospital for evaluation. The student was five years old. These incidents, and many others occurring across the nation, illustrate the rapidly growing concern that has come to be known as the school-to-prison pipeline. The school-to-prison pipeline is a “collection of education and public safety policies and practices” that either directly or indirectly force students out of the classroom and into the juvenile justice system. It is the trend of creating conditions, such as those resulting from suspension or expulsion, that increase the probability of student incarceration. Although proponents of school-based discipline, including arresting or imprisoning youth for various school violations, believe it to be a deterrent to undesired behavior, embroiling youth in the criminal justice system does not typically yield the “desired reformative effect.” Rather, the collateral consequences are life-long and austere. In the hopes of mitigating the severe effects of the rampant school-to-prison pipeline phenomenon, California has begun to take what would appear to be significant steps towards reform. With the signing of California Assembly Bill 420 (hereinafter “A.B. 420”) on September 27, 2014, California became the first state in the nation to eliminate school suspensions for students in kindergarten through third grade as well as expulsions for students in all grades under the “subjective and often-abused” willful defiance standard in the California Education Code.

Willful defiance, a catch-all category for school discipline, is vaguely defined in California Education Code section 48900(k)(1) as, “disrupt[ing] school activities or otherwise willfully defy[ing] the valid authority [of school staff].” This broad definition has been interpreted to include a variety of minor school disruptions and misbehaviors, such as failing to satisfactorily clean up birthday cake crumbs or climbing up a bookshelf, as illustrated above, as well as “talking back, failing to have school materials [,] and dress code violations,” among numerous others. Thus, not only did willful defiance account for roughly forty-three percent of the 609,776 suspensions dispensed to California public school students in the 2012-2013 academic year, it is also “the suspension offense category with the most significant racial disparities.” While enacted to combat California's daunting school-to-prison pipeline by aiming to reduce the number of suspensions issued to students for willful defiance, A.B. 420 falls short of specifically establishing how it will be effectively implemented among all student groups, particularly students of color and students with special needs, to ensure that each and every student is afforded equal protection under the law. Therefore, absent further modifications to California Education Code section 48900(k), the amended willful defiance standard not only fails to benefit all students equally, but also potentially violates Government Code section 11135, California's anti-discrimination statute. As various school districts in California have begun to eliminate willful defiance as a basis upon which suspensions may be issued, this Article urges the state of California to follow suit.

Part II of this Article provides a contextual background for the analysis of California's school discipline reform, including the causes and effects of the school-to-prison pipeline as well as the preliminary steps that California has taken to combat this problem. This includes an examination of indirect methods of entry into the pipeline, specifically focusing on the history and impact of zero tolerance policies that have gradually grown to include offenses for willful defiance. Part II then discusses how school disciplinarians' implicit bias when enforcing exclusionary policies serves to adversely affect certain student populations, particularly racial minorities and students with disabilities. Finally, California's A.B. 420 will be presented along with the ways in which it was designed as a solution to California's school-to-prison pipeline by targeting the controversial willful defiance standard.

In Part III, this Article illustrates how the current facially neutral willful defiance standard may violate California Government Code section 11135 by having an adverse disproportionate impact on students of color and students with special needs despite the existence of less discriminatory alternatives. In so doing, this analysis shall elucidate the need for either eliminating willful defiance as a behavior warranting disciplinary action, or in the alternative, modifying A.B. 420 such that effective implementation and enforcement policies will alleviate disproportionate impacts.

Part IV thus recommends the adoption of a restorative justice approach, which focuses on rehabilitation as opposed to incarceration, to replace the harsh disciplinary philosophies underlying zero tolerance and willful defiance. In the event that willful defiance is to remain a suspension offense category, this Article proposes amending A.B. 420 to include explicit language defining the overly-broad term, outlining accountability measures, and allocating funding for training such that all students are consequentially afforded equal protection under the law.

With the criminalization of school punishment, a path to prison became entrenched for students, impacting students of color and students with special needs most significantly. Public schools in California and across the nation progressively increased their reliance on harsh disciplinary measures to punish a diverse range of student behaviors. Through these measures, the schools began weeding out students who they perceived as problems, despite little evidence that these policies produce safe learning environments. A.B. 420 is a significant step in line with a broader statewide shift away from punitive measures issued to students in the public school systems. Although California has taken admirable steps in obstructing and impeding the school-to-prison pipeline, A.B. 420 fails to sufficiently mitigate the impact of harsh disciplinary policies for the students who are most impacted. In order to successfully enact meaningful education reform that affords all students equal protection under the law, the willful defiance standard in the California Education Code must either be eliminated or significantly amended such that the term is well defined, accountability measures are implemented, and educators are adequately trained regarding the new procedures.