Good afternoon Sen. Lehner and the members of the Senate Education Committee. Thank you for this opportunity to provide testimony on Senate Bill 167. I also want to thank Sen. Tavares and her cosponsors for introducing this bill. 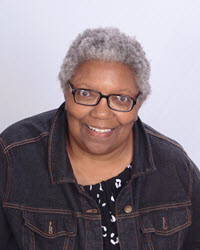 My name is Vernellia Randall, I’m a Professor Emeritus of Law at the University of Dayton School of Law and cofounder of Racial Justice Now! Racial Justice Now! Is a part of the Ohio Coalition to Eliminate the School-to-Prison Pipeline. The Coalition has over 300 participants including many parents and teachers. I appear as a proponent of Senate Bill 167.

The school-to-prison pipeline is the result of policies and practices that push students out of school and into prison. This problem has been called the civil rights issue of this generation. The school-to-prison pipeline caused by criminalization of childhood behavior, zero tolerance policies. Senate Bill 167 addresses zero-tolerance law. Under zero tolerance, a school suspends or expels students even for minor offenses. The zero tolerance laws in Ohio have produced racial inequality in the state's schools. [1]

Why is it so hard to talk about racial inequality? [2]

In putting this testimony together I struggled with how to focus on the racial aspect of this problem. Talking about racial inequality has become exceedingly difficult because some people insist on believing that we live in a colorblind era and thus see talking about race as an admission that their belief is incorrect. Others have difficulty talking about racial inequality either because they fear being called racist or because they fear being accused of calling someone else racist.

My experiences is off the problem stems from different definitional points When someone is ask, “Do you think this is about race”, which is, by the way, the new way of asking if racism is involved, I always want to ask for clarification “what do you mean by “about race”. I often find that people who disagree over whether something is or is not “ about race” are often looking at different things. One person will be looking at whether or not the inequality was intentional – that is looking at motive. Thus, something is not about race, if the motive of the people or institution involved was not to construct or perpetuate racial inequality. Someone else might be looking at the impact of the behavior without regard to the motives of the people or the institution.

Here, when I talk about racial inequality, I am looking exclusively at impact, not at motive. To be absolutely clear, I am not suggesting that school district motives are to dismiss black students. I’m not calling anyone an intentional racist. Most of the inequality that we see in this society today comes through unintentional conduct. However, the persistence of inequality is intentional it comes from a willingness to have racial inequality as long as other objectives are being met. That position becomes very problematic when it comes to school expulsions and suspensions because of the long-term impact not only on the students but also on non-white communities. There are very few places where racial inequality is acceptable and school discipline is definitely not one of them. We can hardly encourage students to “get an education” on one day and then push them out en masse on the next.

We also have to realize that most racial inequality is based on implicit bias. That we all judge behavior through the eyes of our stereotypes. On a side note, we are not slaves to those implicit biases, but they must be acknowledged and worked on. And finally before I get into the heart of my presentation my discussion, when talking about inequality, implicit bias, and unintentional conduct, it’s important to remember that the color/race/gender of the teacher, school resource officer, principal, superintendent or school board members is not relevant. In other words, racial inequality based on stereotypes is not exclusive to whites. In fact, research on implicit bias has demonstrated that 30 to 40% of a marginalized group will have a bias against members of their own group. That is, 30 to 40% of Blacks will have negative stereotypes about other blacks.

So to get into the discussion about zero-tolerance it’s important to go back to its roots when these policies were implemented as a way to promote safety. The problem, however, is in the implementation of these policies. For instance, in 2012, of the 397,639 disciplinary occurrences in Ohio, over half were expulsions and out-of-school suspensions. And of those suspensions 53.7% were for disobedient or disruptive behavior, 3.4% were for truancy and only 1.4% were for guns and weapons. Getting rid of zero tolerance doesn’t mean that a school won’t be able to suspend for guns and weapons; it should mean they will be less likely to suspend for truancy.

Racial and gender inequality is a clear problem in discipline in Ohio’s school districts. [4]

The answer is a bit complex because there are differences in how children behave. Different cultural base and that can be misinterpreted are not tolerated for well by others. There are implicit biases that color a teacher's interpretation of the behavior. When one of my sons was in the fifth grade, within a week, one of his new white female teachers reported that he was a “sexual deviant” who needed intervention, Apparently, using the work “uck” instead of the “F”, making potty jokes at every opportunity and responding a when his behavior was very consistent with normal 11-year-old behavior.

This is the crux of the problem – studies have shown that black children are not worse behaved than white children but they are punished more severely for the same behavior. For instance, 35.3% of black male students who were truant were expelled or suspended while only 22% of the white male students were. Of course, this raises the question of how much sense it makes to suspend or expelled a student for not coming to school. The punishment seems to give them exactly what they want – which is not to be in school. Another interesting finding was that white and Asian females were not expelled or suspended for truancy at all. This is a perfect example of the same conduct incurring harsher punishment. The same is true for the smoking. Health research shows us that that white students are more likely to smoke than black students. However 87.4% of black females were suspended for smoking while only 71.4% of white females were. Once again, the same behavior is treated differently. That difference in punishment, pushes more black students out of school.

Even the youngest Black children are at greater risk than White children. [7]

In attempting to work on these problems, I have found that one reason that is given for why these numbers can’t change is zero-tolerance policies. Zero-tolerance policies were implemented to increase school safety, but studies have shown that the policy has failed. All of the research, including a recent study by the American Psychological Association, shows that zero-tolerance approaches do not produce safer, more orderly classrooms.

Instead, zero-tolerance has resulted in more suspensions and expulsions, creating a pipeline to prison. The students who have been suspended are:

This is particularly true for students in preschool through third grade. In light of the Third Grade Reading Guarantee, and the connection between school attendance and performance, suspension of students in preschool through third grade should be rare if at all. One alternative would be to have in-school suspension staffed by a specialist in reading and math and students work on those skills during the in school suspensions.

The school-to-prison pipeline is a serious problem that cannot be solved simply by the passage of Senate Bill 167. However it removes a significant roadblock and encourages schools to keep students in school, to reduce the number of suspensions and eliminate racial inequalities. At least one city has demonstrated that it is possible reduce suspensions. For the last seven years, Cincinnati has had one of the lowest suspension rates in the state. And while there’s still much work to be done in Cincinnati because the racial disparity persists in the suspension rate, reducing the number of suspensions has had a significant impact on the actual number of Black students being suspended.

Sen. Lehner and members of the Senate Education Committee, the zero-tolerance policy has had a disproportionately negative impact in implementation on black students and other students of color. It is time to end zero tolerance. Expelling and suspending students is counter to whole idea of education. Each suspension is a lost moment to teach children respect and acceptable behavior. Suspended students miss a chance to earn the trust of teachers and principals. Finally, suspension has a devastating and long-term impact on learning retention and graduation. Studies support this, but this is also common-sense; every day a student is out of school is a day that he or she is being deprived of an education.