Can the ACLU and John Legend Make Prosecutorial Elections Matter? Or Does America Need to Change its System? 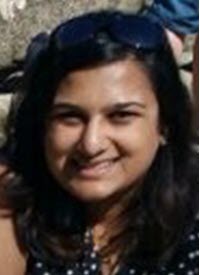 Early in 2018, John Legend partnered with the American Civil Liberties Union (“ACLU”) of California to remind the public that district attorneys across the country do more than just prosecute the law. Prosecutors control and influence vast amounts of the criminal justice system including mass incarceration and cash bail. And, starkly, forty-seven of fifty states elect their prosecutors. In a society grappling with mass incarceration and criminal justice reform, both the power held by prosecutors and how individuals come into that power need to be reexamined. The ideal scenario is that, as a result of the election system, state prosecutors tailor their decisions based on the platforms that will most appeal to the public.

As the ACLU pointed out, though, what is more likely is that modern district attorneys are out of step with their constituents. When 95% of prosecutors are white Americans and 85% of prosecutors run unopposed in elections, the logical inference is there is no incentive for elected prosecutors to really pay attention to public need and respond accordingly. Lead prosecutors seem to continue to focus on the historically winning “tough on crime” mantra even as the public is responding more positively to “end mass incarceration.” And this dissonance between lead prosecutors and their electorate is widened by the fact that voters tend to be apathetic in elections for district attorney.

This Note argues that it is within public interest to appoint, rather than elect, state prosecutors in order to best respond to public necessity and ensure against corruption.

Part II reviews the history of elected prosecutors by tracking the creation of their offices following the Revolutionary War, exploring the transition from appointed state prosecutors to elected prosecutors, and stating the concerns that prompted that transition. This Part also discusses the statutory basis for prosecutorial power and the current scope of that power including the charging power, plea deals, and more.

Part III analyzes modern prosecutors using the lens of concerns of corruption and the ability to meet public necessity. This Part uses examples of modern prosecutors in both elected and appointed capacities to explore whether the above concerns have changed or are better met in modern times.

Part IV then recommends state prosecutors be appointed rather than elected to better respond to shifting public necessity.

States should switch to a system where district attorneys are appointed and confirmed rather than elected. A system like this would ensure prosecutors are better able to respond to the needs of their districts. Although there may be concerns that this system is still subject to political appointments and corruption, the dual structure would allow constituents to voice their opinions through their elected officials. Ultimately, in an ever-diversifying society, it seems logical that the nation's top prosecuting attorneys can adapt to the needs of their electorates, and a system that appoints and confirms their district attorneys would allow just that.