Crime and Punishment: an Empirical Study of the Effects of Racial Bias on Capital Sentencing Decisions

Excerpted From: Matthew A. Gasperetti, Crime and Punishment: an Empirical Study of the Effects of Racial Bias on Capital Sentencing Decisions, 76 University of Miami Law Review 525 (Winter, 2022) (420 Footnotes) (Full Document) 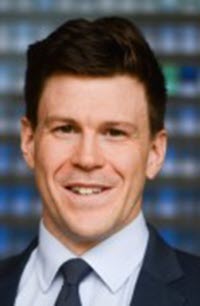 To understand capital punishment in the United States, which has been widely criticized for decades for being used disproportionately to punish African Americans, it is important to contextualize race, racism, and the death penalty in a cultural and historical perspective. Racial groups, as they are conceptualized today, are pseudoscientific taxonomies that began to coalesce in their modern form between the sixteenth and eighteen centuries. Racism provided justification for colonization and the enslavement of indigenous populations. In the centuries that followed, slavery became a major economic force in the American Colonies and later the United States. Beginning in the seventeenth century, lawmakers passed statutes designed to keep the races separate, defined Whiteness and Blackness at law, maintained a White social hierarchy through bondage and violence, and executed Blacks for many offenses that did not carry the same penalty for Whites. Judicial and extra-judicial executions frequently involved mutilation, dismemberment, and public display of the dead.

After over 250 years of slavery and a war that cost more than 600,000 American lives, racism remained entrenched, continued to be codified into law, and continued to be propagated through legal institutions to oppress and control large Black populations, particularly in the South. In the nineteenth and early twentieth centuries, White society maintained racist social norms through violence, murder, and state-sanctioned capital trials that denied African Americans due process. The Civil Rights Movement was instrumental in reforming these abuses. After rebuffing numerous legal challenges to death penalty statutes, the Supreme Court, in the 1976 case Furman v. Georgia, struck down the capital sentences imposed in three cases. In Furman, the Court implied that most, if not all, death penalty statutes nationwide were unconstitutional. Following a brief moratorium, numerous states passed new capital sentencing statutes. For example, in Gregg v. Georgia, the Supreme Court upheld the constitutionality of the reformed statutes in three different states, thereby ushering in the modern era of the death penalty.

In 2019, 51.2% of those arrested for murder and nonnegligent manslaughter were Black, as were 41.6% of death row inmates in 2020. Yet, African Americans represent only 13.4% of the population. Although many opponents of the death penalty view the per capita over-representation of African Americans on death row as prima facie evidence that the criminal justice system is racially biased, this overrepresentation may also be attributable to unrelated structural racism, economic marginalization, and elevated crime rates in disadvantaged neighborhoods. Convincingly demonstrating that disparities in capital trial outcomes are racially motivated requires showing that a Black defendant is more likely to receive the death penalty than a White defendant ceteris paribus.

Empirical research provides a powerful means of studying racial bias, while controlling for other factors, and provides compelling evidence that racism infects capital trials by influencing juror decision-making. In fact, research shows that a capital defendant is much more likely to receive a death sentence if he or she is convicted of killing a White victim. Such race-of-victim bias is one of the most consistent findings in empirical death penalty research. On the contrary, identifying race-of-defendant bias, which is a more powerful indicator of individualized bias, has proven more elusive. Several meta-analyses of mock juror behavior report conflicting results with authors generally agreeing that race-of-defendant bias is likely moderated by crime type, juror characteristics, methodological variation between studies, and other variables.

This study reports the results of a large-scale survey of 3,284 jury-eligible Americans conducted in November 2020. I randomly assigned mock jurors to treatment groups with the race of the defendant and victim varied in a 3 x 3 experimental design, yielding nine defendant-victim combinations. I described the defendant as White in the first defendant treatment and Black in the second and third defendant treatments. I also depicted the defendant with a “police sketch” of a man with his complexion and eye color darkened across treatment groups. For the victim treatments, I either omitted the victim's race, described him as White, or described him as Black. After mock jurors answered disqualifying questions and provided demographic information, I death qualified the mock jury. Finally, I presented jury-eligible respondents with a description of a homicide that occurred during a robbery and asked them to determine sentencing before answering a series of voir-dire-like screening questions designed to assess racial bias. In contrast to an actual trial, I asked my voir dire questions after mock jurors determined sentencing to avoid alerting respondents the study was about race.

My statistical results did not show evidence of race-of-defendant bias or race-of-victim bias in the full death-qualified venire. In contrast to previous research, I also found no evidence that darkening the Black defendant's complexion and eye color led to more punitive sentencing recommendations. However, my results do provide compelling evidence of race-of-defendant bias among the 10.1% of death-qualified mock jurors who failed the voir dire questions inquiring into racial bias. These mock jurors were 18.3% to 18.4% more likely to sentence a Black defendant to death than a White defendant ceteris paribus. Monte Carlo simulations revealed that the death qualification increased the likelihood of empaneling at least one of these racially biased jurors on a petite jury by 8.4%.

In Part I of this study, I define race, examine how racism infiltrated American culture, explore how legal institutions reinforced and formalized racist social norms, and discuss the effects of de jure and de facto discrimination on the evolution of capital punishment in the United States. I review empirical research on juror decisionmaking in Part II, outline my methodology in Part III, and report my empirical results in Part IV. Accepting the results of this study as true and generalizable to jury-eligible adults arguendo, in Part V, I argue that the death qualification violates an African American's Sixth Amendment right to an impartial jury by increasing the probability of empaneling partial jurors who make racially biased sentencing decisions. I also argue that any legitimate state interest in removing nullifiers in capital trials is countervailed by evidence that the same process increases the likelihood of empaneling racist jurors. Continuing to death qualify juries in capital trials of African American defendants is especially troubling because the death qualification not only appears to overrepresent racist jurors, it appears to simultaneously underrepresent African American's on death qualified venires. Striking prospective African American jurors based on an ideological belief tied to their racial identity, like opposition to the death penalty, is synonymous with striking Black jurors because of their racial identity and should be critically reevaluated.

Many scholars believe that modern racism is largely unconscious and screening for racial bias during voir dire would be “minimally useful,” “patronizing,” and unlikely to elicit truthful responses. The fact that 10.1% of the mock jurors who participated in this study openly admitted to racial bias suggests otherwise. However, it is important to remember that voir dire is a safeguard, not a panacea, voir screening methods are highly idiosyncratic, and current voir dire practices encourage dishonesty. I conclude this article by arguing that voir dire inquiry into racial bias should be an absolute right in capital trials. Finally, I advocate for increased use of questionnaires in voir dire, providing jury instructions on explicit and implicit bias, closer scrutiny of prospective jurors who self-report biases, ending the practice of rehabilitating jurors who give assurances they can be impartial after admitting to bias, and striking jurors when racial bias can reasonably be implied.

This article reports the results of one of the largest studies of mock juror capital sentencing decisions conducted to date and provides compelling evidence that racially biased jurors make racially biased sentencing decisions. After exploring the role that historical socio-legal forces played in defining race and shaping crime and punishment in the United States in Part I, I reviewed empirical literature on juror decision-making in Part II. As reported in Part III, I randomly assigned mock jurors to treatment groups with the race of the defendant and the race of victim varied in a 3 x 3 experimental design. I death qualified mock jurors, asked them to determine sentencing after reading a description of a robbery-turned-homicide, asked voir dire questions, and collected demographic information. I hypothesized that jurors who failed voir dire questions focused on authoritarianism, trust in the legal system, empathy, and explicit racial bias, would make racially biased sentencing decisions.

I estimated four linear probability models in Part IV and conducted post-hoc Monte Carlo simulations to contextualize the results. The statistical models did not show evidence of race-of- defendant or race-of-victim bias for the full death-qualified venire, and I found no evidence that darkening a Black defendant's complexion and eye color affected punitiveness in sentencing. However, mock jurors who failed the voir dire questions showed strong race-of-defendant sentencing bias. These mock jurors were 18.3% to 18.4% more likely to sentence an African American defendant to death than a White defendant based on his race alone. Monte Carlo simulations showed that the death qualification increased the probability of empaneling one or more of these racially biased mock jurors from 72.1% to 78.1%, raising the relative risk by 8.4%.

In Part V, I argue that the death qualification is unconstitutional. The results of this study provide evidence that the death qualification violates an African American defendant's Sixth Amendment right to an impartial jury by increasing the probability of empaneling jurors that make racially biased sentencing decisions. There is also no legitimate state interest in removing nullifiers from a jury pool who hold a widely embraced, ethical viewpoint like opposition to the death penalty. Continuing to allow the state to death qualify juries is particularly troubling because in addition to overrepresenting racially biased jurors, the death qualification underrepresents African American jurors because they oppose the death penalty at much higher rates than White Americans. Striking members of a racial group based on ideological beliefs linked to their racial identity is synonymous with striking them because of their racial identity and should be critically reevaluated in light of fair cross-section requirement of the Sixth Amendment. My empirical results also support the conclusion that the “special circumstances” that trigger the right to inquire into juror racial bias during voir dire, as defined in Ristaino and further articulated Rosales-Lopez and Turner, are likely present in all capital cases involving an African American defendant, regardless of the victim's race.

If the Supreme Court is committed to mitigating racism in capital trials on a broad scale, it should reassess the constitutionality of the death qualification. More broadly, the judiciary should increase the use of questionnaires in voir dire, provide jury instructions on explicit and implicit bias, closely scrutinize prospective jurors who self-report biases, end the practice of rehabilitating jurors who give assurances they can be impartial after admitting to bias, and strike jurors when racial bias can reasonably be implied.

I completed a Ph.D. at the University of Cambridge in biological anthropology and a J.D. at Stanford Law School.