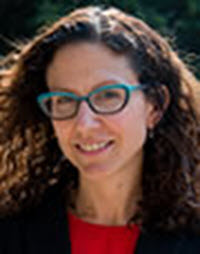 On January 4, 2019, Washington Governor Jay Inslee, while attending the 2019 Washington Cannabis Summit, announced that he planned to offer a pardon process to about 3,500 people convicted of single minor marijuana possession charges. The juxtaposition between present and past attitudes toward marijuana regulation was striking. The summit featured as panelists academics, industry leaders, and government officials--people prominent and successful in their respective, respected communities--gathered to consider how “[t]o inspire leaders in this industry to envision a world in which a robust cannabis industry can thoughtfully help the environment, the economy, and social issues.” Just seven years ago, a person attempting to engage in any such industry would have be subject to criminal conviction and substantial terms of imprisonment under Washington State law. Trying to draw connections between that past and our very different present, Governor Inslee addressed one of the most pressing issues raised by the legalization movement, which is the generations of individuals from the pre-legalization era that remain to some extent permanently locked out of the kind of prominence and success enjoyed by people currently engaged in cannabis commerce. While Governor Inslee's attempt to draw attention to this issue and to begin to craft a solution is a strong first step, this Article argues that it and other similar efforts launched in other jurisdictions are both practically and conceptually insufficient to redress the lingering consequences of an excessively punitive and racially discriminatory regime that we have begun to repudiate.

Twenty years ago, the War on Drugs was in full swing; it was not until the late 1990s and early 2000s that governments began engaging in policy shifts toward substance use that suggested that the war was not an eternal one. The fact that the governor of a state who was positioning himself for a possible 2020 presidential run would announce that he planned to use his executive pardon power to erase the lingering effects of drug convictions was the latest remarkable event in the 2010s, and highlights the reimagining of the criminalization of drugs that has marked the decade.

The common wisdom for decades has been that criminal law is a “one-way ratchet,” turning only in the direction of criminalizingmore conduct and punishing existing offenses more harshly. This narrative has been problematized by a mild trend towards decarceration in the past decade, pushed in part by a substantive desire for criminal justice reform and in part by the reality of overburdened state budgets and declining faith in the ability of criminal justice to combat social problems, particularly substance use. The traditional narrative was further undermined by the trend toward decriminalizing and/or legalizing the use of marijuana for medical and recreational purposes. Marijuana, once characterized at best as a gateway drug to harder substances, and at worst a drug that transformed users into violent criminals, is in several states now legalized and available in suburban strip malls and hipster downtown pot shops, complete with twee signage and tasting bars. Some additional jurisdictions that continue to formally criminalize marijuana possession have effectively decriminalized its use through no-prosecution policies. Marijuana has gone mainstream, viewed in many states as a reasonable recreational option and an engine of potential economic growth.

The extent to which criminal convictions constrain people's lives has been documented thoroughly. The direct consequences of criminal convictions--generally, fines, incarceration, and community supervision--are included in the governing criminal statutes. Additional civil laws impose formal legal consequences for criminal convictions, including voter disenfranchisement, disqualification from jury service, and exclusion from some public benefits. Less formally, persons convicted of crimes also face consequences in employment, private housing, professional licensing, and social interactions. These consequences have existed to varying degrees for some time, but they have intensified in an era where information is readily available on the internet and employment, housing, and other life requirements require identification processes that often include background checks. A criminal conviction marks a person fundamentally and indelibly.

Such a mark is unfair when the essence of the underlying conduct is now viewed as acceptable. Marijuana sales and purchases in several states enjoy governing laws that affirmatively support such activity; legislatures generally crafted these laws in response to public referenda or propositions that supported legalization and reflected that citizens believed the behavior should no longer be prosecuted. There is a disconnect between the formalization of and favor for the legal cannabis industry and the ongoing consequences faced by persons previously convicted. That disconnect is particularly troubling when the communities harmed by the past excesses of the War on Drugs are not the same communities enjoying the benefit of legalization. The continuing constraints lack justification and fail to honor many of the reasons why the legalization movement has succeeded. As this Article explains, the movement to legalize marijuana is grounded not only in forward-thinking interest in raising revenue and reducing government spending but also in retrospective regret over the racial disparities that resulted from and perhaps fueled the War on Drugs, as well as the broader cultural violence wrought by mass incarceration.

This Article argues that the particular confluence of these factors-- particularly the disparities in demographics and fortunes between people prosecuted in the past under criminal law and people currently cashing in on legal cannabis--suggests a paradigm shift in how we should deal with existing marijuana convictions, one grounded in the principle of retroactive legalization. On a conceptual level, our goal ought to be to restore to full civic equality (and full entrepreneurial opportunity) all those prosecuted in the past for activity that would be legal in the present. In addition, we ought to do so through mechanisms that put the onus for implementation on the state, as the collective representative of the forces that imposed an unjustifiable and imbalanced coercive regime, rather than on the individual already operating under the weight of these cumulative sanctions and disadvantages.

Under this paradigm, all marijuana convictions in jurisdictions that have legalized marijuana should be effectively expunged and sealed. Some jurisdictions have already started doing this to a limited extent for misdemeanor marijuana convictions--prosecutors voluntarily are clearing records and expunging convictions where the convictions are minor and where convicted persons meet other eligibility criteria. Jurisdictions vary in whether they require the person convicted of an offense to come forward or whether they are willing to do the work to identify and expunge convictions, regardless of whether or not the person convicted is aware that the conviction is eligible for erasure. This Article argues, first, that all jurisdictions where marijuana has been legalized should expunge prior misdemeanor convictions and should do so through automatic mechanisms that do not rely on the individuals convicted of these offenses to come forward, make motions, meet additional criteria, or pay fees for the privilege of regaining their civic equality.

In addition, this Article suggests that universalizing the clearance of misdemeanors is insufficient. True retroactive legalization requires jurisdictions that have fully legalized the marijuana industry to treat felony marijuana convictions--convictions that may be for distribution, possession with intent to distribute, or trafficking--in the same manner. Mass expungement for felony convictions is likely to be met with more resistance than forgiving misdemeanor possession convictions, but according to the analysis presented here, the broad embrace of the cannabis industry as an engine of economic development and the construction of a regime of laws and government institutions supporting that industry requires such a step. In some ways, this proposal does not go nearly far enough--there is a large body of people who would not have been convicted of other offenses or would not have been sentenced as seriously as they were for other offenses if they did not have marijuana convictions, and we might productively debate whether some or all of those people are due some relief from the lifelong consequences of their convictions. But eliminating both misdemeanor and felony convictions for marijuana offenses is a concrete first step towards a form of restorative justice for the War on Drugs.

In the long term, criminal justice reform--the response to decades of mass incarceration that has positioned the United States as the world's foremost incarcerator--is going to need to involve structural changes in criminal processes as well as substantive changes in criminal law. Academics and activists alike have noted the tendency to treat all social problems as criminal justice problems and to address issues like mental health, homelessness, and substance use disorders through convictions and sentencing, rather than through less expensive civil and community processes that leave less of a permanent mark on individuals and better meet their needs. As we hopefully head into an era of transformation, it will be important to think through how to address existing generations of people who already have experienced prosecution and punishment for offenses we have concluded ought not to have been approached through a criminal justice lens. While each area of over-criminalization raises unique issues of redress and restorative justice, this Article is hopeful that we can address marijuana convictions in a broad and reflective way that will provide a template for future reforms.

Part I describes the history of marijuana regulation in this country, focusing first on the system of harsh criminalization that developed during the twentieth century and then on the rapidly escalating movement for legalization that has picked up steam in the early twenty-first century. Part II discusses and analyzes the reasons for and consequences of the contemporary legalization movement. Part III builds a case for a broad policy of retroactive legality, drawing on the various factors laid out above. Part IV addresses the mechanics of retroactive legalization, balancing the pros and cons of mass pardons and broad expungement policies. Finally, Part V addresses and answers some of the objections that might be raised to this Article's bold policy proposal.

The project of reducing the impact of past convictions on current and future civil, employment, educational, and social opportunities is daunting and difficult. We have institutionalized the notion that persons with criminal convictions are “other” and lesser and have imposed formal and structural barriers to their full civic engagement. In the long term, it may be worthwhile to reconsider the extent to which criminal convictions, even for behavior that we continue to consider socially dangerous, should mark and constrain persons once they have received their punishment. At the least, however, we should commit to removing those burdens where criminal law no longer regulates the underlying behavior, and the argument for removing convictions is particularly strong where, as in states that have legalized marijuana for recreational use, the government goes so far as to regulate, tax, and promote the newly-approved behavior and industry.

Criminal convictions communicate social condemnation; that mantle is unfair to drape around persons whose past behaviors now are acknowledged as ones that comport with current values. The very real legal and social consequences for the individuals who bear the mark of conviction should move us toward expunging or pardoning and sealing convictions where the underlying behavior has been legalized. As we begin the process of decriminalizing offenses and decarcerating individuals, deleting past convictions is an important step, both to remove the constraints faced by convicted persons, as well as to make amends for having subjected those persons to criminal prosecution in the first place. This process should include people who made isolated errors that do not reflect their character, but also people who have multiple convictions and felony convictions. As we grapple with the after-effects of over-incarceration and inappropriate criminalization of a wide variety of social problems, the process of reconciliation must be broad and apologetic. If we are serious about rethinking how we administer criminal justice and about redressing individual and community harms, retroactively legalizing marijuana is the place to start.