Survey Says?: U.S. Cities Double down on Civilian Oversight of Police Despite Challenges and Controversy 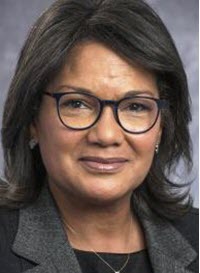 The emergence of police accountability as an issue of concern in communities across the nation has led to a watershed era in the evolution of accountability systems involving civilian oversight of municipal police agencies. In the past five years, a seemingly never-ending series of controversial police use-of-force incidents have achieved national media attention, sparking debate within communities and on the national stage about policing and police accountability. These incidents, and the way city administrations handle them, have laid bare deficiencies in the effectiveness and transparency of police accountability systems across the United States. Concerned communities have demanded change, and city leaders have responded by creating or revamping structures that enable civilian oversight of police.

The concept of civilian involvement in the handling of police-misconduct complaints was considered radical when it first emerged in the 1920s as a potential way to enhance police accountability. Although the first oversight entity was not formally recognized until 1948, the concept of civilian oversight of law enforcement dates back to at least 1931, when the National Commission on Law Observance and Enforcement, also known as the Wickersham Commission, issued a report suggesting that “every locality” should have a disinterested agency to which citizens could report police abuse.

In the nearly eighty years since the first civilian entity was formed to address police accountability, the concept of civilian oversight has been broadly recognized as a way for community interests to independently check police conduct. Communities are more frequently looking to civilian oversight as a way to enhance police accountability across a variety of fronts. For example, the Police Oversight Advisory Working Group, established in 2018 in Austin, Texas, has identified five key priorities that should guide the design and structure of Austin's police accountability infrastructure: (1) to foster independence from the police department and from “political actors”; (2) to facilitate the process of lodging complaints or compliments about police officers; (3) to “establish a collaborative relationship” between the police department and the community; (4) to enhance transparency through data analysis and reporting; and (5) to “involve community stakeholders in the process.”

Throughout the twentieth century, a “continuing pattern of police abuse, misconduct, and corruption, coupled with the failure of government to address these problems in a transparent way, led to a movement of citizen involvement in the police accountability process.” In the 1960s, concerns about police racism frequently sparked calls for civilian oversight.

In recent years, many civilian oversight entities have elicited criticism as concerned community members have grown disappointed by their performance. Despite these ongoing challenges, several municipalities have recently opted to either start up or enhance the powers of existing civilian oversight entities. Many jurisdictions have made changes intended to achieve more effective oversight that is better equipped to satisfy citizen concerns, and those changes have led to the creation of more complex, multi-tiered systems.

These recent developments have resulted in a critical mass of civilian oversight systems. A survey of entities in the one hundred most populous U.S. cities indicates that civilian oversight has become sufficiently prevalent among them as to now be considered a normative element within the police accountability infrastructure.

Many cities that have recently adopted new or enhanced structures for civilian oversight have done so to comply with reforms required by settlement agreements with the U.S. Department of Justice (DOJ). However, many entities were created not because of legal prompting, but, rather, in response to community activism. Although controversial police use-of-force incidents are frequently the impetus behind new civilian oversight initiatives, some jurisdictions have undertaken preemptive reforms to enhance public trust in accountability systems.

The trend towards the creation of multi-layered, multi-functional systems indicates that jurisdictions are opting to invest more resources in civilian oversight to achieve better results. The costs of implementing civilian oversight can be substantial, particularly regarding the Investigative function. Although the work done by civilian oversight entities arguably is work that would otherwise be done by the subject law enforcement agency, there are certainly incremental overhead costs from operating one or more separate entities to provide oversight functions.

Now that civilian oversight has become mainstream and oversight systems are becoming increasingly complex, there should be greater focus on evaluating their effectiveness. To be sure, there is much debate about how to evaluate the effectiveness of accountability systems. There are a number outcomes that could be considered, from objective measures, such as the timeliness of investigations and the number of officers being held accountable, to more subjective measures, such as the quality, thoroughness, and neutrality of agency determinations and recommendations, as well as community perceptions of policing and accountability within the jurisdiction. Future research into the cost-benefit tradeoffs of civilian oversight in its many forms is warranted to help municipalities better assess options and design systems that best suit their needs. This suggestion is by no means intended to imply that civilian oversight might be a failed experiment. To the contrary, civilian oversight has been around for decades because it serves an important purpose and, thus, is clearly here to stay. The question is not whether the investments being made across the country in these complex systems are paying off, but, rather, how these systems can be optimized to provide the most effective and efficient oversight possible.