The Governor's Clemency Power: An Underused Tool to Mitigate the Impact of Measure 11 in Oregon

Excerpted From: Aliza B. Kaplan and Venetia Mayhew, The Governor's Clemency Power: An Underused Tool to Mitigate the Impact of Measure 11 in Oregon, 23 Lewis & Clark Law Review 1285 (2020) (339 Footnotes) (Full Document) 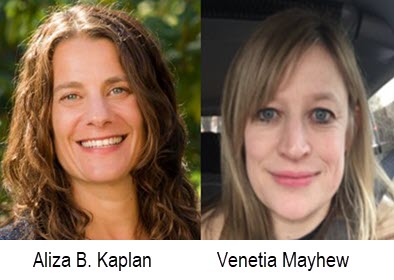 In March 1996, Hope agreed to drive her roommate's friend's car to a drug deal in exchange for some drugs. Hope waited in the car unaware that the deal had escalated into a robbery in which the drug dealer was murdered until afterward when police officers found her in the car and arrested her. For her participation as the driver, Hope was convicted of felony murder and sentenced to life in prison with the possibility of parole after a minimum of 25 years.

Hope was charged a year after Oregon's Ballot Measure 11 was enacted into law. Measure 11 imposed punitive mandatory minimum sentences onto a number of “person” crimes. Along with other State reforms that abolished both parole and indeterminate sentencing, Measure 11 was Oregon's contribution to the nationwide “tough on crime era” beginning in the 1980s. This era rejected traditional ideas of rehabilitation in favor of philosophies of retribution and incapacitation that have resulted in mass incarceration nationwide. Measure 11 has dramatically transformed Oregon's prisons; the number of people incarcerated in Oregon has exploded from just over 6,000 people in 1994 to 14,756 people as of February 2019.

At Hope's sentencing hearing, both the district attorney and the judge were troubled by the mandatory imposition of such a long sentence on a woman whose participation was so minor, but the judge had no choice other than to sentence her to life under the new guidelines. At the hearing, the district attorney stated that he did not feel her participation warranted more than 15 years of incarceration and promised Hope in open court that if she maintained a good prison record, he would support a petition for commutation after 15 years. The district attorney promised this on the record because he knew that a grant of clemency from the governor was the only way that Hope might receive a more appropriate sentence and a just out-come.

After 15 years, Hope, who not only maintained a perfect disciplinary record in prison, but undertook all the programming she could locate to better herself, applied to Governor Kulongoski for a commutation. He failed to review her petition and wrote a letter advising her to resubmit to the next governor just as he left office. She duly submitted a second petition to Governor Kitzhaber, who also failed to review her petition and also wrote her a letter telling her to resubmit to the next governor. After seven years of submitting petitions and waiting for governors who failed to even review her bid for mercy, Hope, who has now served 23 years in prison, submitted a third petition to Oregon's current governor, Kate Brown, over a year ago and is still waiting for an answer.

Hope's case is an all too common one in Oregon's post-Measure 11 incarceration landscape. Oregon prisons are overflowing at vast cost to the Oregon taxpayer people who were sentenced excessively for their crimes; with people who were terrified into making unfavorable plea agreements requiring they sign away their rights to appeal or to collaterally attack their convictions; with people who, if the Department of Corrections (DOC) had not had their discretion removed with the passage of Measure 11, would have been released already due to successful rehabilitation; and with people whose life without parole (LWOP) sentences mean they have no opportunity to even earn a chance to make their case for release to the parole board. Hope, like many others, cannot receive any relief unless the Governor is willing to use her clemency power.

Yet since Governor Kate Brown took office on February 18, 2015, she has carried on the recent tradition of governors using their pardon power sparingly and not as a tool to correct injustice or to reward exceptional rehabilitation while incarcerated. The handful of pardons and commutations that Governor Brown has granted, out of a total of over 391 requests her office has received in the last three years, reflects the present day, almost universal reluctance of executives, either recent presidents or state governors, to use their pardon power as it was historically intended: to mitigate the often-harsh consequences of the “rigor of the law.”

The nine pardons and four commutations that Governor Brown has granted so far reflect the excessive caution with which executives currently tend to approach the use of the pardon power. There is no doubt that being granted clemency in each of these cases lifted a weighty burden from the shoulders of these individuals, but the pardon power has a far more substantial role to play in Oregon's criminal justice system. We call on the Governor to use her pardon power more liberally to correct some of the imbalance and injustice that plagues our criminal justice system.

This Article is divided into six sections.

In Section II, we analyze the historical use of the clemency power at both the federal and state levels.

Section III discusses factors that occurred during the 20th century which resulted in both presidents and governors gradually using the power less up until the 1980s.

In Section IV, we examine how the “tough on crime” era and other political and legal changes, including in the imposition of new mandatory minimum sentencing laws during the 1980s and 1990s, has led to mass incarceration at the federal and state level, including Oregon.

In Section V, we discuss how this punitive sentencing and incarceration philosophy has resulted in a general souring on the use of the pardon power and is seen as a challenge to powerful prosecutors who generally oppose clemency as an extra-judicial attack on their own policies.

In Section VI, we look at the prison population in Oregon today and the many reasons why the current Governor should use her pardon power to mitigate the impact of the “tough on crime” policies of punitive sentencing which have led to mass incarceration in Oregon.

For decades now, governors have used their clemency powers sparingly, fearful of being perceived as lenient on crime, while worrying about the political risks to their own careers that can come with commuting and pardoning people. But gubernatorial clemency needs to make a comeback as part of a broader rethinking of criminal justice strategies.

In Oregon, as in most other states, much of the criminal justice system is still guided by 1980s and 1990s “tough on crime” philosophies of retribution rather than rehabilitation, leaving inmates with lengthy prison sentences and no avenues to earn an early release. The governor's use of clemency is necessary to correct injustices, to show mercy, and to create meaningful public dialogue about mandatory minimum sentences, overcrowded prisons, an aging prison population, and the extreme cost all of this is having on taxpayers and communities. We call on Governor Brown to use the pardon power as it was intended, as a check on the criminal justice system, by intervening in more cases where inmates have no other back-end avenues to be heard and/or be released early from prison.