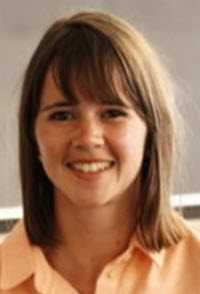 offenses. During the trial, the government presented evidence that Cain, once the owner of a tree-trimming and logging business in New York, recruited and directed people to intentionally destroy or steal his competitors' property to force the competitors out of business. The resulting crimes included three arsons for which the jury convicted Cain, one of which targeted an airplane and its hangar at a local airport in violation of 18 U.S.C. § 32. Following the jury's verdict on the charges against Cain, the court sentenced Cain to a fifty-five year sentence.

About three years later, on November 24, 2010, a jury convicted Abdi Wali Dire on charges for his involvement in an attack on the USS Nicholas while the ship was on a counter-piracy mission on the Indian Ocean. In an attempt to seize the vessel to later negotiate a ransom, Dire and two others attacked the ship by firing AK-47 assault rifles at its crew, who successfully defended against the attack and captured Dire. The government charged Dire with committing an act of violence against persons on board a vessel in violation of 18 U.S.C. § 2291, for which the judge sentenced Dire to twenty years of incarceration.

In 2018, the statutes that Cain and Dire violated became part of Congress's discussion about a long-awaited criminal justice reform bill. The resulting law--the First Step Act of 2018 (the First Step Act or “the Act”)--aims to reduce federal incarceration levels while maintaining public safety, in part through earned time credits that allow eligible prisoners to obtain early release from prison. In finalizing the bill, Congress decided that prisoners serving sentences for § 32 and § 2291 crimes should have different eligibility criteria for earned time credits. Under the law that resulted from these decisions, Cain is ineligible for the credits, while Dire is eligible as long as the conduct leading to his conviction did not put anyone at substantial risk of death or serious bodily injury.

Dire's conduct undoubtedly involved such a risk, making him ineligible for earned time credits. For other current or future inmates who receive sentences for § 2291 violations, however, the nature of their conduct might be the difference between remaining behind bars or being released. Meanwhile, inmates serving time for § 32 violations--despite the nearly identical nature of § 32 and § 2291--lack such opportunities under all circumstances.

This Comment argues that the First Step Act's eligibility provisions for earned time credits violate the Fifth Amendment's guarantee of equal protection of federal laws by arbitrarily limiting eligibility for prisoners with separate but substantively identical underlying convictions as other eligible prisoners. The equal protection principle of the Fifth Amendment requires the federal government to have a rational basis for treating similarly situated groups of prisoners differently Congress lacked in differentiating between two groups of prisoners under the First Step Act. With implementation of the earned time credits system underway, and as demands for expanded criminal justice reform continue, confronting unconstitutional provisions within the Act is essential to ensuring that the Act achieves its intended goals.

Part I of this Comment provides relevant background on (1) the First Step Act and the earned time credits system that it established; (2) two criminal statutes--18 U.S.C. § 32 and § 2291--on which eligibility for earned time credits is based; (3) the U.S. Constitution's guarantee of equal protection of the laws; and (4) the standard of review that courts apply to prisoners' assertions of violations of their constitutional rights, along with cases in which parties have challenged sentencing laws on equal protection grounds.

Part II argues that the First Step Act's eligibility provisions for earned time credits violate the equal protection principle of the Fifth Amendment because they are not rationally related to any legitimate government interest.

The First Step Act represents a bipartisan agreement on needed changes to the criminal justice system and a compromise that many thought was impossible. Concerns about public safety reasonably arose as lawmakers considered offering some prisoners the significant benefit of reducing their time in prison. Basing earned time credits eligibility for § 2291 prisoners on whether their conduct posed substantial risks of death or serious bodily injury appears to be a logical consequence of public safety concerns. However, by not making the same distinction for prisoners serving sentences for violating § 32, the government has unconstitutionally treated one group of prisoners differently than another without a rational basis.

Individuals who have been convicted of crimes under § 32 and § 2291 are similarly situated in all material respects. They have all committed crimes that Congress has written into the U.S. criminal code, rather than breaking other rules such as parole requirements. The statutes' text and cases interpreting the statutes show that conduct that does not pose a substantial risk of death or serious bodily injury is possible within the context of each, and thus that the underlying conduct could involve equally minimal harm to others. The range of punishment for acts under each statute is identical. Therefore, the various arguments that courts upheld as justifications for other sentencing schemes are insufficient to support the constitutionality of the First Step Act provisions that this Comment discusses.

Furthermore, the specific arguments that the government would likely put forth to frame the equal protection issue in this context would also be inadequate. The government cannot reasonably argue, and a court could not find, that § 32 offenses are inherently more dangerous than § 2291 offenses without ignoring the textual parallels between the two statutes. The extremely small percentage of federal prisoners who are serving sentences for § 32 convictions precludes reliance on the argument that the First Step Act's earned time credits eligibility provisions are permissibly imperfect by including too few people in its earned time credits eligibility scheme.

The First Step Act's unequal treatment of prisoners convicted under § 32 and § 2291 is arbitrary, contravening the equal protection principle of the Fifth Amendment. As momentum for criminal justice reform continues, Congress must protect the constitutional rights of the prisoners to which potential reforms apply and continue to consider the effectiveness of its policy of foreclosing rehabilitative opportunities to prisoners deemed too hopeless to save.