Fair Questions: A Call and Proposal for Using General Verdicts with Special Interrogatories to Prevent Biased and Unjust Convictions 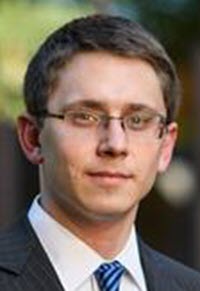 The Supreme Court recently called upon “our Nation to rise above racial classifications that are so inconsistent with our commitment to the equal dignity of all persons” and emphasized the “imperative to purge racial prejudice from the administration of justice.” That call is undoubtedly necessary and of paramount importance, as 2020's tragic assaults on members of the Black community by police--and the protests associated with them--have yet again made plain.

The need to eliminate racial bias in our criminal justice system, however, is far from limited to law enforcement. Indeed, the Court voiced its call to action in Peña-Rodriguez v. Colorado, a case involving bias in a criminal jury. There, it expressed that the jury is supposed to serve as “a criminal defendant's fundamental 'protection of life and liberty against race or color prejudice.”’ But it cautioned that “[p]ermitting racial prejudice in the jury system damages 'both the fact and the perception’ of the jury's role as 'a vital check against the wrongful exercise of power by the State.”’

Unfortunately, however, jurors are often inclined to rely on bias and other defective reasoning. One would think, therefore, that our verdict procedures would be designed to counter that. Yet they are not. The prevailing verdict form used in the federal courts, the general verdict, amplifies prejudices and gives such cognitive fallacies free reign to infect outcomes by distilling the entire decision-making process into a simple binary choice-- guilty or not guilty--rather than focusing juries on the issues that matter. Moreover, when a flawed decision occurs, the general verdict shields that decision from review by revealing no information about the jury's thinking.

The solution should be straightforward: require juries to answer questions about the key issues in the case and their reasoning. That approach would clarify, and force juries to concentrate on, the specific points necessary to support a conviction--thereby reducing the ability of extra-legal considerations to influence the outcome--and reveal the jury's decisional grounds for later review. Nevertheless, courts are averse to such a solution, due-- oddly enough--to a concern that non-general verdicts would harm defendants. Thus, general verdicts remain the norm, despite their serious flaws and likelihood of producing biased and unjust decisions.

The question, then, is how to create a verdict system that minimizes bias and error while avoiding out-of-hand rejection by the courts. This Essay proposes an answer: in every case, require juries to respond to special interrogatories--in addition to rendering a general verdict--when, but only when, they are proceeding towards a finding of guilt, following a verdict procedure designed to avoid the problems courts fear and comply with present practice.

This Essay proceeds as follows. Part I introduces the types of verdicts used in the federal system and explains why general verdicts are the norm in criminal cases. Part II explores the problems created and amplified by general verdicts. And Part III describes my proposed solution and engages with counterarguments.

Juries can be biased and logically imperfect. And unfortunately, our verdict system facilitates those shortcomings. We must, therefore, do more.

One solution is to use special findings verdicts in every case, which could reduce shortcut thinking, reduce complexity and confusion, and permit judicial review. Although courts are reluctant to adopt such a solution, judicial concerns can be navigated without succumbing to the problems of general verdicts. And the verdict system proposed here, which would require interrogatories only when the jury is proceeding towards a conviction, would do just that.

Of course, this solution is not a cure-all to bias in the courtroom or the criminal justice system. That insidious problem will require much more work. But every protection counts. Rethinking verdicts could do much to improve our jury system and help ensure that the jury truly serves as the “criminal defendant's fundamental 'protection of life and liberty against race or color prejudice.”’

Eric Hintz is a Quattrone Fellow at the University of Pennsylvania Carey Law School.