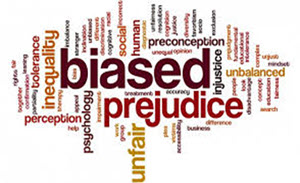 Because of implicit biases, information about the victims of violence--such as their criminal records, physical appearances, and lifestyles--can be exploited in an attempt to justify the harm that was inflicted upon them. In particular, there is a substantial risk that defendants tried for acts of violence against Black victims will attempt to shift responsibility to those victims by vilifying them, interrogating their pasts, and exploiting negative racial stereotypes about them by, for instance, activating the implicit bias that connects notions of blackness with criminality. Information about the victim can activate the implicit biases of the jurors, and these implicit biases likely affect the way jurors interpret and remember evidence and their ultimate decisions about culpability and punishment. Jurors should not and arguably may not constitutionally discriminate against Black victims by refusing to convict their attackers when those offenders would have likely been convicted for the same acts taken against similarly situated victims of a different race. Yet, the existing procedural rules are ill-suited to address the problem of implicit bias. This Note proposes two additional safeguards to mitigate the effects of implicit racial bias in self-defense cases. The first proposal is a recommendation for judges to permit counsel to participate more actively in juror voir dire and to ask questions intended to uncover implicit racial bias directly. The second recommendation is for an addition to the Federal Rules of Evidence, based on a proposal by Aaron Goldstein, that would prohibit counsel from deploying racial imagery during trial to activate jurors' implicit racial biases.

This Note proceeds in four Parts. Part I provides an overview of traditional self-defense law and highlights a few of the ways that the use of language evoking racial biases could ultimately lead to injustice in cases where Black victims have been subjected to violence.

Part III offers three specific recommendations that judges should implement to alter the way that voir dire is conducted in cases where implicit racial bias could affect jurors' determinations.

Part IV offers a proposal for a new rule of evidence that would categorically limit the admissibility of evidence likely to evoke implicit racial biases about the victim in self-defense cases and explores a potential parallel between justifications for rape shield laws and arguments in favor of a race shield law.

All victims of violent crimes should enjoy the same protection, regardless of their race. But national discourse after the killings of Black people like Botham Jean, Walter Scott, Trayvon Martin, and Breonna Taylor has brought questions about racial bias, stereotypes, and assessments of dangerousness to the forefront of the national consciousness. Is it “reasonable” to allow stereotypes about racial groups to factor into the determination of whether to fear a person in the moment? Bias-based fear should not be a legally cognizable defense even if it masquerades under the veil of “reasonableness.” And if the existing legal framework will allow such fear to affect the determination about whether violence is justified in self-defense, then it must be changed in order to guarantee members of racial minority groups the full protection of the law. This Note proposes a two-pronged approach to limiting the effects of implicit racial bias on jurors' determinations in cases of self-defense so that the lives of Black victims are not discounted. First, judges should permit lawyer-led voir dire about racial assumptions and pretrial publicity about the victim so that jurors who have already had their implicit racial biases activated can be struck for cause. Second, a new rule of evidence should be adopted so that the information jurors learn about the victims during trial will not activate implicit racial biases against them.