Rhetoric and Nostalgia in the Criminal Justice Reform Movement 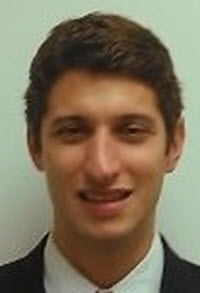 In 1989, the hip-hop group N.W.A. released the album “Straight Outta Compton,” featuring the hit single “Fuck tha Police.” In a hard-hitting six minutes, the song features group members drawing on their real-life experiences with the Los Angeles Police Department, “accusing cops of pulling them over in their cars and raiding their homes” without warrants or legal justification. N.W.A. had long considered describing police bias against young black men, but were moved to write the track after two members were shoved face-down on the pavement of a Los Angeles freeway. Ice Cube, a member of the group, remembers that the LAPD chief “had declared a war on gangs ... [which] meant a war on every black kid with a baseball hat on, with a T-shirt on, some jeans and some tennis shoes.”

Predictably, the law enforcement community's reaction to the song was harsh. “The FBI famously penned a missive to N.W.A.'s record label protesting the content of the group's music.” According to some retired NYPD members, officers began closely monitoring and generating dossiers on hip-hop artists like N.W.A. Though the song's legacy ballooned in popular culture, little changed in the relationship between officers and the group's members; in one incident, officers briefly detained the group after they performed the song at a concert in Detroit. Three decades later, N.W.A.'s members remain pessimistic that their song, or the protest and criminal justice reform movement more broadly, will change the relationship between officers and the communities they police.

Today's movement for criminal justice reform, and the attendant calls to “defund the police,” are far more nuanced and politically palatable than N.W.A.'s harsh missive. But there are lessons to be learned from N.W.A.'s experience. Calls for drastic change are vital. But the language in those calls can easily be misinterpreted as attacks on well-meaning officers, who have plenty of staunch defenders. Though it might seem hopeless to discuss the proper messaging for a movement when young men of color are dying in the streets, real change--especially change wrought through legislative responses and widespread community buy-in--requires broad constituencies to feel that they can be part of the solution. Poor messaging can undermine that sense of joint endeavor to improve the plight of communities subject to discriminatory, violent overpolicing. And poor messaging can also be misleading, both to the movement's members and to the public the movement hopes to persuade, especially when that messaging contains elements of flawed nostalgia for better times that never were.

To be clear, I steadfastly support calls for change in the relationship between the police and the communities they serve, especially in neighborhoods populated by people of color where a variety of biases--implicit and explicit, systemic and individualized--have torn apart far too many families for far too many years. Criminal justice reform is absolutely vital to the future of our increasingly diverse nation. Yet while conversations about the role of police are essential, rhetoric that focuses national attention on that issue alone can undermine progress towards a more just system of criminal investigation and adjudication.

Well-intentioned calls to defund the police are not literal appeals for a Hobbesian dystopia that ends the government's monopoly on the legally permissible use of force. But they remain flawed in two ways. First, they repeat many of the mistakes made by protest anthems of the past. For too many Americans enduring today's all-too-real dystopia, calls to defund sound like calls to anarchy, not arguments for peaceable, sensible reforms. Second, defunding rhetoric contains an element of historical nostalgia, suggesting that a return to underpoliced neighborhoods will allow young men of color to flourish. But there are risks in discriminatory underpolicing as well as discriminatory overpolicing; the former led many liberal and African American activists in the 1960s and 70s to call for greater crime control and police presence, which had disastrous consequences still playing out today.

Activists for criminal justice reform must think both broadly and equitably. There is little doubt that overpolicing in some communities contributed to mass incarceration and widespread distrust of officers, which in turn limited officers' ability to solve crimes in all neighborhoods. But calls to defund focus too narrowly on overpolicing alone. Ending any interaction between government investigators and people of color is not a panacea for the myriad injustices in our system of criminal adjudication. It may leave the victims of crime in low-income neighborhoods to either accept their plight or resort to self-help, an avenue that leads to disastrous cycles of violence. And it may limit change to a narrow problem, rather than pursuing the broader course of reforms needed to tear down the myriad mistakes of the past, brick by unjust brick.

The call to defund the police has intellectual origins in the prison abolitionist movement, which seeks alternatives to the modern prison industrial complex that would immediately reduce, and eventually eliminate, the American prison population. Prison abolitionists argue that today's American criminal justice system assures white Americans will remain dominant in the social order by controlling, and even suffocating, young men of color. For prison abolitionists, policing itself is a systemic means of subjugation.

In the wake of George Floyd's death, calls to defund the police garnered national attention and widespread public support amongst advocates. The phrase's meaning is nuanced; in addition to reducing police budgets significantly, “defunding” includes calls to invest in alternative means of preserving public safety and ensuring the well-being of all citizens. The new models of public safety provision could include anti-homelessness policies, healthcare legislation, educational reform, expanded drug rehabilitation programming, affordable housing, mental health programming and training, and many other elements. Importantly, activists emphasize that new models of public safety provision are primary goals of the defunding process. “The dual focus of the demand is crucial: this is not solely about slashing police budgets, but also about investing in resources and creating separate, new models of safety responsive to specific communities' needs.”

When people of color are dying at the hands of police while their neighborhoods deteriorate in cycles of crime and violence, it is easy to support wholesale change in the way police interact with citizens. It is tempting to pin the need for change on a single issue--overpolicing--that, once resolved, might allow young men of color to flourish once again. But that rhetoric, exemplified by the defund the police slogan, is too narrowly focused and too nostalgic for the supposed glory days of underpolicing. The criminal justice reform movement should not focus on such faulty images of the past. It must broaden the appeal for reform beyond merely reducing interactions between citizens and police, garnering support from a broad coalition of supporters for a broad array of desperately needed reforms.