Untested and Neglected: Clarifying the Comparator Requirement in Equal Protection Claims Based on Untested Rape Kits 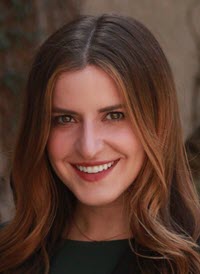 In police-department warehouses across the country, thousands of small cardboard boxes are stacked haphazardly on shelves from floor to ceiling, collecting dust. Rows and rows of boxes--“[ten] inches tall and a foot wide”--are tucked away, unopened and unexamined. Some have not been touched for more than thirty years. These are not boxes storing evidence from solved cases--these are “rape kits,” the colloquial name for the box containing the physical evidence that is collected after someone reports a sexual assault, that have never been tested. For many victims of rape, these boxes contain the only hope of ever identifying their assailant and obtaining justice. Although they may be small, their importance cannot be overstated--rape kits contain crucial forensic evidence often necessary to solve sexual assault investigations. Yet instead of being sent to laboratories, this evidence degrades in hot and musty warehouses-- untested and neglected.

The criminal justice system and our society at large are currently grappling with how to effectively handle claims of rape and sexual assault. Rape is one of the most underreported crimes in the United States. Even when the odds are defied and rape is reported, victims are often disbelieved and no criminal charges materialize. This remains true even when potentially corroborating physical evidence is present. In the last few years, reports have surfaced that a multitude of police departments across the country have neglected to test rape kits for DNA evidence. As this issue has gained widespread attention, victims have started suing the cities responsible.

Lawsuits have been filed over police departments' systematic failure to test rape kits in six cities: San Francisco, Memphis, Houston, Austin, Baltimore, and the Village of Robbins, Illinois. The plaintiffs in these cases allege violations under the Equal Protection Clause of the Fourteenth Amendment. The plaintiffs argue that police departments routinely discriminate against victims of rape--who are overwhelmingly female-- by deprioritizing proper testing and investigation of cases, thus denying them equal protection of the law based on their gender. Two of these suits have led to disparate results in the Sixth and Ninth Circuits. Though the plaintiffs in the two cases pled very similar claims, the Sixth Circuit permitted the case to move into discovery while the Ninth Circuit dismissed the case. The difference in outcomes reflects confusion in the lower courts as to what evidence plaintiffs must produce in order to establish discriminatory intent. The Supreme Court recently denied a writ of certiorari to resolve the discord and clarify the standard for plaintiffs in similar cases. However, the issue of untested rape kits is ubiquitous; hundreds of thousands of untested kits have been found in cities across the country. Thus, despite the denial of certiorari, more lawsuits will likely arise as this issue continues to gain attention. This Note argues that the Supreme Court should accept certiorari on a future case in order to set a standard that prevents unequal access to justice.

This Note builds on prior scholarship regarding the Equal Protection Clause and its potential to be an effective tool for victims who are denied police protections to seek redress. Professor Deborah Tuerkheimer has argued that the 39th Congress--the Congress that embedded the Equal Protection Clause within the Fourteenth Amendment--was centrally concerned with the Clause protecting citizens from violence through providing equal access to police protections. She describes how the Supreme Court has moved away from this original “protection model” towards an “anti-classification approach”--one that focuses equal protection doctrine on prohibiting legislative and administrative discrimination. The Court's anticlassification model requires showing the intent to discriminate, which she claims is often an “insurmountable barrier” when it comes to police bias. Despite this obstacle, Professor Tuerkheimer illustrates that since 2009, the Justice Department has been investigating and intervening when police departments systemically fail to address gender violence, specifically labeling this failure as a violation of the Equal Protection Clause. Professor Tuerkheimer is cautiously optimistic that this could signal a reemergence of the “protection model” in Supreme Court jurisprudence. In a later article, Professor Tuerkheimer posited that Heather Marlowe's case in the Ninth Circuit, discussed at length later in this Note, could foreshadow a new “model for future Equal Protection litigation.”

Notwithstanding discriminatory intent, the elements of a successful equal protection claim are present in this type of litigation. Supreme Court precedent establishes that police withholding protective services is sufficient to constitute a custom or practice under § 1983 litigation. Despite the lack of precedent on this exact issue, the refusal to test rape kits would likely not survive intermediate scrutiny based on gender. Therefore, the biggest barrier to successful equal protection claims of this nature is requiring comparator evidence to show discriminatory intent. Although still a requirement in the Ninth Circuit, the Sixth Circuit allows plaintiffs to proceed on their claims without pleading specific facts pertaining to comparators. This Note expands upon prior scholarship to argue that courts can uphold the core tenets of equal protection while maintaining its current framework by allowing discriminatory intent to be shown without comparators. This Note posits that while comparators may be sufficient to show discrimination, they should not be required.

This Note proceeds in three parts. Part I documents the widespread refusal by police to investigate rape complaints, as evidenced by warehouses full of untested rape kits. After demonstrating the importance of rape kits, it explores the prevailing theory that police bias causes officers to disbelieve reports of rape at disproportionately high levels and thus prematurely end investigations before rape kits are tested. Part II provides an overview of gender-based equal protection doctrine. It then introduces two circuit cases that have addressed municipalities' failure to test rape kits, resulting in different pleading standards. Part III analyzes the disparities between the Sixth and Ninth Circuits' approaches. Then, it proposes a path forward for successful equal protection claims based on police failure to test rape kits. By exploring this underdeveloped area of equal protection law, this Note ultimately argues that systematically refusing to test rape kits for potentially inculpatory evidence violates the Equal Protection Clause of the Fourteenth Amendment.

The Supreme Court should remove the need for comparators in equal protection claims--particularly in cases concerning the denial of police protections to victims of sexual assault--because this requirement is contrary to precedent and public policy. That the comparator requirement is inconsistently defined and inconsistently applied across discrimination cases illustrates that comparators should not be strictly necessary to illustrate discriminatory intent. This uncertain and piecemeal status quo is detrimental to victims and undermines the rule of law by creating a system in which two plaintiffs can be subject to different pleading standards based solely on where they live. In fact, the comparator requirement could serve to entrench inequality by imposing a potentially insurmountable obstacle to women attempting to seek redress for the violation of their constitutional rights. Mandating specific comparator evidence could deny the possibility of legal relief to women who are needlessly suffering at the hands of the criminal justice system. Many other constitutional remedies have already been foreclosed. Additionally, legislative efforts to secure funding have not been fruitful because they do not target the root issue of systemic bias. Allowing equal protection claims to move forward would not only provide a remedy to individual victims of sexual assault, but it could also improve the likelihood of other victims coming forward in the future, thereby increasing public safety.

The Supreme Court has stated that “[t]he purpose of the equal protection clause of the Fourteenth Amendment is to secure every person within the State's jurisdiction against intentional and arbitrary discrimination, whether occasioned by express terms of a statute or by its improper execution through duly constituted agents.” The original aim of the Equal Protection Clause was to protect citizens from violence through providing equal access to police protections. The Ninth Circuit's dismissal of Marlowe's claim flies in the face of this purpose by sanctioning a widespread law enforcement culture of denying equal protection to women by purposefully deprioritizing rape investigations and failing to test rape kits. By enforcing an inconsistent and rigid comparator standard in equal protection claims, the Ninth Circuit--as well as any other court that adopts this standard--systematically denies women remedies for serious constitutional violations. Systematically refusing to test rape kits for potentially inculpatory evidence meets the elements to constitute a violation under the Equal Protection Clause of the Fourteenth Amendment of the Constitution. The Court should uphold the promise of the Equal Protection Clause by granting certiorari in a future case and deeming the comparator requirement sufficient but not necessary.