The Puzzle of Clearance Rates, and What They Can Tell Us about Crime, Police Reform, and Criminal Justice

Excerpted From: Andrew D. Leipold, The Puzzle of Clearance Rates, and What They Can Tell Us about Crime, Police Reform, and Criminal Justice, 56 Wake Forest Law Review 47 (2021) (183 Footnotes) (Full Document) 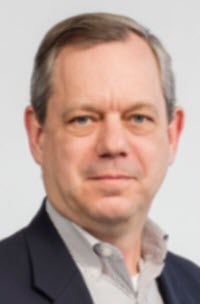 Police reform is back on the public agenda. There is nothing novel about this; throughout our history, there have been frequent, impassioned movements at both the national and local levels to professionalize police officers, rein in law enforcement abuses, and combat corruption.

As has been true in past reform efforts, many of the current demands focus on how police do their job. There have been calls to eliminate chokeholds, reduce stop and frisks, increase the use of body cameras, and perhaps most significantly, eliminate or reduce qualified immunity to make it easier to sue officers and departments for abusing their monopoly on the use of force.

The current efforts, however, also include a bigger ask--that states and municipalities change not only the “how” of policing but also the “what.” In particular, there have been a significant number of demands to “defund the police” and to move current law enforcement resources and responsibility to other parts of government.

Despite the “defunding” label, and despite occasional pronouncements to the contrary, few sensible people really want to abolish the police. There are more than one million violent crimes committed in the United States each year, including hundreds of thousands of armed robberies and aggravated assaults, and when they occur, someone needs to step into harm's way to stop an ongoing offense, keep a bad situation from getting worse, or capture the perpetrator. More thoughtful defunding proposals have accordingly emphasized the need to reduce law enforcement's portfolio of duties. Over time, communities have increasingly asked police not only to deal with crime but also to manage mental health crises, addiction problems, school discipline issues, and other problems for which officers are not fully trained and which might be better addressed by health officials, social workers, and clergy. Without excusing for a minute the criminal and racist behavior that remains disturbingly common among officers, we can still acknowledge that we often ask too much and provide too few resources for law enforcement to accomplish all of these tasks.

No matter how communities ultimately choose to carry out their law enforcement function, the police (by whatever name) will always be asked to perform two core tasks: prevent crime when possible and arrest and charge the perpetrators when the crimes occur. But despite the centrality of these tasks, some important questions have been lost in the hyperbolic noise of the reform movement. Specifically, how well do the police currently perform these core duties?

When deciding what we want the police to do in the future, we might start by assessing how effective the police are at doing their job in the present. This might lead us to ask two related questions. First, what role do the police (as compared to the legislatures that criminalize conduct or the judges who sentence offenders) play in preventing crime? Second, once crimes occur, how often do the police solve the crime and make an arrest? The first question--the role of police in crime prevention--is difficult to measure; it is hard to know precisely what causes a crime not to be committed, although some estimates are possible. The second question--how often police solve crimes and make arrests--is also complex but more accessible; it requires a closer look at clearance rates.

With some important qualifications, the clearance rate describes the success the police have in solving crimes. When a crime is committed and the police learn about it, the crime is considered “cleared”--that is, solved law enforcement arrests a person, charges him or her with the crime, and turns the matter over to the court for prosecution. It does not matter whether the person arrested is ever convicted; from the police's perspective, the crime is cleared once the person is charged. The clearance rate is calculated by dividing the number of crimes solved by the total number of crimes in that category. Thus, a jurisdiction that reports forty aggravated assaults, twenty of which are solved by an arrest and a charge, would have a clearance rate of 50% for that offense.

There is a second way to clear cases: through “exceptional means” (to use the Federal Bureau of Investigation's (“FBI”) term). As long as the police identify the perpetrator of the crime, have enough evidence to arrest and charge, and are able to locate the offender such that they could have arrested him, the crime is considered cleared. The fact that the suspect died before being arrested, or that the victim refused to cooperate thereby preventing an arrest, or that the suspect was not extradited because he was being prosecuted for another crime in another jurisdiction does not matter for these purposes-- the crime was cleared. Curiously, and unfortunately, the figures reported to the FBI do not distinguish crimes cleared by arrest and charge from those cleared by exceptional means (more on this point below).

Despite their importance in evaluating police performance, clearance rates get relatively little attention in criminal procedure literature. There have been some important exceptions to this neglect, and criminologists continue to provide valuable insights. This Article argues that the clearance rate is worthy of much greater study for a number of reasons.

Most obviously, the clearance rate tells us something important about how well law enforcement does one of its core jobs. After a crime is committed, how often do the police catch the perpetrator and gather enough evidence to allow the rest of the justice system to do its job--adjudicate, and punish if appropriate? As discussed below, using the clearance rate to measure law enforcement effectiveness is more complicated than it sounds; we also want the police to focus on preventing crime, not just on catching the wrongdoer once the harm is done. Thus, it is important not to let the clearance rate become the sole, or perhaps even the dominant, measure of police performance. On the other hand, if there are going to be serious changes to law enforcement duties in this country, it is worth knowing something about how well the police currently do what they are uniformly asked to do.

Understanding clearance rates also has implications for constitutional criminal procedure. The familiar debate between the Crime Control Model and the Due Process Model in defining the rules that govern searches and seizures or interrogations (for example) frequently pivots on the effect that a particular interpretation of the Constitution will have on effective police work. Thus, if it turned out that clearance rates had increased (or decreased) over time, we might have greater (or lesser) confidence that specific policing techniques--such as DNA testing, facial recognition, cell phone tracking, etc.--are (or are not) worth the economic and social costs.

More broadly, clearance rates also can (should) inform the broad policy questions about how and why we punish. If most reported crime is solved, yet the crime rate continues to climb, we might conclude that the hoped-for deterrent effect of punishment is not being realized. On the other hand, if the clearance rate is high and crime is decreasing, perhaps we can achieve the deterrent effect with less severe punishment and more alternatives to incarceration. Conversely, a low clearance rate might suggest that longer prison sentences, or more steps to increase the likelihood of arrest, are needed to raise the costs of crime to the perpetrator.

Finally, clearance rates can tell us a great deal about the wisdom and scope of police reform. The importance we attach to solving crimes once they occur, and the policy choices we make to raise or lower the rate at which crimes are solved, can go a long way in determining the role we want the police to play in maintaining an orderly society. But the first step is to understand the strengths and weaknesses of clearance rates and to extract what information from them that we can.

The thesis of this Article has been that low and steady clearance rates over the last few decades are, on the surface, difficult to explain. Crime detection techniques have gotten better; the legal landscape has become more favorable to law enforcement; both the absolute and the relative number of sworn officers have increased; and crime has decreased. This powerful combination of circumstances should have led to a higher percentage of crimes being solved, but that has not been the case.

While there is no single explanation, the diversion of resources from index crimes and a change in focus toward crime prevention seem to have the most explanatory power. But as appealing as the shift toward prevention is, there are important public policy implications to the shift. Despite the decrease in crime over the last twenty years, the number of serious crimes remains high in absolute terms: tens of thousands of homicides, rapes, robberies, and aggravated assaults and hundreds of thousands of burglaries, thefts, and arsons, a large percentage of which remain unsolved. The fact that we have lower crime is not the same as having a low amount of crime, and so the effectiveness of the police in solving those crimes remains a critical topic.

Far more study of clearance rates and their implications is needed, and this Article has raised more questions than it has answered. But the gap between crime and criminal justice is large enough, and the impact of unresolved cases is important enough, to make further study worthwhile.