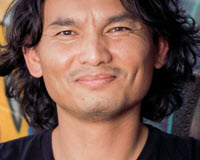 -First Congress of the United States, 1790

In 1788, the U.S. Constitution was ratified by nine of the thirteen colonies to officially became the framework of the government of the United States of America. The first U.S. Congress assembling afterwards, acting as the first interpreters of the Constitution, explicitly decreed by law that only a free white person could benefit from being citizens of this new government. Through these words, the United States would be built to suit the primary colonists: white Western Europeans.

The first members of Congress did not monopolize the benefits of this new and free society for themselves without a model. The concept of who is to reap and who is to sow was already well-rooted by the mid-eighteenth century. In South Carolina, for example, white colonists passed the Negro Act of 1740. The law, in part, deprived enslaved African people of their basic human rights to grow their own food, to move freely, to become literate, to organize, and to earn money. It even made murder of an enslaved African a misdemeanor punishable by a fine, which effectively extended the power to kill enslaved Africans to white persons and not just slaveowners, for acts such as running away. This law was passed in response to the Stono Rebellion, a large uprising in 1739 of enslaved Africans in search of freedom. The white settlers knew how to put and keep themselves in power.

Although the colonies enjoyed a great measure of autonomy with each developing its own laws including those similar to the Negro Act of 1740, British rule still dominated trade and shipping which provided economic resources. To further capitalize and expand its imperialism, the British Parliament made naturalization within the colonies more convenient through what was known as the Plantation Act of 1740. This law, although British, governed across all the colonies, allowing non-British immigrants to become subjects of the King while living in the colonies. Reaping the benefits of trading with the Crown was much easier when not considered a foreigner so it became economically vital to be under the monarch's rule. Britain's economic control ensured that plantations profited the monarchy, and slavery was vital to that profit Commerce was shaped in such a way that in order to thrive in business with Britain, colonists had to become subjects of the King. Naturalization in this context required residency in the colonies for a period of seven years, an oath of allegiance, and a swearing process before a judge. The first naturalization law of the United States bore similar trademarks. By almost exactly adopting Britain's model for naturalization, the first Congress was implementing a method rooted in benefitting from plantation slavery when it drafted its own set of laws determining who benefits from citizenry.

The oft-ignored institution of penal transportation also played a role in the shaping of America. Although Australia is well-known for its roots as a British penal colony, the practice's relation to American history is not as widely spoken of. English courts began to use colonial North America in 1615 as a dumping ground to export what was then cheap “convict labor.” The practice became unpopular in the colonies at the end of the century and Britain responded with its Transportation Act of 1718. Britain had an interest in providing cheap labor to benefit what were then the King's colonies and plantations. By sending those it had convicted, Britain not only reduced its criminal population but also profited from cheap production labor on the plantations. These laborers were unfree white Europeans living in the colonies and the first Congress was intentional about excluding them from the benefits of citizenry, hence the injection of the phrase “being a free white person” into the first naturalization law.

These points in history are fundamental to the understanding of how the systems we live under today were created. The United States was not created with liberty guaranteed to all. It was mired in slavery and white privilege. It was built on the concept that there are people of another race or another class that should be wholly disregarded. The inception of the United States engendered marginality and persistent inequality. This brings to question whether there is any truth to the popular sentiment that systems are broken and need reform. Perhaps the systems themselves bring veracity to the opposing truth: that they continue to function as they were designed. It questions whether systems can even be “reformed.” When systems and their components need such massive undertakings to result in drastic improvements in people's lives, that is an effort beyond reform. It is at minimum a reimagining of how society can operate.

In light of what is raised, however, it begins to expose how I came to have the life experience that I do but little is said about how I came to pen this Essay. Let us just say that had I not taught myself law while incarcerated, I would not have been able to manage my release and get a moment of time here with my community. I would not have resolved myself to get a pardon so that I can have my grounds for removal waived. I would have accepted the fate that all too many have met because of the overwhelming systemic pressures. I would not still be here and working with young people today. I would have been deported to Cambodia, a country I have never set foot in.

It is the support of others and those in the community that has enabled me to get the grasp of legal knowledge that I possess today. It was an investment in me as a person that helped me to understand the challenges that I faced and gave me the determination to find a way to overcome insurmountable odds. This Essay does not dive into any particular “practice of law” I may have had as a jailhouse lawyer, but it does go to show that I had to fight for my own liberation and that was the way the system was designed. I had to navigate a system beset with challenges, standing as one person against the resources of the U.S. government This exposition is more of a reflection on how I came to find myself in the crosshairs of the convergence of the criminal and immigration systems, on how they were built to withstand the test of time and come to target our communities. Ultimately, the solutions to bring fairness and equality require a greater imagination that goes beyond notions of penology.

If our contemporary experiences can in many ways mimic the outcomes of those from over a century ago, not much has really changed. I can for one say that the legal systems in America are not broken, that they do what they have always been designed to do: empower and benefit white settler colonialists and their progeny. This is how broken systems function by design.

Phal spent sixteen years in the state penal system after being tried as an adult at age seventeen. On the day of his scheduled release, he was handed over to immigration authorities for deportation. He is self-Laught in law and managed his eventual release from immigration detention in 2016 without legal representation. Through his engagement with the community, he received recognition from numerous elected officials at the city, county, state, and congressional levels leading to a gubernatorial pardon in 2018. He continues to support system-impacted young people making changes in Los Angeles and beyond with the Youth Justice Coalition.