Solitary Confinement as Illegitimately Proscribed and Disproportional Punishment: Another Angle from Which to Attack the Inhumane Practice 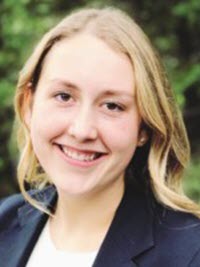 Reflexively locking people up in cages and subjecting them to degradation and humiliation--inflicting violence and suffering upon people in order to teach them that violence is wrong--is a doomed strategy, especially considering that most people who commit violent crime are victims as well .... [W]e need to hold people accountable in ways that aim to repair and prevent harm rather than simply inflicting more harm and trauma and calling it justice.

Current solitary confinement practices go against traditional notions of punishment, legality, and separation of powers. Use of the practice has persisted, and even grown, over time despite widespread criticism and characterization as a discredited penal technology. It is a “perennial practice of last resort for those seeking control within prison walls,” surviving sweeping changes in penal technologies and in justifications of punishment. Criminal sentencing in general is an area that has a particularly glaring gap between empirical and academic expertise and practice. Prison policies have all but remained unchanged or worsened in the last century despite a growing consensus that practices such as isolation techniques fail to meet punitive objectives. Over the past several decades, the use of solitary confinement has dramatically increased, including the rise of super-maximum security (“supermax”) prisons designed to house entire inmate populations in extreme isolation. This is due, in large part, to the continual re-branding of solitary confinement by prison administrators as a means to combat prison violence, as well as the staggeringly large number of people held in United States' prisons in the current era of mass incarceration that is unmatched by any other country.

Efforts to curb the practice have generally focused on limiting who can be subjected to solitary (such as excluding pregnant, juvenile, or mentally-ill prisoners), decreasing the duration of confinement, and mitigating the severity of conditions. Constitutional challenges have mostly centered around the Eighth Amendment's prohibition of cruel and unusual punishment. There have been successful challenges to the practice based on Eighth Amendment concerns, but these cases have been confined to specific conditions in specific prisons, with courts refusing to apply per se unconstitutionality to solitary confinement practices in general. The Supreme Court has yet to place sweeping restrictions on solitary as a penal practice, rather focusing on individual instances of excessive force, failure to protect inmates, and medical indifference. While the detriments of solitary confinement have been known since its beginning, judicial intervention did not significantly occur until legal changes augmenting the rights of individual inmates to sue state officials took place in the 1960s and 1970s. This is largely because the Supreme Court had not formally applied the Eighth Amendment to the states, where most punishment occurs, until its 1962 ruling in Robinson v. California. Not until then did courts really begin to recognize and impose constitutionally required limits on punishment. At the same time, however, prison populations began to soar. Soon judges were unwilling to check certain forms of destructive punishment with administrators struggling to control the masses. Recent trends towards limiting or abolishing solitary confinement altogether have come up on both the state and federal levels, and there have been significant legislative successes, but these efforts have not fundamentally evaluated the use of solitary confinement as its own form of punishment, separate from regular imprisonment.

Punishment is society's expression of condemnation for a given offense. The public's recognition of the unjust severity of solitary confinement practices and their negative psychological effects on incarcerated people has been shown through the rise of nationwide calls for and moves towards legislative reform. Solitary confinement is an altogether different and additional form of punishment that should require the same legislative sanction as regular imprisonment. Not only does the practice not have the public support it should in order to be an actual societal expression, but it fails to serve traditional punishment goals: solitary does not rehabilitate or reform the inmate, it does not decrease aggregate levels of violence within prisons, it does not deter individuals from committing further violence or crimes, and its lack of proportionality goes against the core tenet of retribution. There can be no true justice when our current system of punishment so often imposes punishments that are disproportionate to the crime committed, especially in a system that has culminated in the current mass incarceration epidemic in America. Solitary confinement should be abolished, unless it can be specifically mandated by legislatures as a kind of punishment their constituents feel displays the condemnation deserved for specified crimes.