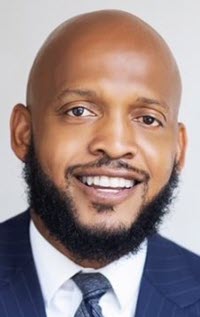 In recent decades, legislatures have expanded the prosecutorial state with weapons designed to punish Black and Brown criminal defendants more harshly--specifically with complex criminal statutes such as the Racketeer Influenced and Corrupt Organizations Act (RICO), the Continuing Criminal Enterprise statute, and gang statutes. This Essay will focus on gang statutes, which punish individuals who participate in a gang and commit an enumerated crime (also referred to as a “predicate act”) in furtherance of that gang. In twenty-eight states, a person need only commit one predicate act in order to be convicted under the gang statute. This means that a person can be tried and punished twice for a single crime--once as a substantive crime (such as handgun possession or assault) and then again for that same crime in furtherance of the gang.

The U.S. Supreme Court has paved the way for these prosecutions by abrogating its duty to enforce the Double Jeopardy Clause of the U.S. Constitution. Specifically, the Supreme Court has relegated the multiple punishment doctrine to a tool of statutory interpretation rather than a constitutional protection for criminal defendants. The dismantling of Fifth Amendment double jeopardy protection is the product of white supremacy, couched in a legislative intent narrative, for the purpose of expanding the carceral state.

In this country, the descendants of the enslavers are free to storm the capital, in the name of white supremacy, during an international pandemic, in hopes of overturning a duly elected President, because they are American, and they are free. As a descendant of formerly enslaved Africans and a product of the perpetual undercaste in this America, I accept that harsh reality. But what of the ratification of the Fourteenth Amendment to the U.S. Constitution? Did not all provisions of the Constitution and every amendment get extended to Black and Brown people too?

In his remarks commemorating the 200th anniversary of the signing of the U.S. Constitution, Justice Marshall referenced the majority opinion in Dred Scott v. Sandford, where Chief Justice Taney stated in unequivocal terms that the law of the land does not apply to the “slave,” and “negroes” “had no rights which the white man was bound to respect.” In his retort, Marshall explained that only through a bloody civil war, five short years after the decision, could the Thirteenth Amendment be adopted to abolish slavery. In other words, the Constitution that Justice Taney declared did not apply to Black people was replaced. “In its place arose a new, more promising basis for justice and equality, the Fourteenth Amendment, ensuring protection of the life, liberty, and property of all persons against deprivations without due process, and guaranteeing equal protection of the laws.”

If the Union's victory in the Civil War and the subsequent ratification of the Fourteenth Amendment bestowed due process and equal protection upon all persons, do not the original constitutional freedoms, rights, and responsibilities extend to inner city Black and Brown gang members too?

This Article declares that if we believe that “no one is free until everyone is free” and that “injustice anywhere is a threat to justice everywhere,” we must object to, intervene in, and correct for constitutional violations, even where the criminal defendant is the most despised and, in the eyes of the court, the most dangerous among us. Much like the objection, rejection, and protest of the extension of the Patriot Act, the negligent spreading of coronavirus among the incarcerated, and the countless killings of unarmed Black people, the same treatment is required in response to anti-gang statutes. The same Constitution that ensures that “Black Lives Matter,” “Women's Rights are Human Rights,” “That No Human is Illegal,” “Science is Real,” and “Love is Love,” must be equally applied to actual or accused gang members.

This Article proceeds in five Parts. Part I provides a case study of the imposition of multiple punishments for a single crime in the context of a gang prosecution and provides an overview of the caselaw most relevant to examining multiple punishment issues. Part II explores the white supremacist underpinnings of current rules of criminal procedure and the proliferation of organized crime statutes, including gang statutes. Part III demonstrates that under a proper constitutional analysis, convictions under gang statutes that require only one predicate act violate a defendant's double jeopardy rights. Part IV addresses the Supreme Court's killing of due process by reducing the same offense test for simultaneous double jeopardy (also called multiple or cumulative punishment), specifically through the Court's holding in Missouri v. Hunter that legislative intent overrides the Fifth Amendment Double Jeopardy Clause prohibition against multiple punishment Part V argues that the premise that legislative intent can override constitutional protections such as double jeopardy is flawed and contrary to precedent

Prior to the Thirteenth and Fourteenth Amendments, the twelve proceeding amendments provided no more protections to Black and Brown people than provided to a horse. The Thirteenth Amendment ended chattel slavery in this country for all people without first being duly convicted of a crime. The Fourteenth Amendment was clearly intended to extend the first ten Amendments to the bodies of those who were formerly enslaved. The concerted effort by the U.S. Supreme Court to abrogate its duty through the legislative intent doctrine and now limit the import of those first twelve amendments-- while simultaneously and disproportionally prosecuting and imprisoning Black and Brown persons--maintains a social order built on white supremacy. To revive due process and breathe life back into what is purported to be a living document, the Supreme Court, legislatures, prosecutors and the public must respect the Constitution and all its Amendments, just as they did when it only applied to landholding white men.