Confronting the Biased Algorithm: the Danger of Admitting Facial Recognition Technology Results in the Courtroom 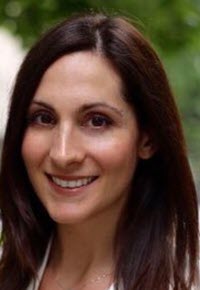 Robert Julian-Borchak Williams, a Black man from Michigan, was wrongfully arrested in January 2020 based on a flawed match from facial recognition technology. Williams was minding his own business at work when he received a call from law enforcement asking him to come to the police station to be arrested. At first, he thought the call was a prank. However, shortly after receiving this call, Williams was arrested on his lawn in front of his wife and two daughters. The police would not explain why Williams was being arrested; they merely showed him a piece of paper reading “felony warrant” and “larceny” alongside his driver's license photo. When his wife asked where he was being taken, an officer simply responded, “Google it.”

According to technology and legal experts, this may be the first known account of an American being wrongfully arrested based on a facial recognition algorithm. Williams was arrested after a surveillance camera image of a man robbing a retail store was uploaded to a facial recognition system and generated multiple matches with Williams's driver's license photo among the results. The results were shown to an eyewitness who had witnessed the crime five months prior and she selected Williams as the “correct” match. Since Williams's arrest, US authorities have identified two other men wrongfully arrested based on facial recognition technology results; in each of these cases, the men mistakenly identified were Black. These recent examples of police implementation of facial recognition technology raise questions about the technology's development and use.

The facial recognition technology that police departments employ to identify suspects predominantly originates from private companies. The National Institute of Standards and Technology (NIST) conducted a study in 2019 that evaluated 189 different algorithms from 99 developers, which represents the majority of the industry. The study found that the algorithms generated higher rates of false positives for Black faces--sometimes up to one hundred times more false identifications--than white faces. This study, and various others, reveal the widespread bias embedded in facial recognition technologies.

This Note cautions against admitting results from facial recognition technology into evidence at trial based on the current infancy and bias of the technology. Further, if the evidence is admitted, defendants should have access to the software's source code to meaningfully challenge the evidence presented against them under the confrontation clause. This Note recognizes the developers' interest in protecting trade secrets and argues that judges should make case-by-case determinations about how to protect developers' information without blocking defendants' access to the software.

Because of the current bias of facial recognition software and its disparate accuracy in identifying different demographics, it is important to critically analyze the state of the technology and the industry before allowing it to be admitted into evidence at trial. This Note presents a call to action to examine law enforcement's use of facial recognition technology and to prevent unreliable uses from incriminating defendants without an opportunity for these defendants to exercise their constitutional right to confront the algorithm that accuses them.