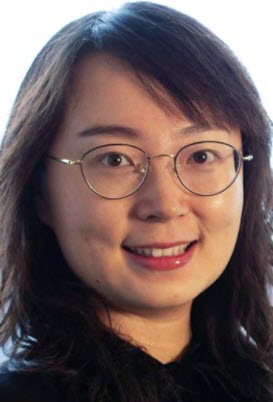 One recent article in the Washington Post indicated that racial bias overwhelmingly exists in criminal justice (CJ) system after reviewing more than 150 studies. Although it is hard to partial out the racial effect from other confounding effects related to politics, education, and socioeconomic status in the legal system, the above argument is still valid. Racial bias and racism can be concluded when the disparity presented is attributed to actions and/or decisions, either explicit or implicit, taken by a dominant group (Whites) that are harmful to a minority group (Blacks). The overrepresentation of Blacks in the CJ system--where they consist of 40% of the overall two million incarcerated Americans, but only constitute 13% of the entire population--exactly mirrors this argument. In other words, the percentage of incarcerated Blacks far more exceeds their proportion in the general population. The Black-White racial disparity has been found to be pronounced and enduring across multiple CJ processing stages. In fact, the mere existence of the supporting empirical research on race and the CJ system may be self-evidenced for its racial bias.

Two key questions are why is the CJ system disproportionately represented by Blacks and why the Washington Post's conclusion receives tremendous support? Some would think the overrepresentation is an epitome of real crime rates, whereas others would say that it is because racial bias against Blacks persists in the system. This review shows evidence aligning with the latter statement, arguing that law enforcement agents, such as police officers, prosecutors, and judges, hold either explicit or implicit racial bias through their legal decisions, which leads to and exacerbates the Black-White racial gap. Explicit racial bias manifests as an overt racial discrimination; whereas implicit racial bias refers to an automatic and unconscious association between negative stereotypes and certain racial groups, commonly measured by the Implicit Association Test (IAT). A growing number of studies have revealed how implicit racial bias influences legal decision making and how it manifests in each legal processing stage.

In general, people are more likely to associate Blacks or Afro-centric features with dangerousness, negativity, and criminality. Due to the universality of such implicit racial bias, legal officials and practitioners are nearly impossible to be immune from it. In the 26th Presidential debate, Hillary Clinton also acknowledged the substantial and even fatal consequences of implicit racial bias in the CJ system for Blacks. A better understanding of the impact of racial bias in the CJ system, by providing empirical research and evidence, is necessary. A proactive discussion about implicit racial bias can facilitate current efforts of narrowing the racial gap and benefitting future policies.

This review addresses the racial disparity in the CJ system in the following ways. Section II discusses and refutes a counterargument which concerns the nonexistence of racial bias and Black-White racial disparity in the CJ system. Section III reviews research about implicit racial bias rested in police discretion and practice, specifically in their stop-and-frisk decisions, decisions to arrest, and use of force. Section IV discusses the racial disparity in the sentencing stage, including prosecutors' discretion and judges' sentencing decisions. Section V presents evidence of racial bias existing in the use of solitary confinement during incarceration, as well as parole officers' decision to revoke release for reentry. Finally, section VI draws the conclusion. Each subsection starts with a potential counterargument briefly and then moves on to recent empirical studies to support that implicit racial bias exists in the CJ system.

The pronounced racial disparity across nearly all stages of the CJ system is disheartening. Recent empirical research with rigorous methods and analytical techniques have overwhelmingly evidenced the existence of implicit and explicit racial bias disfavoring Blacks in legal decision making among law enforcement agents. Such racial bias tends to widen the racial gap in the CJ system, as well as in the society.

Ideally, race, or being Black, should not have an impact on the criminal justice outcome. However, given the history of Black oppressions in the United States, the conclusion in this review is not surprising. This review does not imply that every white American holds racial bias against Blacks because most people have already agreed that racial inferiority and racial biases are wrong. Rather, implicit racial bias that harbored within law enforcement agents--such as (but not limited to) police, prosecutors, judges, prison staff, and parole officers--matters more than explicit bias. Such implicit bias could have more unintentional and detrimental consequences because it operates unconsciously for almost everyone. Even well intentioned criminal justice agents are not immune from its impact on their legal decisions and practice. Hence, implicit and explicit racial bias still exists in the current CJ system, possibly exacerbating the Black-White racial disparity in the future.