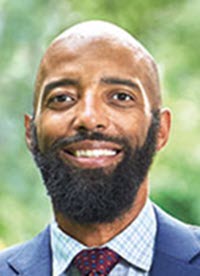 No matter where one stands on matters of law and order, the problems that characterize America's criminal legal system are well-documented. It is rife with inequity and plagued by unfairness. More often than not, criminal legal system outcomes turn on the characteristics, identity, and economic status of those targeted by the system and the actors responsible for its operation. It is overly punitive, generally devoid of empathy, and, in large part, fails to ensure public safety, individual accountability, or the health of communities.

Critiques of the criminal legal system that are rooted in race and racism have exposed it as a mechanism of social control, designed from birth to perpetuate an oppressive regime of racial caste and fueled by an irrational fear of people of color. History has witnessed the system evolve over time--in part through intentional design, in part through benign neglect, and in part through policies that ignore structural inequality to exacerbate harm-- to consume communities of color and relegate its subjects to second-class citizenship. These critiques have laid bare the deeply problematic decisionmaking that characterizes the criminal system.

In recent years, those concerned about the failings of the system, including policymakers, data scientists, technologists, and system actors have turned to technology as a means of curing its ills. They have done so with good intentions. Many want to eliminate racism in the system and implement policies in service of that goal, such as shrinking the prison and jail populations, ending money bail, and holding system actors to account for bias. Data-driven, fact-based, technological interventions that inform the decision-making of system actors are thought of as the solution.

Unfortunately, as presently envisioned and executed, the turn to technological tools is destined to fall short of its lofty and admirable aims. This Article suggests that to transform the criminal legal system, advocates need to adopt a lens centered on racial justice to inform technology-based efforts rather than simply layering tools onto it in its current state. Doing so would mean that rather than attempting to solve or eradicate racism, we would account for the role that racism plays as we design, implement, and engage in oversight of these technological tools. This Article applies a racial justice-focused theoretical framework grounded in critical race theory to confront and address the pressing problems presented by the use of technological tools in the criminal legal system. Ultimately, this framework suggests that we deploy such tools in a way that represents a paradigmatic shift in the way our current criminal system operates.

The problem technology purports to solve is not new. Decision-making in the criminal legal system depends on assessments by human beings at every critical stage of the criminal process, from arrest and prosecution to punishment and reintegration. The decisions that people make about other people--and the social and cultural baggage attached to those decisions--are among the clearest sources of systemic inequity. While some attempt to turn a blind eye to this reality, the quantitative data and qualitative experience make clear that the discretion of criminal legal system actors is infused with bias.

It is within that context, and with a growing acknowledgment of these truths, that efforts to reform the criminal legal system have been undertaken. Previous waves of reform have looked to shape or somehow improve decision-making by systemic actors to eradicate the implicit and explicit bias that fosters injustice. The introduction of artificial intelligence, predictive analytics, automated decision-making, actuarial risk assessment instruments, and machine learning--collectively known in this Article under the general umbrella of algorithmic tools--into the criminal legal field is, in some ways, just the latest attempt to improve decision-making and counter the frailties of human judgment.

Proponents of algorithmic tools market them to criminal legal system reformers and stakeholders as a novel approach with greater potential than all past reform mechanisms. This is not surprising given the great promise that these technologies purport to hold. They have been deployed in an attempt to forecast where crimes may take place, to identify potential perpetrators and crime victims, to predict one's risk of re-arrest or appearance in court, to determine an appropriate sentence, and to suggest when one should be released from incarceration. Proponents of the tools and stakeholders who have embraced them have heralded them as race neutral, countering one of the most persistent and pernicious concerns with the criminal legal system. And they have been posited as improving outcomes for all.

The reality falls far short of the promise. These tools, as designed and deployed in the current legal framework, fail to correct or upend the racial inequity that pervades the criminal legal system. Algorithmic tools aimed at forecasting the behavior of those who are ensnared by the carceral state ensure that all reform efforts will focus on changing the behavior of those being consumed by the system rather than the operation of the system. By choosing to target those who are accused and captured, algorithmic tools presuppose that the people going through the system must be fixed or corrected in some way, rather than altering the system itself. They foster retail reforms where wholesale change is needed. To make matters worse, the prevailing legal regime for rooting out racial bias in criminal legal system decision making insulates these tools from review or intervention, preserving the status quo. At best, they reflect the world around us. At worst, they perpetuate ôthe New Jim Code,ö the term given to ônew technologies that reflect and reproduce existing inequitiesö while being ôpromoted and perceived as more objective or progressive than the discriminatory systems of a prior era.ö

Reformers who seek to use these tools in the criminal legal system can and should only do so when they design, deploy, and implement them with a basic understanding of the nature of racial inequality. This idea requires that their proponents keep a fundamental truth in mind. That truth, which American history verifies, is that ô[r]acial equality is, in fact, not a realistic goal.ö Simply put, racial inequality is a permanent feature of the institutions that govern us and the society within which we exist. Or to put it in terms that technologists are likely to understand, racism is a feature, not a bug of American life. It is woven into the fabric of our country.

Accordingly, ô[e]ven those herculean efforts we hail as successful will produce no more than temporary æpeaks of progress,Æ short-lived victories that slide into irrelevance as racial patterns adapt in ways that maintain white dominance.ö To the extent we hope to see more peaks of progress during our lifetimes than valleys of despair, we would do well to accept this premise as true and respond accordingly. That means that rather than attempt to solve or eradicate racism, we should account for the role that racism plays as we design, implement, and engage in oversight of these tools. The evolving policy debate on the use of algorithmic tools provides us with an opportunity to do just that.

This Article proceeds in three parts. Part I explores the basic nature, character, and history of algorithmic tools across various stages of the criminal legal system, including an accounting of how they are designed, how they work, and the interplay between racial justice and the use of the tools. It complements existing scholarship exposing and addressing the racial justice and fairness concerns the tools raise. It also builds on my own efforts to grapple with the intersection of race and technology by underscoring a truth common to the current menu of algorithmic tools: that if we proceed along our present course, we can at best expect the reification of the pervasive inequities of today.

Part II addresses the potential solutions to the concerns raised by risk assessments in the criminal system. It expands on a growing body of scholarship that grapples with the intersection of race, algorithmic tools, and the law, to produce a series of policy recommendations for how we design, deploy, and assess technological tools in the criminal system. Those policy recommendations include acknowledging the permanence of racism; putting the onus on system actors and tool designers to demonstrate that they do not perpetuate racial harms, regardless of the intent of those who seek to use them; turning the tools on the actors in the system to scrutinize their behavior; and emphasizing qualitative narratives over quantitative data as we press for a system of individualized justice that values the dignity of those facing its punishing power.

Part III concludes with a discussion of the implications of using a racial justice framework and the interventions I have suggested. The recommendations set forth in this Article proceed from the premise that algorithmic tools have the potential to do just as much, if not more, harm than good. Immediate abolition of them or the system in which they operate is unlikely. But the implementation of the recommendations has the potential to bring us one step closer to a criminal legal system radically different than the one we currently employ. Such a system is one in which we have chosen to divest from policing, jails, prisons, and punishment and to invest in education, employment, health, and social welfare. That amounts to a transformation of our criminal system rather than a reform of it.

Whether or not algorithmic tools will catalyze the types of changes needed to fundamentally alter the way the criminal legal system operates remains to be seen. As communities, scholars, activists, and stakeholders have pointed out, these tools reflect back to us the world that we live in. If we are honest about it, what we see in that reflection is a criminal legal system riddled with racism and injustice. A racial justice lens helps us to understand that and demands that we adjust our responses to what we see to create the type of world that we want to inhabit. We can undertake that work, or continue along our present course and reify the biases and unfairness that already characterize our criminal legal system, but the ultimate choice is ours to make. If we choose wisely, we will use the tools--problems and all--to help us engage in wholesale transformation of the system.

Assistant Professor of Clinical Law and Co-Faculty Director, Center on Race, Inequality, and the Law at New York University School of Law.