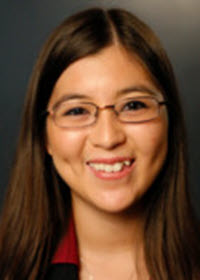 “I can't breathe.” Eric Garner's words echo into 2021 in different ways. For some, they reference COVID-19, a deadly respiratory disease that has snuffed out lives and stifled the national way of life for over a year. For others, however, those words mean something much different. They represent the voices of thousands of Black lives touched by the police and the criminal justice system. Perhaps unironically, as the United States suffocated under the weight of a global pandemic, George Floyd did so under the knee of a police officer. Like Eric Garner only six years before him, George Floyd died helpless as he struggled to find his breath for eight minutes, during which he repeatedly iterated that he was in distress. He even called for his mother. But perhaps most tellingly, he uttered the phrase that underscored a social movement: “I can't breathe.”

In 2012, Treyvon Martin, a seventeen-year-old Black boy from Florida, was shot by George Zimmerman, a member of the neighborhood watch, after being instructed by a 911 operator not to follow Martin. Although much of what followed is disputed, the general consensus is that an altercation ensued between Martin and Zimmerman, ending in Martin's death. Zimmerman was later acquitted of murder. After Zimmerman's acquittal, three “radical Black organizers” created the organization “Black Lives Matter” (“BLM”), and a social movement was born.

As more Black deaths made national headlines, like those of Tamir Rice, Tanisha Anderson, Mya Hall, Walter Scott, Sandra Bland, and Mike Brown, BLM garnered more public support—and notoriety. In 2020, the BLM movement came to the forefront once again with the death of George Floyd. Floyd was arrested on suspicion of trying to spend a fake twenty-dollar bill before a Minneapolis police officer held a knee against Floyd's neck until he suffocated and died. Now, amidst a global pandemic, renewed interest in the way Black people are disproportionately impacted by police has created a prime opportunity for criminal justice reform. This Article argues for just one such reform.

Since before the U.S. Civil War, the writ of habeas corpus has been deeply connected to race. Although first used to perpetuate slavery, over time, it was reformed into a mechanism to combat racial injustices. Historically, these reforms have come in the wake of watershed racial movements: movements that shed light on the race-based harms perpetuated by state governments. When states are unable or unwilling to protect federal rights, the solution has historically involved a habeas remedy and greater federal oversight. Because reform of habeas corpus—either by Congress or the federal courts—has consistently occurred in the aftermath of these watershed racial moments, the BLM movement should be no different. BLM is the next racial watershed, yet habeas corpus remains constrained by the Antiterrorism and Effective Death Penalty Act (“AEDPA”), which essentially precludes review except in the most unusual cases. Therefore, because the federal government, through Congress or the courts, has traditionally employed habeas corpus as a protection against race-based harms, the writ should be returned to its historical use: as a sword against racial injustice.

History has shown that habeas corpus and race have been inextricably intertwined. One need only look at the Reconstruction Era, Moore v. Dempsey, and the Warren reforms to see that habeas reform follows race-based social movements. Moreover, in every instance, the remedy was used as protection against state encroachment of federal rights—encroachment that was all too prevalent in the wake of the U.S. Civil War and Civil Rights Movement. Black Lives Matter should be no different. Police violence disproportionately harms Black people. This harm is an echo of the Civil Rights Movement, and one of the cures was to provide greater federal oversight through habeas review. The same should be true for BLM.