Race, Crime, and the Law: A Sociohistorical Analysis 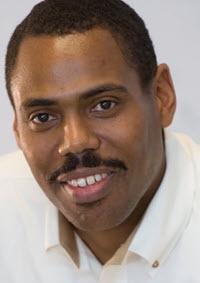 I have been researching and teaching the topic of race and crime for more than twenty-five years. During this period, a few things have become increasingly clear: First, students and the general public are woefully ignorant of the historical and significant role racism plays in criminal justice system outcomes. Second, students and the general public are woefully ignorant as to how complicit legislation and case law have been in perpetuating systemic racism within the American Justice system. Lastly, there is very little concern or acknowledgement as to the impact of these from the larger society. This paper highlights some of the earliest legislation and case law that connected race, crime, and the law.

It is well-established that BIPOC (Black, Indigenous, and People of Color) have had their challenges within the borders of the United States. One can simply use the early Black and Indigenous experiences in America to understand the nature of the overt discrimination that existed during the Colonial era-- that centered on stealing lands and maintaining the slave system. Manifest destiny and its white supremacist roots shaped the relationship between Whites and all other groups. During the European invasion of America, it is believed that the genocidal and legislative activities of the White settlers reduced the Indigenous population from “7 to 18 million [native] people north of Mexico” at the time of discovery” to “no more than 500,000 [natives] north of Mexico” by the late 1800s.” This reduction was the product of both direct violent encounters that targeted the Indigenous population as well as the estimated three hundred to four hundred treaties that were agreed upon, and which overwhelmingly favored white expansion over Indigenous concerns. Even with the favorable treaty conditions, the United States government ignored many of the agreements within said treaties. Presidents, such as Andrew Jackson, encouraged defiance of Supreme Court rulings in relation to certain treaties which found in favor of the Indigenous population. Additionally, federal legislation, such as the Indian Removal Act of 1830 and the Dawes Act of 1887, contributed to widespread Native American death through forced migration and assimilation, and the massive loss of ancestral lands.

While the Indigenous population has been the early and continuing targets of racial injustice in the United States, Black Americans have been at the epicenter of racial injustice in America since their forced arrival. As one observer astutely noted, “... African Americans have fought more legal battles over a greater length of time. They have fought battles, for centuries, against unfathomable legal obstacles.” Given this history, this paper focuses on the Black experience in America--as it relates to select legislation and case law that have contributed to the current state of affairs relating to racial disparities in crime and justice. More specifically, after a brief historical overview of the early Black American experience, this paper examines a few select cases and legislation from colonial times to the present that highlight how race, and especially Blackness (largely involving Black Men), has been the instigator of numerous decisions tied to the operation of the criminal justice system. Finally, this paper examines how the Black Lives Matter movement has the potential to move the needle in the area of racial injustice.

This paper provided an overview of the early beginnings of the race, crime, and law connection involving Black Americans. It shows an unmistakable pattern of early attempts to not only control slave labor through brutality but also through legislative enactments and case law. This pattern would continue in the post-Colonial era. It was also during these eras that the stereotypical image of the Blacks as criminals was born. These caricatures provided the impetus for the denial of basic civil rights-- both inside and outside the criminal justice system. It is also when racial disparities in the justice system emerged.

Today, Blacks continue to be perceived as more criminal than other groups and this likely produces a general sense that they do not deserve basic protections in the criminal justice system. To counter these perceptions and the treatment that follows it, Blacks continue to go to courts to secure justice. Unfortunately, the courts have not always been sympathetic to their plight. As such, the Black Lives Matter movement represents a way to, at the very least, push back against racist practices through protest and activism. Their recent successes suggest that they are here to stay and have the potential to make strides in the pursuit of racial justice.