High Time for Change: How Legalizing Marijuana Could Help Narrow the Racial Divide in the United States 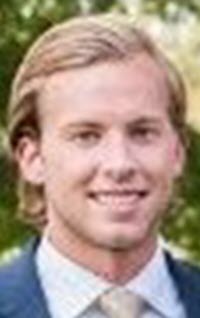 In November of 2012, Colorado and Washington made history by becoming the first states to legalize recreational marijuana use in the United States. A few countries around the world have similarly begun to relax their policies relating to marijuana. The Netherlands, Portugal and Uruguay have recognized that health-centered policies for treating marijuana use are much more efficient than treating drug use exclusively as a criminal problem. Marijuana is still illegal under federal law in the United States and is considered a Schedule I drug, meaning that the government believes there is no medically accepted use for the drug and there is still a high potential for abuse. The Obama administration has, however, been moving toward a more lenient and open stance on marijuana legislation reform. In two short years the number of states that have legalized or will vote on the legalization of recreational marijuana use has doubled, with voters in Alaska and Oregon both approving legalization. The nation's capital has also showed strong support for legalization, with almost 70% of voters approving the marijuana legalization initiative in the recent general election. Over thirty states currently permit some form of marijuana consumption for medicinal purposes, and eighteen states have decriminalized marijuana use. More states will vote on reforming their marijuana laws in the 2016 general election, and as the trend of marijuana legalization continues to spread across the country, its effects will become much more clear. Today, decades after the prohibition on marijuana began in 1937, minority communities have the most to gain from legalization, due to the disproportionately negative effects they have endured as a result of the prohibition and the war on drugs.

This note analyzes the current status of marijuana reform in the United States and suggests how the legalization of marijuana could reverse the racial divide that has been exacerbated by the war on drugs.

Part two will look at the history of prohibition against marijuana. This section will discuss how the failure of the prohibition has disproportionately affected minority communities throughout the United States and what some states have done to respond to certain injustices of the war against marijuana.

Part three will discuss how the United States has played a crucial role in the international war on drugs. This section will compare the marijuana policies of the Netherlands, Uruguay and Portugal and will analyze the interaction between the United Nations and the countries that have relaxed their marijuana policies.

Part four will discuss how some of the effects of the war on drugs could be reversed if marijuana is legalized in the United States. This section will look at the states and cities that have legalized recreational marijuana use or decriminalized it and analyze the short-term effects. It will also provide suggestions for reform and point out how the legalization of marijuana could benefit minorities while narrowing the racial divide. This Note will conclude by proposing that the rest of the country should legalize marijuana, not only because the war on drugs has been costly and ineffective, but because minorities are negatively affected by the illegality of a plant that many believe to be less harmful than the legal drugs alcohol and tobacco.

Much has changed since 1937, when marijuana first became illegal in the United States. Support for repealing the prohibition grows as more states experiment with legalization of the drug for recreational use, despite the federal ban. The relentless criminalization of marijuana has not had a noticeable deterrent effect on usage rates, and the failure of the prohibition against marijuana has fallen mostly on the shoulders of minority communities throughout the nation. Despite similar usage rates, minorities are arrested for possession at a much higher rate than whites. This difference in arrest rates has had a significant negative impact on minority communities nationwide.

The U.S. government should admit to the impracticality of fighting a war against marijuana, and it should implement laws that allow for regulation of the drug in a controlled and safe way. While little was known about the drug in 1937, it is now time for lawmakers to consider a marijuana policy that is based on social scientific evidence. Although marijuana should not be legalized solely because it has been proven to be less harmful than alcohol and tobacco, studies done by respectable scientists should bear significant enough weight to influence government officials and the American public as a whole that a revision of the flat-out prohibition against the drug should be considered. It is time for the U.S. government to stop overlooking the negative impacts that the marijuana prohibition has had on minority communities. Federal lawmakers can look abroad to see the success enjoyed by other countries that have experimented with decriminalization and legalization in order to implement a plan that is effective and based on results.

In the United States, where race plays such a significant factor in the likelihood of arrest, legalization of marijuana stands to have the greatest impact. While successful state action in Washington, Colorado, Alaska, and Oregon certainly helps the case for legalizing marijuana use, nationwide reformation of marijuana law is needed in order for there to be any significant reversal of the negative effects minority communities have endured for decades. The racial divide that has existed for decades may be hard to quantify or measure in definite terms, but the gap could certainly begin to narrow if the U.S. government implemented policies that did not produce such a disparate amount of marijuana arrests for minorities.